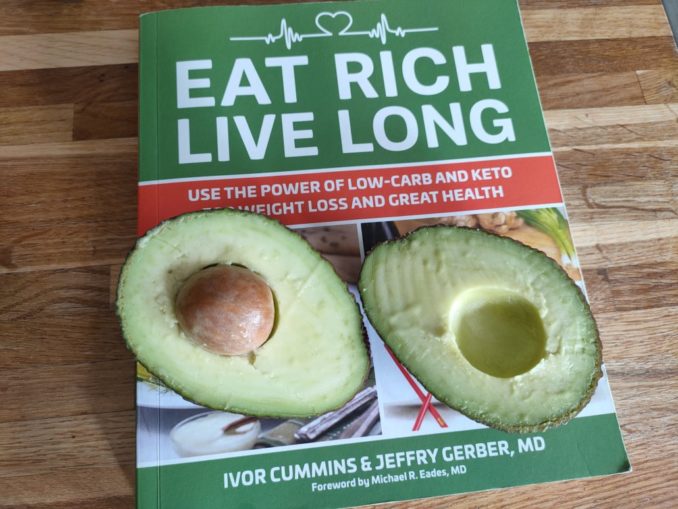 As most Puffins will know (based on my incessant posting of food photos), I have been on a keto/low-carb journey. The 24th of July marked the first anniversary of my adventure, so I thought I’d round things off with some reflections on what I’ve learnt in the last year.

My previous two articles (Part 1 and Part 2) focused on the technical side of eating a low carbohydrate diet. I’ll refer you back to these previous articles for a more detailed explanation of how keto/low carb works, but this is the summary:

I’m probably now at my optimum weight and fat level for a man in his mid forties, (short of getting into bodybuilding). Over the last year, my weight has gone from 102kgs to 78kgs. My body fat went from 32% to 20%. My waist trouser size from 36 inches to 32 inches. Most of this was achieved in the first few months. Recently, I’ve been less strict with the carbs compared to the early days but am generally sticking to my routine. I’ve been going to the gym regularly since February and cycling more.

One thing I’ve noticed is that I don’t experience any performance difference between going to the gym relying on burning fat versus loading up on carbs beforehand. I’ve been on 20 mile bike rides without eating any breakfast and felt fine. There is a lot of discussion on how to build muscle on a ketogenic diet, but the short answer seems to be it supports this very well.

So, the key takeaways, for me at least, are:

I have said in my previous articles that where people go wrong is to believe the ‘no pain, no gain’ mantra, and to think in terms of calories instead of what they are eating. Going low carb has been remarkably easy for me because I focused on learning about keto and then making the right changes. This knowledge is a bit like acquiring cheat codes in a video game. Nearly everyone starts a diet with their head filled with incorrect ideas about what works. Download the cheat codes instead.

All you really need to do is learn which foods are low in carbs and base meals and snacks around those. And which foods to cut out completely (at least to start with). Keeping it simple will increase the chances of success. You’ll soon realise that the most nutritious and satisfying foods are on the low carb list.

I haven’t learnt much more since my previous article on the technical side. I’ve read newer theories about how and why keto works, but it has been a case of diminishing returns in terms of knowledge. Once you understand the basics, that is more than enough to deliver the results. And so I’ve been reading about theories on topics such as lectins and mitochondrial decoupling, and I’ve been doing things like adding MCT oil to my coffee and drinking apple cider vinegar, but really it’s the core ideas that already have ample research to back them up that are more than sufficient.

Questions for the future

There is still a huge amount for researchers to learn about the keto diet.  Big questions include how sustainable is it long-term? Does it have hidden harms? Is cycling on and off of keto actually the best approach to give yourself better metabolic flexibility? How does it compare to intermittent fasting? I think the jury is still out on a lot of these questions, although it is clear that the mainstream commentators have an unfounded and biased assumption that keto is not sustainable and possibly harmful. There are enough people who have been on keto for many years to suggest it is sustainable and healthy.

On a personal anecdote, I had previously lost a decent amount of weight using intermittent fasting (the 5/2 diet). However, when I look at photos of myself from that time I still have a chubby face and double chin, despite slimming down my torso. I also found intermittent fasting very demanding and I was often moody. With keto, I now have a much more chiseled jawline, and have lost fat everywhere. My mood has been enhanced by the keto diet. It is obvious that intermittent fasting can have big health benefits. However, I would guess that it is much more beneficial to start getting into keto first and becoming fat adapted, and then moving to intermittent fasting once you’ve at least taught your body that it doesn’t need carbs. I suspect that doing intermittent fasting without achieving full keto is like doing the hard part of keto and then stopping just as you are beginning to reap the rewards.

How has Low Carb affected my life?

I didn’t realise how overweight I had become before losing the weight. I was not morbidly obese, but everyone saw me as ‘a big guy’. Now, everyone remarks on the transformation, and asks how did I do it? What I’ve learned is that in terms of influencing others, talk is cheap but providing an example is much more persuasive. Many people I know have tried low carb based on seeing my weight loss. They are immediately convinced that it must be effective. I have been able to red pill people on the topic of diet orthodoxy just by them seeing me and asking how it was done.

I also feel much better in myself. Little ailments that I assumed were part and parcel of life seem to have gone away. Cutting the carbs has been one of the easiest and yet best things I’ve done in my life. I wish I had known 20 years ago what I know now, but I’m still chuffed everyday about what I’ve achieved. I’ll end by expressing my gratitude to all the Puffins who have shown encouragement in the comments and shared their own stories and knowledge on this topic.

I started my new lifestyle a year ago by buying Ivor Cummins’ book Eat Rich, Live Long. I found this book very helpful at the time in terms of motivation and its scientific content. A year on and I continue to refer back to this book often. Its content has proven to be spot on, so I would very much recommend it as the best handbook for keto/low carb adventurers.

Knives and keeping them sharp

So.. we’ve discussed my obsession with Japanese knives (see: An introduction to Japanese knives) and there were lots of lovely comments, but one came through most – how to keep a knife sharp! This article [more…]

The last Sunday before advent begins (22.11) is traditionally known as ‘stir up Sunday’. This is when families would come together to make the mixture for their Christmas Pudding, all taking it in turns to [more…]