It isn’t my fault, honest, you may recall a certain nameless puffin of this parish who has a thing for shunting and the associated models who some time ago started to make a small model railway that a few of us drooled over.

GQ was probably involved somewhere, you know how it is.

Anyway, myself, as with others who read these articles, ignored the comments as is traditional, and in my case glanced around. You see I have a very dark secret, something to be deeply ashamed of.

There I have said it, at this point Mrs L is rolling her eyes, the neighbours are bringing children inside, well more inside, and bolting the doors to protect them I guess, in case this is infectious.

At the time I could do hardly more than glance around, there was the top of some drawers that could perhaps be used, indeed there was a considerable amount of “OO” gauge (4mm to the foot) model railway stuff in the garage, in boxes, that as is later turned out were also full of water but at the time I didn’t know this.

The problem was my other hobby is tabletop wargaming, which I don’t have anything like enough of but does seem to get everywhere. Problem, I could want a model railway all I wanted but there simply wasn’t space to resurrect the former 24’x13′ loft layout that was in bits in the garage, damp bits, damp mushy bits, with rust added.

And that more or less was that, more articles followed, I carried on reading them, carried on dreaming.

Then came time to move house, from rented to one we would own, I was half pondering space for a model railway, after a gaming table of course, and a beer fridge, priorities you see. This was about the time I discovered the mess in the garage, some could have been saved, maybe, but most was wrecked, coaches converted to have lighting now a right mess and an expensive Digital Command Control system rusted and corroded.

It ended up in the tip, and I swore blind that was it, move on.

Anyway, some idle curiosity was peaked when someone noted they were using a Digital Command Control system based around a cheap Arduino microcontroller, as some of you may be aware another hobby of mine is toying with these intriguing devices, it had never occurred to me they could manage the DCC stuff.

This is silly now I think about it as I’ve had one driving digital Scalextric slot cars (another wonderful way to spend money and fill space, they take up serious amounts of room), so I did a bit of digging, our other model railway fan is using an off the shelf system, which works, I want to fiddle which will likely result in one that doesn’t, but there is software called “DCC++EX” which you can download (it’s free!) and if you don’t mind assembling the hardware you can have a system for not many beer tokens.

The result was a bit of rummaging, a fiver spent on eBay for a motor controller add on for an Arduino and then the result was this: 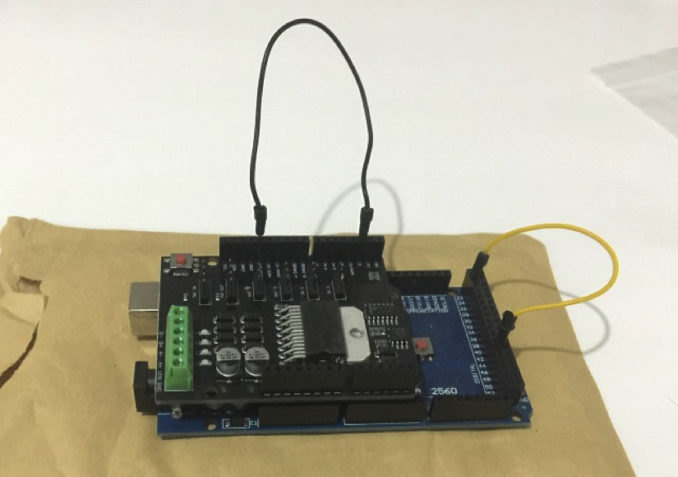 Which is an Arduino “Mega” (which I already had, costs about a tenner) and the five quid motor shield sitting on top of it. And that’s the base station, ok it needs a 12v power supply and a 5v power supply to make the motors and it work, but these were easily found.

This is not a model railway of course, it’s an 8-bit 16MHz microcontroller with a dual H-Bridge motor controller. In simple terms it’s a magic box that can drive suitably equipped model trains…

ahh yes model trains, at this point I didn’t own any, my intention, and it was the best of intentions, was to get one, maybe two second-hand locomotives and a few bits of ‘train set’ like rigid track, specifically so I could experiment with things like having a computer drive them, making signals work and similar – which to be honest I enjoy more than actually driving the things, its relaxing to watch them though.

shortly I had bought a while 14” of track and a single ancient locomotive, and I do mean ancient, at a guess mid-1980’s vintage for the model…

now those of you who have seen these things before will recognise two things, the sadder will see a British Rail Class 86 electric locomotive, and a special one as “accurate scale drawings” appeared to play no part in its production.

The really sad will recognise thats not OO gauge, and its not, this is “N” gauge, 2mm to the foot, in effect half the scale of the OO models. This has two main advantages:

This example is circa 5” long, shown here on half of the track I bought. This specific model interested me for several reasons, it’s not “DCC” equipped – indeed it was made long before such was practical as it works these days. It is however made by a company called “Lima”, from Italy, who apart from not knowing how to use a ruler used a common motor across pretty much everything which meant I expected the majority of the inside to be empty – i.e. space I could install the digital equipment into.

I tested this using a lab power supply and after a bit of cleaning it works, about as well as it did when the model was new (i.e. typical Italian electronics), but it does work…

Trouble is it’s hard to test when you have a length of track a shade under three times the length of the locomotive.

I still wasn’t really planning a layout, still not really having space for one, but I bought more of the straight track, now having 8 of the 7” lengths, and 8 curves, enough to make a small loop, a loop that critically would fit into a space less than 24” deep – this is the advantage of N gauge, a “OO” layout that goes round and round is usually about 4′ deep, essentially this will fit onto a desk or tabletop and can be cleared away.

With a painfully obvious inevitability the locomotive was joined by a pair of coaches to create a small train, small but, well it works, the “real thing” would be 10-14 coaches, even in “N” gauge that’s probably about 6′ long and will object to tight corners, even if the ancient locomotive could pull it, which I doubt.

This resulted in this setup,

A small but perfectly formed train, that is within the abilities of the locomotive to actually move.

Zooming out we have the “Layout” thus,

This shows a few things, the obvious loop of track and a few spare lengths, plus a few other bits of cruft not yet being used. It also shows in the top corner the little controller I made to actually drive these – more on that in the next article though.

Move along nothing else to see.

You know there’s a bit more, don’t you?

Well, the above locomotive wasn’t the only one I bid on, I bid on four, I thought maybe I would win one, but not more than one.

Well, ok I did think maybe I would win more than one, I mean two was possible, this is actually the same type of model as the first, a class 86, though this one has the scale wrong in different ways and a not very well applied custom paint job I will need to replace at some point. This one runs slightly better but has two flat tyres (more on that in another article as well).

A different one this time, a class 25 diesel, nicknamed “rats” as they got everywhere.

Ok look I never thought I’d win all of the buggers right? I mean seriously?

Ahem.. a class 47 joined the other three.

I do only have two coaches though, so that’s alright.

If you ignore the colours of the first one you may notice the other three are similar, a blue & yellow scheme with the “arrows of indecision” logo painted on the side, the younger readers may not recognise this, I mean trains are brightly coloured aren’t they?

one or two may notice something else, a tad more subtle, all of these could in that time frame be found running on the same bit of real railway, and in that there lurks a tail, a leopard’s tail in fact. 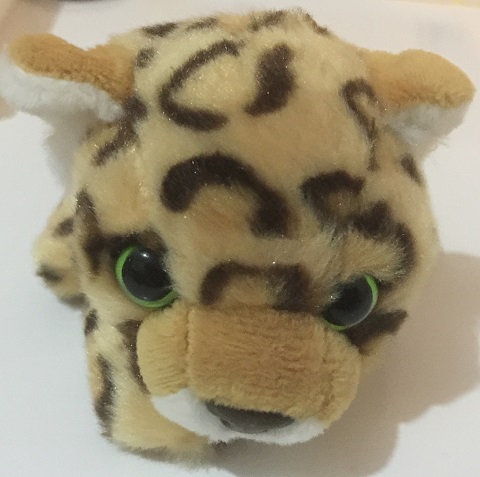 I think I told Puffins that my winter hobby day project (when I can’t get into the garden) was an engine shed for my model railway, Charlisle. Based on the old Kingmoor steam shed, long [more…]