Recently located in the piles of papers here at Ackroyd Towers was a copy of a report made by Lily Ackroyd on her “Take your daughter to work day” assignment for her class. She was approximately 13 when this little adventure was undertaken in 2004 and reading through it now I rather admire her early skill in story telling. Just to set the scene for GP readers I attach this prologue.

The nature of my business as a book-dealer precludes standard office practice, employing staff or, if I can help it, dealing with the general public face to face. However needs must when the devil drives and on occasion I am called on to visit long-term customers who are at the stage of selling their book collections. By chance I had already arranged to visit one of my oldest customers – let’s call him “RC” for the sake of privacy – in Northern Ireland on that particular day to view a large collection of books he wanted to sell. It seemed a good wheeze to add Lily, my step-daughter, to the party especially as Easyjet tickets to Belfast were £1.99 return from Gatwick to Belfast so that she could see how a collection was assessed and a deal struck. As the day turned out she had a much wider lesson in, among other things, economics, social anthropology, N.Ireland politics, bomb scares and the genuine friendliness of a people living on a socially divisive fault line quite unimagined in our reasonably safe Southern England community.

RC is a Protestant but not, as he says, a Loyalist who had been living in Armagh for 26 years. He has seven children (“call me a careless Protestant” he laughs). Thirty or so of his friends and acquaintances had been murdered in the last 35 years but now he had retired and having accumulated hundreds of books he was looking to realise some money out of the collection so that he and his wife could do some travelling. Selling the books was going to be a terrible wrench for him so easing them out of his possession needed tact and an offer that he would find acceptable.

Lily’s reference to “bandit country” is the area of South Armagh close to the border with Ireland. It has a black economy driven by considerable use of hijacking of goods in transit over the borders and intimidation of lorry drivers. Unbeknown to both of us at the start of the day we were to find ourselves deep in that countryside. But enough of my pre-amble. Here’s how Lily viewed the day…

I woke up at quarter to five on the morning of 18th March. I then had to get ready in the space of half an hour – which is like a minute to me! Getting ready in half an hour meant there was no time for breakfast. So at twenty past five me and Roger (my step-dad) set off for the airport.

After we had checked in and gone through security we sat down to have an early morning drink. I ordered a hot chocolate thinking it was one of the ones that has milk in it but to my disappointment I saw the assistant taking a few spoonfuls of Cadbury’s instant hot chocolate and add it to a cup of hot water. It tasted awful and the only good thing about it was that it reminded me never to buy Cadbury’s instant hot chocolate powder. Anyway, after a few sips holding my breath we had to go along to the boarding gate and board the plane. As Roger had booked seats with Easyjet – they only cost £1.99 return each! – there were no allocated places for us so we had to run to the back of the aeroplane to get two seats. As we taxied around to the runway we kept on bobbing up and down as if we were in some rough floored forest. The jolting got even worse as we sped down the runaway at 100mph. About 100 foot above the ground we disappeared into this thick mist which didn’t let us out until we had reached about 1000 feet. It was only a brief break before we lunged into the next thicket of cloud. Once we were out of that all I could see beneath me was a thick layer of cloud which I was very disappointed with. So I just sat back and read my magazine. 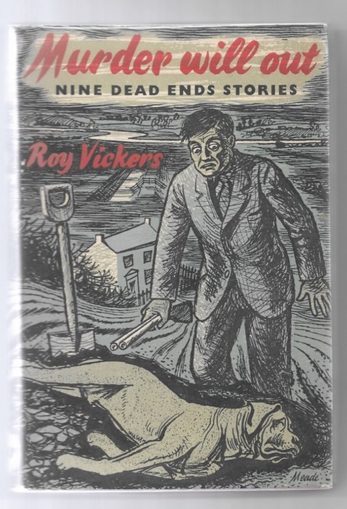 When we arrived in Belfast there was no need to go to the baggage collection as we had no baggage. We headed straight to the exit where we met RC, my step-dad’s customer who was waiting to take us to the car park. He asked me whether I understood him because he had a Northern Irish accent and whether I had been to N.Ireland before. The journey to Armagh took about an hour. On the way there I listened to the conversation and watched the passing scenery.

When we arrived in Armagh we parked to go and have breakfast but we could not park in the car park as a mysterious van was blocking the entrance. Two policemen were looking around it. No-one seemed to be too worried about it but as we were about to go into a restaurant to have breakfast we saw some people coming out. They said they had to evacuate the building as there might be a bomb in the van. So we went elsewhere to have breakfast. I had a scone, a pancake and proper hot chocolate (including milk and chocolate sprinkles) which did not include powder and boiling water! Roger said that if that van had been parked like that in London there would have been a full scale bomb alert and streets cordoned off. Here, everyone seemed not to care very much. RC said it was because the town centre had been bombed so much over the years that everyone had become very used to it all.

We then went to RC’s house. As we travelled there an army helicopter flew low over the road and descended into the army barracks. RC said that this was the safest way for the British army to get in and out of Armagh.  In RC’s house there were two rooms completely full of books spread all over the floor. It was then that we discovered that there were no boxes to pack the books up in as they had not been delivered (I had arranged for 30 double wall cardboard boxes to be sent direct to RC. They had not arrived – RA). Roger Looked up in the yellow pages for a packing supplier who had boxes ready to collect. We found one in Armagh but when we asked RC where exactly the address was he said that it was in “bandit country” near the border.

The packing supplier were at a top of a hill along a small country road, one that RC said was used regularly by smugglers and the IRA. You could see the border between N.Ireland and Eire. The assistant got the 50 boxes for us and we paid. On the journey back we went past the police station in the nearby town of Keady. It had very high security with tall metal fences and barbed wire around the top. They looked more like our prisons in England.

When we returned to RC’s house we started with the packing in the room with less books. Roger picked out some of the more valuable books that we would take on the flight home as hand luggage. The others were packed into the boxes which would be delivered to us about a week later. In that morning we managed to clear the first room. 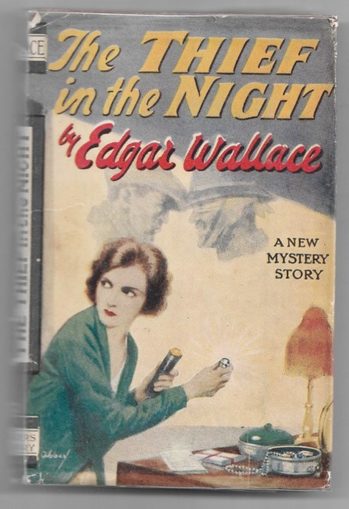 We then went out for lunch to a nearby restaurant attached to the old Bishop of Ireland’s Palace. It is now the local council offices and after lunch we were shown round some of the rooms. Amongst the various royal portraits on the walls was a large photograph of a council leader who had been blown up in his car right outside the offices. RC then took us up to Armagh Protestant Cathedral which sits on a high point above the town. On another high point sits the Catholic Church. RC told us that on one side of the town live most of the Catholics and on the other, the Protestants. When one is buying a house in Armagh it is always made clear in what part of the town you want to live otherwise there could be serious trouble.

We returned to RC’s house ready to pack the rest of the books but as we opened the door we found that the original boxes had just been delivered! So we finished packing and found that we still had half the new boxes plus those just delivered unused. They would be sent back with the packed boxes. Roger and RC started haggling over the price of the books.This was the most difficult part of the transaction as RC wanted £5000 and Roger only wanted to pay £3800. Finally they reached an agreement that suited both Roger and RC (£4500 was the final price settled). It gave RC enough money to travel and benefitted Roger by allowing him to make a profit. RC said that when he was on the Spanish golf course in the autumn he will think of the books and how they allowed him to enjoy this time.

After we agreed the price we had tea and cake and RC drove us back to the airport. We arrived early and so had plenty of time for dinner before checking in and going through security. We arrived in Gatwick at about 10.30 and by the time I got to sleep it was 11.30. We had been up for 18 and half hours and I was feeling pretty sleepy.

Heaven knows what Lily teacher’s made of her day out but my guess is that her report made a refreshing change from the more mundane essays that landed on their desks. Reading it again just this last week Lily, now aged 30, wondered why she was so obsessed by chocolate drinks! All in all I count this day out as one of the bricks in the wall of her rounded education. It is certainly something she remembers with affection.

RC is still alive and still buying books from me. I suspect a return visit to N.Ireland may well on the cards at some stage in the future.

Review – The Strange Death of Europe, by Douglas Murray

“File:Douglas Murray (2).png” by Elekes Andor is licensed under CC BY-SA 4.0 Much has been made of Douglas Murray’s Strange Death of Europe.  I’ve just finished it and present a quick review.  Needless to say, [more…]

Monday Good morning folks, I hope you noticed that this is my 150th diary entry I am sharing with you. It’s another lovely sunny morning but it’s not quite as warm. No Bozzie at breakfast [more…]

You will recall that we three intrepid cyclists, Cough, Pat and my good self, had landed in Blangy sur Bresle, a small village on the border of Picardy and Normany on the second night of [more…]