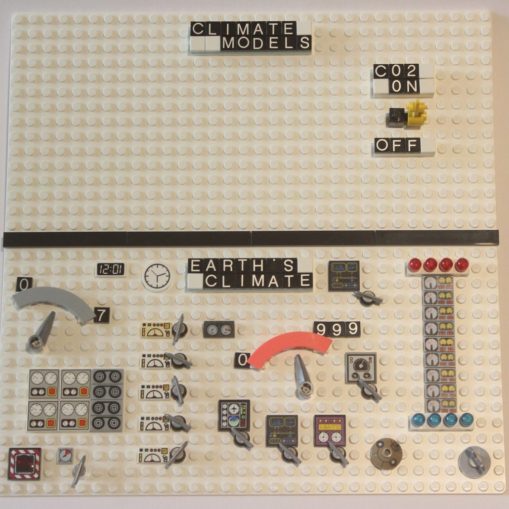 I wrote a few notes on Warble Gloaming recently, and with the gloomfest that is COP26 looming I thought it might be time to revisit them.  Here’s the second, on that well-known danger to Life On Earth As We Know it, carbon dioxide.  You might discern that I’m trying not to take the pronouncements of Impending Doom too seriously!

The big issue of today appears to be the climate emergency, have I got that right?  Well, what is causing the problem?

Carbon Dioxide, yup, got that.  400 parts per million atmospheric CO2, definitely a problem.  I understand that commercial greenhouses bump up the CO2 concentration above this so as to boost plant growth.  Carbon Dioxide is plant food, it seems.  Do you think there is a level of atmospheric CO2 below which plants will not grow?  Just an idle speculation, but do you think there is a range of CO2 concentrations within which life works, and outside of this range it don’t?

I remember the scene in the Ron Howard film Apollo 13, where the CO2 scrubbers in the LEM were not keeping pace with the breathing of 3 astronauts for 4 days, as they’d been designed for 2 astronauts for 2 days.  The solution was an ingenious Heath-Robinson contraption that connected the different-shaped canisters from the CSM into the LEM’s system.  Maybe that should be Rube Goldberg and not Heath Robinson, given it was an American project.

Well, the CO2 levels in the LEM got up to 6%, that’s 60,000 ppm and 150 times our current level of atmospheric CO2.  Perhaps that’s the top end of the liveable range. At the bottom end, the level at which plants start to die off is probably in the 50-170 ppm range.  The back of my envelope suggests we have a fair bit of leeway at the moment.

It would be interesting to add up all the sources of CO2, and all the things that take it away, and see which ones are the most important.  While we are at it, maybe we should investigate whether there are other ‘greenhouse gases’ and how prevalent they are, and how much effect they have in warming or cooling the planet?  Water vapour, for example.

But what about the times when we had Frost Fairs on the Thames, roughly every winter from the late 7th to early 19th Centuries, what caused all that?  I saw an Extinction Rebellion stall in town, in the days before we were all locked down, so I went up and asked about that.  Volcanoes, he said.  I wasn’t aware we’d had continuous volcanic eruptions over a thousand-year period, but let that pass.  And isn’t it received wisdom that volcanoes emit vast quantities of carbon dioxide?  Let that pass also.

So climate change is caused by CO2 and volcanoes.  I wonder which is the most important factor, and whether they both operate in the same direction.  We have had quite a few volcanoes recently, such as that one in New Zealand that got some very unlucky tourists.  And the unpronounceable Icelandic one that stopped all air traffic for a matter of weeks, back in 2010.  (It was Eyjafjallajökull, since you ask.)

And did you know that the Romans grew grapes for wine in the UK as far North as Carlisle?  Surely it must have been a tad warmer for that to work.  I wonder what caused it to be so much warmer in Roman times.  Another thing the Romans have done for us, maybe.

Is there anything else that causes climate change, apart from CO2 and volcanoes?  Do you think that – and I know I’m going out on a limb here – the Sun might have some effect?  Just maybe?

OK, if you are still with me, we have a notion that our weather is caused by CO2 in the air, by volcanic eruptions, and by a ball of thermonuclear fire that’s 93 million miles away (thank goodness).

Now I don’t have a Grand Unified Theory of Weather.  Does anyone?  Is there somewhere a model that contains all the things that cause our weather and predicts, accurately, the outcomes for a given set of inputs?  I did hear that the Met Office were taking delivery of yet another larger and more powerful supercomputer, just to get the weather forecast a bit more accurate for next week, so I suppose the answer to my question is ‘no’.

But this brings me to another question.  If we don’t know, and can’t prove, what is causing our weather, why are so many people convinced that the villain of the piece is plant food?

Winnie The Pooh and the Brexit Delivery Group

“So,” said Pooh, scanning the assembled animals who had joined his Brexit Delivery Group under the misapprehension that there would be free biscuits and tea, “Following the Downing Street Coup, we have been given the [more…]