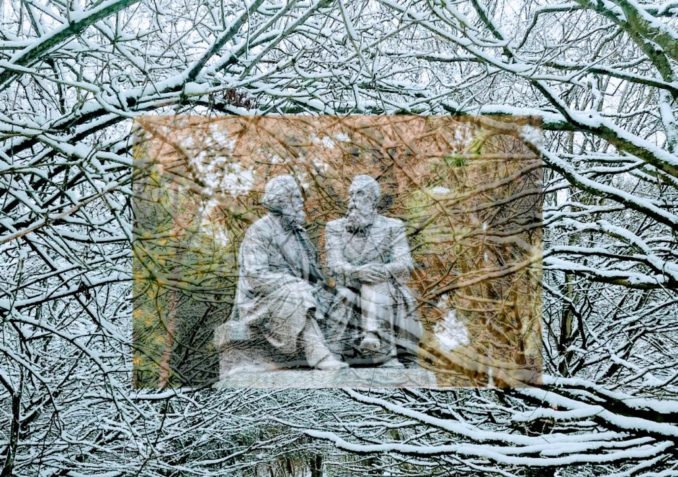 Introduction – one ideology to rule them all

You have probably heard of the term Cultural Marxism on the internet. What exactly is it, and how can it explain everything?

I have come to the conclusion that Cultural Marxism is the ideology that best explains the beliefs and actions of those who identify as ‘progressives’.

(Note: I have chosen to call such people ‘progressives’ because I feel that this is the closest match to what I am about to describe. A helpful rule of thumb for identifying such people is whether they support political correctness.)

Directed by the philosophy of Cultural Marxism, progressives have effectively formed a new class of people who all think and act in essentially the same way.  Collectively, these people now hold almost total power in the West. They control all mainstream political parties, all public institutions, all mainstream media and big tech, all of education, all creative industries, and all corporations. Where they do not have total control, they are steadily converting outstanding areas to progressivism. If someone rejects their ideology they are replaced with a progressive equivalent. As such, Cultural Marxism explains just about everything that is happening around us, and to us, politically and culturally, today.

That’s it. That’s all you need to know to be a progressive, or to understand Cultural Marxism.

This simplicity enables Cultural Marxism to be continuously applied – as a process – in any social or political context. Unlike classical Marxism, it has no end state or final goal. It is spread through ‘memes’ – ‘units of cultural information spread by imitation’.  Cultural Marxism can also be viewed as a fractal system. Each part has the same character as the whole. It is a beautifully simple process, but it replicates into tremendous complexity – like snowflakes blanketing the landscape. Another way to view Cultural Marxism is as an ‘idea pathogen’ – the term coined by Gad Saad in his book The Parasitic Mind – how infectious ideas are killing common sense.

Cultural Marxism developed from Classical Marxism, which defined the oppressor and oppressed as the bourgeoisie and the proletariat. The class struggle of Marxism became less and less relevant as living standards increased during the twentieth century. Ultimately, Marx’s predictions failed miserably and this caused a crisis in the left culminating in the 1950s. A new theory of oppression was required. As a result, ‘cultural’ is now pre-fixed to denote the expansion of Marx’s original theory into the new definitions of oppressor and oppressed groups now required to bring about social progress. The new groups are highly malleable and have been increasing in number over time as more ‘minorities’ compete to assume the role of the victim within the system.

“But surely this makes no sense”, I hear you cry, “under Marxism we had two clearly defined groups. How can Cultural Marxism create an indeterminate number of victims and avoid contradicting itself?”  Well, it can’t, which gives rise to the logically challenged concept of  ‘intersectionality’ – how different identities intersect on a through-the-looking-glass map of oppressors and oppressed.

Cultural Marxism explains all of the glaring cultural double-standards we witness today. Why do the police appear to treat different groups of protesters differently?  Why is it ok for one person to say something but not another? Why does the MSM ignore certain news stories but promote others?  People who think logically and assume that society is governed by the rule of law and equal treatment are continually confounded by these examples.  The explanation is always Cultural Marxism.

Is Cultural Marxism a conspiracy theory?

Although often sympathetic to Marxism, progressives dismiss Cultural Marxism out of hand as a far-right and anti-semitic conspiracy theory. The first google search result will warn you of this. The Guardian will tell you that Cultural Marxism is mad and bad, but the Guardian also helpfully traces the theory’s roots to a group of left-wing thinkers – the Frankfurt School. These were the men who solved the Marxist crisis in the 1950s. When I was at university in the 1990s it was called Critical Theory and was viewed as a neo-Marxist theory for analysing literature and society as a whole. Mainstream academia tells us that Critical Theory seeks to ‘understand and to help overcome the social structures through which people are dominated and oppressed‘. In practice, Cultural Marxism is just another name for Critical Theory.  Moreover, if you ask progressives what they believe in, they will describe the exact same theory.  The same theory when proposed by non-progressives is an evil fantasy, but when proposed by progressives themselves is good. Go figure.

As I said earlier, Cultural Marxism is a process which directs the beliefs and actions of progressives. Progressives are being trained from an early age to think and respond according to this ideology. Within Universities (particularly the social sciences), it increasingly appears to be the only way of thinking. Let us examine how it works.

This process will be encouraged by making the progressive feel morally good, or by the threat of punishment if they object in any way. Making them feel good is the preferred motivator – like Pavlov’s dog being rewarded. Punishment follows exactly the same process as just described but with the transgressor now identified as the personification of the oppressor group.

The beauty of the system is that it is self-policing. When progressives attack someone, they are usually attacking a weaker form of progressivism. An example of this is tribalism within mainstream politics. The Conservative Party is a progressive party. There is no objective way to challenge this fact. But many progressives will consider the Tories the enemy and spend their time fighting them to bring about a stronger form of progressivism. The true opponents of Cultural Marxism are expelled at the start – they are extremists and that is that.

An Example of the process in action

A multinational corporation decides it must do something about gender diversity. It does not admit that it has a problem with women in the workforce, but it recognises that women have been oppressed throughout history by men and notices that only a third of its executives are female. Men have privilege, Women do not. It therefore makes gender-diversity a core objective, communicating this out to all employees.  It will be introducing a 50/50 gender target for executives. Men are encouraged to register to be allies of women in order to help them. This is true of men who may themselves be much further down the career ladder. Men are told that because of unconscious bias they are holding women back. As such, interviews must have an equal number of female candidates and no men are allowed to interview women without a female interviewer being present. [As an aside, studies have shown that women are less likely to recruit other women compared to men]. The corporation cannot actively discriminate in job adverts because the law is not yet fully progressive, but it can make sure its interns are gender balanced regardless of the make-up of applicants. Female only workshops will be held on career development. The next board position will be reserved for a woman. People start remarking that at meetings there are ‘too many men’ in the room. The phrase ‘male, pale and stale’ starts being used. As a result of these actions, the wife of a man in junior management at the corporation needs to continue working in a menial job whilst raising their children because he misses out on promotion.  Another man who grew up on a council estate in a single parent family is passed over for an influential committee position in favour of a woman whose father is a multi-millionaire and who went to Harvard.

The following month, the corporation decides that the same thing will happen but this time on the topic of racial diversity.  How does it reconcile this with what was just said about gender? How do white women and black men now fit into the equation? The corporation has now encountered the problem of intersectionality. It tackles this by focusing on one cause at a time and eventually settles on talking about Diversity and Inclusion as one big vague blob.

How do we cure progressives of the idea-pathogen of Cultural Marxism?

Progressives have been conditioned to instinctively apply the Cultural Marxism ideology as their moral and political filter. This makes curing them a major challenge. However, they do not apply it consistently and in every domain of their lives. When posting on social media they can exhibit the ideology to perfection. In the real world, though, we see more ‘revealed preference’ behaviour. This gives rise to the many hypocrisies we see coming from progressives. Virtue signalling is the way progressives attempt to make up for their shortfalls in ideological purity. A bit like how a rambler falling behind the group will start making long strides to catch up. It is an impossible task because Cultural Marxism is fundamentally illogical and contradictory. The progressive therefore faces an endless life of cognitive dissonance. Needling away at this practical problem may help to cure some.  This is the ‘truth’ approach. At a fundamental level, the ideology is simply not true and therefore progressives are creating a world built on lies.  However, the normal response to such cognitive dissonance is to double-down. Ultimately, humans can live quite comfortably with lies.

As I see it, the only way out of Cultural Marxism longer term is an evolutionary one. For the idea-pathogen of Cultural Marxism to die out, either the host must be so weakened as to have no choice but to reject the pathogen in order to survive, or a fitter ideology must replace it. The problem we have is that even as our culture visibly declines from the insanity of identity politics, progressives are nevertheless still incentivised to promote it in order to maintain their own status within the failing system. Religious people will suggest a return to older belief systems, but the problem with this is that the pathogen has already out-competed these.  Indeed, we have seen how religious leaders have literally bent the knee to the new ideology.

It is at this point that I run out of ideas and welcome hearing from others. From a personal perspective, I have taken the journey from someone who used to identify as a progressive to someone who now totally rejects this ideology on moral grounds.  I have found that removing myself as much as possible from the progressive landscape is an effective coping mechanism. But this is in no way a satisfactory outcome.  Others will argue for a more combative approach. But confronting Cultural Marxism aggressively appears to just fuel it further. I fear we may have no choice but to learn to survive and to do our best to be well prepared should the system suddenly collapse. To ‘ride the tiger’, until it exhausts itself. As it surely must.

My Pocket Knives and Multi-tools

Who doesn’t love the classic pen-knife or Swiss Army knife? Memories of running around in short trousers, whittling sticks and getting up to mischief in the great outdoors. Having a folding knife that you can [more…]

Fakenews and Degeneracy – The Farage Tape

I’ve just watched an interview with a national Party political leader. The interviewers were Piers Morgan and Susanna Reid. The interviewee – Nigel Farage, Leader of the Brexit Party. Before you watch it (link below), [more…]

Following on from my article on pocket knives, here is one on my pocket torch collection. As with the knife article, I will focus on form and function rather than a lot of technical information. [more…]