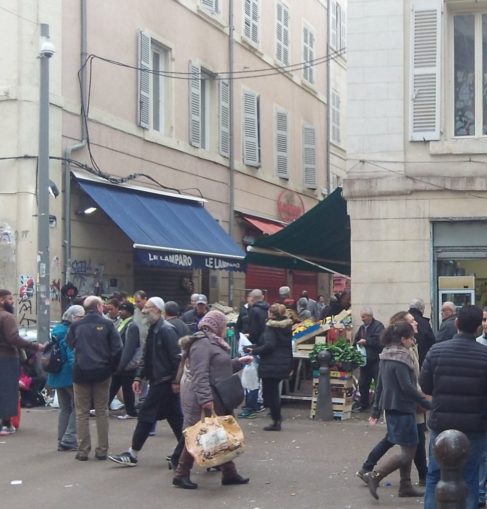 A sure-fire way to spoil the mood at Paris dinner party is to airily remark, when the conversation turns to literature, that you have read and enjoyed Le Grand Remplacement (The Great Replacement), by Renaud Camus. As it happens, I have not had the pleasure, but here is how Camus himself described his book to “Le Nouvel Observateur”: (Oh, c’est très simple : vous avez un peuple et presque d’un seul coup, en une génération, vous avezà sa place un ou plusieurs autres peuples. C’est la mise en application dans la réalité de ce qui chez Brecht paraissait une boutade, “changer de peuple”. Le Grand Remplacement, l changement de peuple, que rend seul possible la Grande Déculturation, est le phénomène le plus considérable de l’histoire de France depuis des siècles, et probablement depuis toujours.) “Oh, it’s very simple: you have a people, and all of a sudden, almost in a generation, you have in its place one or more other peoples. It is the implementation in reality of what in Brecht seemed a joke, “exchanging the people.” The Great Replacement, the exchange of peoples, which can only be made possible by the Great Deculturation, has been the most significant phenomenon in centuries of French history, and probably ever.” Bien pensant people, as well as the entire French establishment, dismiss this work published in 2012 as xenophobic, scare-mongering conspiracy theory. But the fact that it has only grown in renown and reach over the years, making its provocative title familiar to everyone, suggests the opposite: Camus was onto something, and is widely believed. 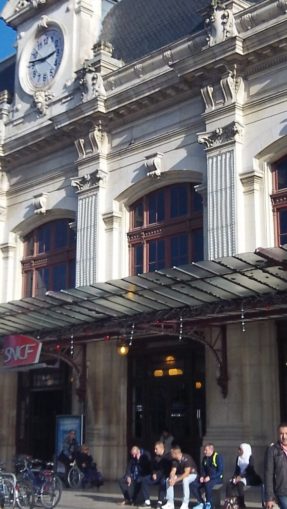 It is indeed easy for well-heeled, well-meaning French critics to dismiss Camus, because France, in stark contrast to its even more xenophile neighbour Germany, does not systematically collate demographic data. It is impossible to know the size of immigrant populations with anything like precision. Census figures based on origin, religion or ethnicity are banned or restricted by law, a reflection of France’s commitment to colour-blind egalitarianism and its reluctance to recognise race at all. This of course makes all analysis of demographic trends a minefield. Here I tentatively venture into it.

Such statistics as are available come from the public bodies INSEE (Institut National de la Statistique et des Études Économiques) and INED (Institut National d’Études Démographiques). INSEE put the immigrant population in France at nearly 6 million in 2013, a figure which can be more than doubled when “descendants of immigrants” are added (6.8 million in 2008). That suggests a total of French citizens of immigrant background of well over 12 million in 2013. But this figure too is likely an underestimate, as it ignores the estimated half-million people entering France legally and illegally each year since 2013 (though that would be somewhat offset by traffic in the other direction), and also their children then born on French soil. INSEE’s definition of “immigrant” – a person, resident in France, born abroad and of foreign nationality at birth is limiting and understates the foreign-background population — probably deliberately, since, much as Europe’s leaders eulogise mass immigration, they rarely dare to tell European peoples the full truth of its extent, preferring to say as little as they can without incurring accusations of outright deceit. The real number of people of non-European background in France — that is, those born or who settled there — is estimated at 15 to 20 million by Radio Courtoisie (2017). That is close to one-third of the population. Anybody who has spent a few days in France’s major cities will agree that this is how it feels. 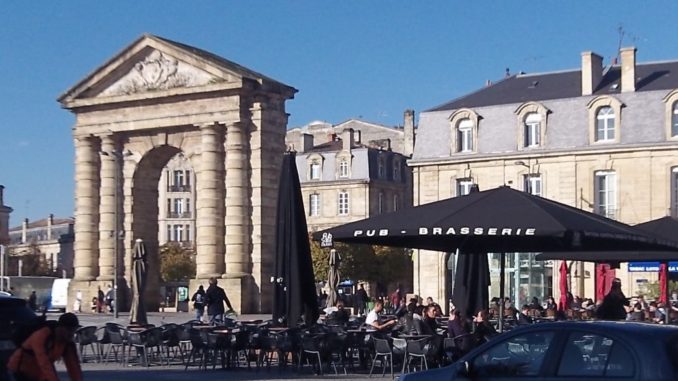 Workarounds are needed to deal with the dearth of hard stats. One example is the use of sickle cell disease (SCD) screening data. SCD is a genetic illness associated with people of mainly negro but also Middle Eastern and Indian origin. Because the screening was a national programme, it also cast an unintended light on the growth of non-European populations in France. Specifically, it suggested that the number of non-European babies born in France had risen from 19% in 2000 to nearly one-third in 2010, reported Falko Baumgartner in an article titled The Africanization of France. In 2010, by the SCD measure, 60% of newborns in the Paris area were descended from non-Europeans.

Other crumbs of knowledge can be gleaned from the French bureaucracy. France Stratégie, a group affiliated with the Prime Minister’s Office, has released data showing that greater Paris saw a rise in numbers of non-European migrant children from 6.5% of all children in 1968, to 36.6% in 2015. Even in the 1980s, when I was living there, the figure looked about a third to me. Revisiting Paris in the current century, it is obvious that the non-French population is getting on for half or more. This is, after all, what has happened to all of the surrounding capital cities: Brussels, London, Luxembourg and Amsterdam, where indigenous populations have been reduced to around half or less in every case. Why should Paris have been spared this demographic transformation? Already in some districts of Saint-Denis, the number of non-European migrant children is as high as 77%. I would guess that Marseille is already well over half non-French now. And bear in mind that the figures we are tentatively working with here mainly date from at least five years ago. They do not take account of the migrant influx in 2015, 2016 and later. 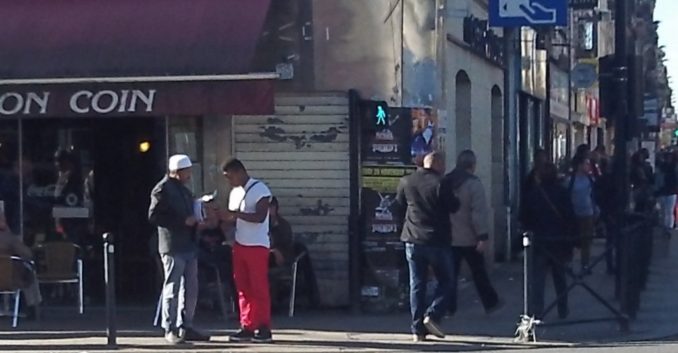 Lastly, it is necessary to look once again at Islamic demographics. Because of the ban on this kind of data-gathering, “low and unrealistic” estimates of the Muslim population of France — 6-8% — prevail in the mainstream media, according to Jerôme Fourquet, an analyst for the Institut Français d’Opinion Publique polling institute. That is to say, about 4 to 5 million out of a population of 65 million. However, tangential data push these estimates sharply upward. For example, over 18% of French children born in 2016 had a Muslim first name; the rate was much higher in the big cities (25-40% in highly urbanised counties in Greater Paris, Greater Lyons, the Mediterranean area, Eastern France and Northern France). This not only illustrates the tendency of Muslims to have large families, argues Fourquet, but also suggests that the original data on Muslim settlement were fundamentally flawed; that there were far more Muslim parents to start with, as many demographers have suspected since the 1990s.

Not only are Muslims more prolific than other immigrant groups, but they are also less easily integrated. Fourquet draws a comparison between three well-documented 20th-century immigrant groups, the Catholic Polish immigrants in northern France, the Eastern Orthodox Armenian refugees in Marseille and the 21st-century Muslim immigrant community. First-generation Poles and Armenians tended to be very conservative, he says. They married among themselves and gave their children Polish or Armenian first names. But second-generation Poles and Armenians, while respecting their roots and religious background, fully integrated into the French mainstream. They were open to intermarriage and gave their own children French first names. Second-generation Muslims, by contrast, are just as conservative and ethnocentric as their parents, and even more so in some respects. Outwardly expressed religiosity has been increasing among them over the past two decades: 71% of all Muslims fast nowadays at Ramadan, against 60% in the 1990s; only 22% of all Muslims accepted the consumption of alcohol in 2016, against 39% in the 1990s; 35% of all Muslim women wear the hijab, against 24% in 2003. Intermarriage with non-Muslims has been steadily declining: even Muslim men who in the 20th century felt free to consort with non-Muslim women now prefer to restrict themselves to religious cohorts. And most second-generation Muslim parents still insist on giving Muslim first names to their infants. 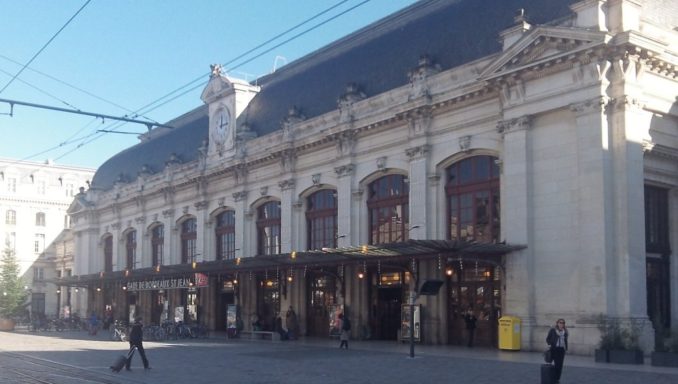 So, yes, the Great Replacement is real. The French are already becoming minorities in their main cities, and they are likely to become a minority in their homeland within 50 years if current trends persist. The tragic thing is that France’s birth-rate is not actually all that alarming. It has stood at 1.85 or thereabouts since 1975, only just below replacement level. There is no need to import anybody. As is the case everywhere in western Europe, the disaster is being driven instead by the self-hating idealism of an intolerant and dangerously naive elite and the unsentimental demands of big business for cheap and mobile labour. And it is tacitly endorsed by the complacency and, frankly, cowardice of citizenry terrified of the charge of racism, the modern-day witch-hunter’s accusation. Such protests as there are come from mavericks, who can be easily isolated and extinguished if they have no platform or shield of personal fame.

One thousand years of French history, then, are circling the drain. In a couple of generations, the Hexagon will no longer be the homeland of the French in any meaningful sense, though the vigorous and attractive national culture (unlike the shallower, less alluring popular cultures of Germany, Holland, England or Scandinavia, which are being swamped by Americanisation masquerading as globalisation) and much of rural France will probably survive longer. Don’t tell me the country has been “enriched” by all this. I knew and liked the old largely monocultural, monoracial France. I preferred it to the shabby, crime-ridden, demoralised and divided new France, which has lost so much, without gaining anything positive at all from mass immigration.

You may wonder, dear reader, after ten episodes and a prologue, where all this is leading. It certainly doesn’t seem to be leading to Lille. Bear with me. You’ll recall that, for obvious reasons, the [more…]