I am a techno-luddite when it comes to mobile phones. “I just want it to ring when someone calls me and I want to call other people”. When I had a trip planned to Colorado I wanted a decent camera and chose an Honor 8X for price, size of screen and camera.

But it’s the display size that has made it so useful to these aging eyes – and the Bluetooth. 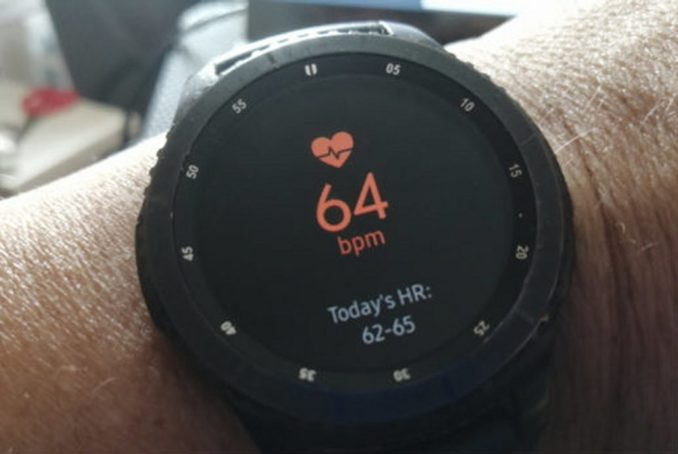 The pressure is on!

It started when my GP asked if I could send her my blood pressure readings. For people who don’t have a BP monitor you can go to the surgery and use their machine. I had a machine but rather than take a single reading and send it I wanted a good reading out of  “Best of three, best of five…..” That meant taking my BP and writing it in a spreadsheet.

I happened to be in Costco and saw a wireless BP monitor from Omron. Having a long IT background if I can computerise something that engages me in a few minutes of connecting something up then it’s worth the money for me to have something to play with.

As it happens, the Omron kit has a big battery so the “Bluetooth is strong in this one”.

Now I have a record of my BP with averages I can just send in an email to the GP. 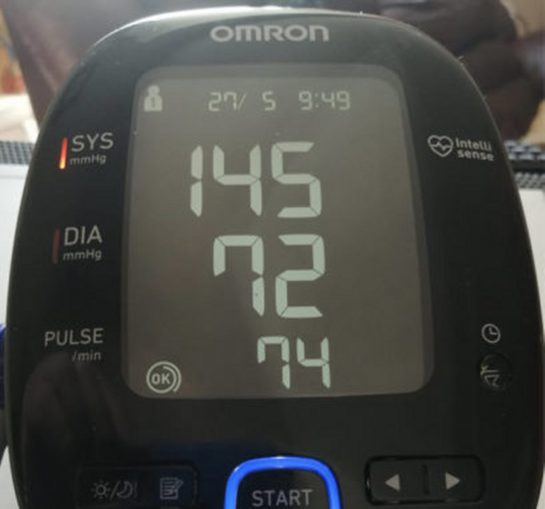 I test my blood glucose about five times a day. Agamatrix were smart. They sent their test meters to the GP’s to distribute for free so that they could make money from the test strips.

Nothing wrong with the meters except the old LCD screens were hard to read if the battery was fading and if you changed the battery you had to set it up with date and time pressing sequences like an old digital watch. I have never set up my meter. I just kept pressing buttons in some random manner until the display showed it was ready. The date could have been set to 1929 for all I knew.

To keep a record, again, I’d have to scroll through hard to read previous results and enter in a spreadsheet.

I knew there was a wireless version of the meter but it was hard to find. Eventually I took the plunge and bought it from eBay for only £20.99. (I generally don’t like eBay).

A tiny unit and a bugger to get to connect via Bluetooth to the phone. But, once you have it synced with the app it will set date and time for you. Also, the LED screen is bright and easy to read. I don’t need to know the history I just need to know the reading now.

You can then optionally connect to the app a few days later and it will keep your records for you. The only fault is it recording what it thinks are “pre-meal” and “post-meal” results. Irrelevant to me because I eat whenever I like and I can’t be bothered to input what insulin take. I keep a close eye on my blood sugar. 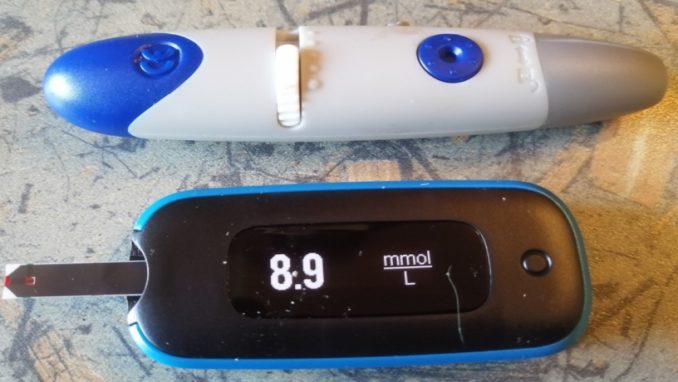 Agamatrix were excellent because my eBay unit arrived with flat batteries and the two spare stopped after three days. “It’s probably the capacitor. We will send you a new unit. Just put the one that’s not working in the envelope we will be sending you”. They’ve got to keep those test-strips rolling!

Nothing really to do with Covid-19 but some months ago I realised that around 5pm every day I would yawn. Yawning can be associated with low blood oxygen and I thought about getting a Pulse Oximeter. It’s that finger grip thing that hospitals, and paramedics, put on your finger to find out if you need oxygen. 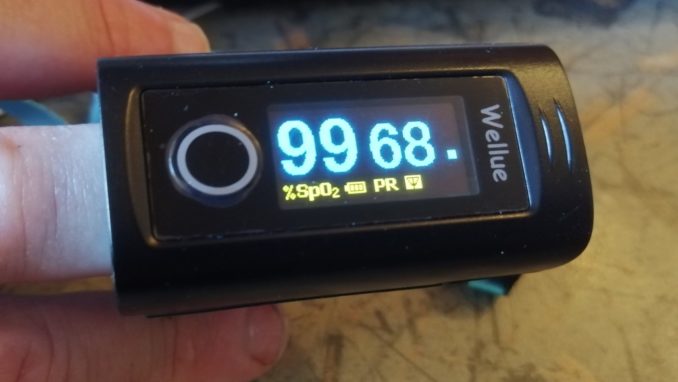 I browsed Amazon and rather than a cheap Oximeter direct from China I found one by ViATOM that sells in the USA and which has FDA and other regulatory approvals. Of course, I chose the Bluetooth version. OK, it does originate from China but it has a decent track record and positive feedback.

Annoyingly it beeps in time with your pulse but it’s a clear and easy to read display with various display options. Bluetooth connected easily. I’m running between 97-99% so I’m fine. Pulse about 70.

About a year ago I felt a need for a bit more tech in my life. Enough laptops and tablets for an army I wanted something I didn’t have. I bought a Samsung Gear S3 Smart Watch. It comes with a Health and Exercise app – which I ignore!

I’ve had an incident I would call “a fluttering heart” and went to A&E in the days where you wouldn’t catch anything. It turned out my heart was in quite good nick (for an overweight diabetic).

I can rotate the bezel on my watch and get a ten second readout of my pulse.

It also sends me alerts like “You fat bastard you haven’t moved for an hour – get up!”

It counts steps I have made during the day, as if I’m bothered at the moment.

It is continually monitoring my pulse and it also can record your sleep pattern and how deeply you are sleeping. 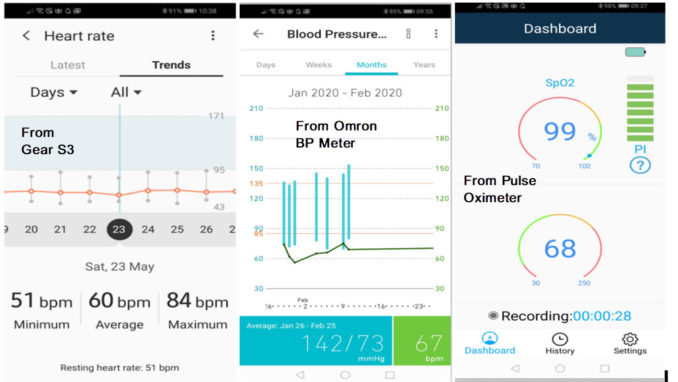 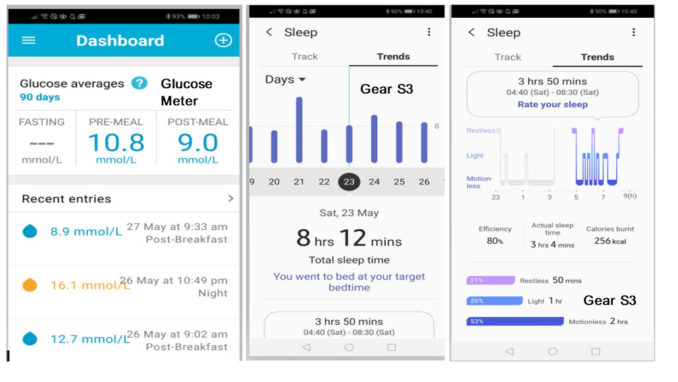 Connectivity using Bluetooth has turned out to be as useful as WiFi. Health monitoring is in the hands of the public. Diabetes was probably the first health condition that was patient managed. Now a GP can prescribe blood pressure medication and the patient can self-monitor the results. Being able to measure blood oxygen levels may indicate a problem with heart and lungs.

I refuse to even think about a Bluetooth enabled set of weighing scales. Fortunately I don’t understand kilograms anyway. I want avoid the message on my phone that says “One at a time only”.

I know I have touted for sympathy at GP for my recent back/leg pain and I am grateful for your support. There is an old saying that to understand someone else’s perspective you should walk [more…]

Yet another climate protest against our use of fossil fuels. Spokes-persons berate us over air-waves driven by generated electricity carried by steel pylons cemented into the ground. They sit in a studio with its array [more…]

What is it they don’t understand? We all know that the NHS is either creaking or broken. Your opinion of the NHS is based on your experience and reports in the media. I have both [more…]