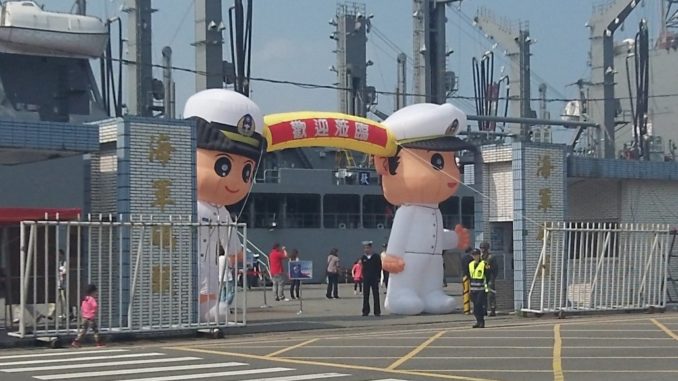 In early 2014, I was living in Taiwan. The year is remembered there (and nowhere else) for the so-called “Sunflower” upheaval, an ultimately unsuccessful student protest that was in many ways a precursor to the current Hong Kong unrest. Later, I might do a piece on the “Sunflower” protest, as I was in the thick of it. But this article is about a much more tragic, yet even more obscure, rebellion that happened on the island just after the war.

The February 28 incident, or er-er-ba (2/28) as it is known in Chinese (I could not get over the peculiar sound of these three syllables, so like farmyard noises to a European ear), occurred amid the confusion of 1947, when Chiang Kai-shek was still on the mainland fighting Mao, and Nationalist control of Taiwan had yet to be consolidated. The “incident” sounds like the kind of murderous repression typical of communist regimes everywhere, but in this case, the baddies were the forces of capitalism and freedom: the Kuomintang (KMT), or Nationalist Party.

The situation on both sides of the Taiwan Strait was chaotic and tense. A good synopsis of events is given on the website of the Taipei 228 Memorial Museum, which I here steal. I mean paraphrase.

“After the departure of the Japanese after August 1945, the Taiwanese initially welcomed the idea of return to the “motherland.” But the new Nationalist government brought only political corruption, economic depression and ever-worsening social order, dashing people’s hopes.

“On the evening of February 27, 1947, Monopoly Bureau inspectors in Taipei shot and killed a bystander while violently detaining a female tobacco smuggler. The inspectors were chased from the scene by a mob. The next morning, angry crowds rushed from all quarters to the Taipei Monopoly Bureau, only to be met with a barrage of machine-gun fire. There were dozens of casualties. A group of protestors then went to a national radio station to broadcast what had happened throughout the country. They triggered an uprising against the Nationalist government. .. One rebel demand was that Taiwan people should have control of army and naval forces on the island, which was unlikely to be accepted by mainland government in Nanjing. The Chief Executive secretly asked for military reinforcements. On the afternoon of March 8, an ill-disciplined force landed in the northern port of Jilong (Keelung) and elsewhere to ‘clear up the countryside’ (qingxiang), as the operation was euphemistically named.”

On the harbour at Jilong, Chiang’s thuggish militias began as they meant to go on. According to an eye-witness quoted by Taiwan People News, when Regiment 478 was approaching the port, it was met by a crowd shouting angrily from the shore. With the help of the Jilong garrison, they set up machine guns and unleashed volleys at the people at the harbour. Pregnant women and children were among the victims.

This was the beginning of a week of mayhem. According to witnesses quoted directly and indirectly by Taiwan People News: “The streets were full of murderous soldiers .. If they saw somebody in Taiwanese dress or who could not understand mainland Mandarin, they did not ask, they just shot. Everywhere bodies were lying around, everywhere was blood and flesh.

“First it was the rebel leaders, workers, students, local gentry, and the political opponents of the rulers, and then it spread to people who were unhappy with the KMT and other outsiders .. they were arrested, briefly interrogated and executed. They were bundled into sacks or tied hand and foot with wire, and thrown in groups into Jilong Harbor or the Tamsui river, or were shot and thrown into the sea. They were buried alive, or had their ears, noses and genitals cut off and were stabbed with bayonets…. Every night, trucks loaded with bodies trundled between Taipei and Tamshui (a port west of Taipei) or Jilong. At the end of March, I was in Jilong for ten days and almost every day saw bodies wash up on the shore.”

By March 13, the worst of it was over, but the “clearing up of the countryside” continued in a lower gear, evolving into a period of harsh political repression that the Taiwanese call the “White Terror” and the 38-year period of martial law.

What induced the KMT to alienate the entire native population for generations to come? Justifying this brutal de facto mainland invasion of Taiwan — which can hardly have been less bloody than the Japanese takeover in 1895 — Chief Executive Chen and Chiang Kai-shek accused the locals of “lacking national consciousness and being misled by feudal thinking into rejecting foreigners (meaning mainlanders);” they had staged “systematic, organized rebellion” and were guilty of “independence treason.” 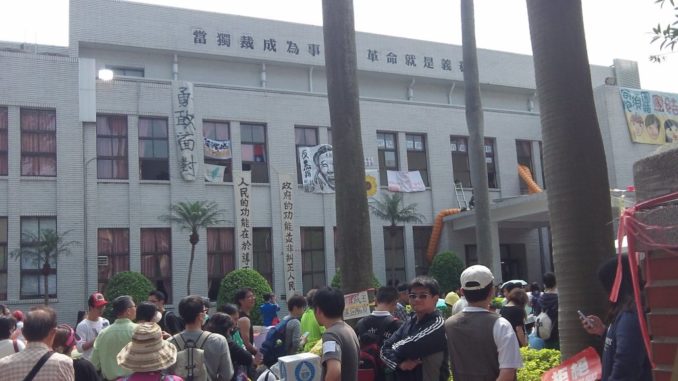 Though definitive figures are hard to come by, the total number of victims of these massacres is usually estimated at between 10,000 and 20,000, though some body-counts go as high as 50,000. Most died without memorial; unusual exceptions are the 180 victims listed on a museum plaque at Jiayi. The only confirmed overall figure is perhaps the number of recipients of compensation paid to survivors and kin of the dead: 9,959.

The brutality achieved its main goal of terrorizing the Taiwanese into submission. There were no further major uprisings; indeed, no real acts of resistance at all until the Gaoxiong Incident of December 1979, when mass arrests of opposition leaders followed a major clash between protestors and police in the southern city. Today, Taiwan remains a chronically divided society; the KMT mainly represents people of mainland origin, while the scandal-plagued Democratic Progressive Party stands for the islanders. That is a gross simplication of a bafflingly complex political landscape I won’t go into here.

The year 2014 was the 67th anniversary of the 1947 tragedy. A ceremony was conducted by the city government in a Taipei park, with (then) President Ma Ying-jeou in attendance.  “Without the truth, there can be no peace,” a protestor shouted in a news clip I watched. In another clip, an actor portrayed Chiang Kai-shek apologising. The issue was clearly far from closure.

Which is hardly surprising. A million or so Taiwanese lived through these events in their childhood, and millions more have heard about it from their parents. It affected nearly every family. “After February 28, the nation was so divided that Taiwanese fathers would not let their daughters marry mainland-origin people. At the same time, opponents of KMT authority were subjected to ‘a thoroughly merciless vilification’ and were feared and disowned by wider society as well as their own families,” Shih Ming-te wrote in the Taipei Times. “The actions of many brave people who opposed the authorities were covered up by their families .. and remain unknown today.”

For a long time, the KMT sought to water down its responsibility through vagueness, referring to the massacres merely as “state violence” caused by “officials oppressing the people and the people resisting.” Government compensation was only partial. Certain KMT records remain under lock and key, and a definitive investigation into the events of early 1947 has never been carried out. This obfuscation naturally enrages many people. But I could not help comparing it with the aftermath of Tiananmen.

The Tiananmen massacre was far smaller in scale than the blood-letting that followed er-er-ba. Otherwise, the tragedies are loosely comparable, given that in both cases, the fate of the country was at stake and the perpetrators remained in power afterwards.

Today, 26 years after the event, the PRC government still pretends that the Tiananmen uprising never happened. It rarely features in the broadcast or printed media. School textbooks do not mention it, skipping from 1988 to 1990, just as Chinese lifts skip from floor 3 to floor 5 to avoid the word “four,” si, which is a homonym for “death.” Talking about it in public is risky, and many people censor themselves.

The greater tragedy in Taiwan, though, is widely and freely discussed in the media. Marking it with an official holiday seemed to me an enlightened gesture. The gradual process of reconciliation began two decades ago. In 1992, a report was published. In the late 1990s, the 228 Peace Memorial Park in Taipei was opened. A “processing and compensation ordinance” was promulgated, and the Executive Yuan set up the 2/28 Memorial Foundation.

Small steps, and very slow in coming, but nothing like this has even been contemplated by Beijing. These gestures have enabled the Taiwan authorities to take some of the poison out of the words “February 28.” But “June 4” remains almost a taboo term in China. Indeed, a common way to avoid saying it is to call it “May the thirty-fifth.”

From Baodao. For my free downloadable pdf travel books on Europe and East Asia, please visit this website: https://www.itabibito.com/.

After a month near Suwon studying the language, I felt ready for the road. I didn’t really have a travel plan. I just wanted to see as much of the country as I could over [more…]

More notes from 45 years of cycling In its day, Tinsley Marshalling Yard in Sheffield was the world’s most advanced railway-wagon sorting centre. It specialised in computerised hump-shunting, which is not a fetish category on [more…]

The 1813 Battle of Leipzig is known in Germany as the Battle of the Nations (Völkerschlacht). It was greatest fight in European history prior to World War I, with nearly 400,000 Russian, Prussian, Austrian and [more…]