I’ve had it for a while, but over the last couple of years it has got worse.

Every week it seems to get worse. It seems that I only have to see something that takes my fancy and the GAS kicks in.

GAS – Gear Acquisition Syndrome, affects collectors of many things, coins, antique weapons, fishing gear, but my weakness is for cameras and photographic equipment.

Of course, I have a good selection of Digital cameras, a couple of Nikons, 2 older Fuji, and 4 Fuji X-series, plus a lot of lenses for them, but my real passion is for film cameras from the Forties to the mid Eighties.

I have a large collection of 35mm cameras and an even vaster collection of lenses for them, but recently I have branched out into medium format.

What is medium format, no-one asks.

Well, I’ll tell you anyway, ‘cos you’re a captive audience.

Medium format film is what was used in Grand-dads Box Brownie. It came on a spool, sandwiched in a paper backing and the film was 70mm wide and about 800 mm long. Negatives from this size of film, called 120, varied according to the camera, ranging from 6cm x 4.5cm to 6cm x 9cm, and a couple of really rare 6cm x 12cm.

I currently have 4 such cameras, the first, a folding bellows camera, dates from 1950 and is a German, an Agfa Isolette II. 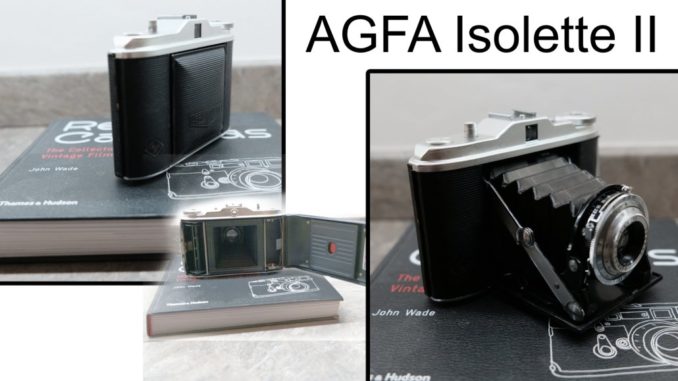 When I bought this camera it was in a fairly good condition but the lens was dirty and sticky. After stripping it out and cleaning and lubricating it it now works as well as, or even better than, it was new.

This next one was a bargain, £90 from an online auction site, but needed a little bit of work. I emailed the seller and learned that it was her Grand-dads camera, he had died and she was looking for someone to refurbish it and use it. After a few back and forths, a few pictures of my collection of cameras and some of the photographs I’d taken with them to reassure her of my intentions, she was convinced I was the person to have it and ended the auction and sold it to me. 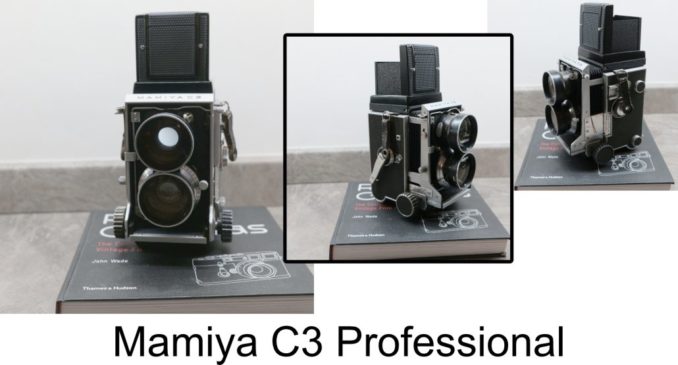 It is a 1962 Mamiya C3 twin lens reflex (TLR), almost unique amongst TLR’s because you can change the lens boards. You view what you are taking by looking down through the focusing hood, through a 45 degree mirror and out through the top, or viewing, lens. The picture is taken through the bottom lens when the shutter is fired. Unlike the Agfa, which is pocketable, this one is a bit of a beast. It is large, heavy, and definitely not unobtrusive. Designed to be used in the studio on a tripod but I have taken it out and about, mainly taking landscapes and city pictures with it. 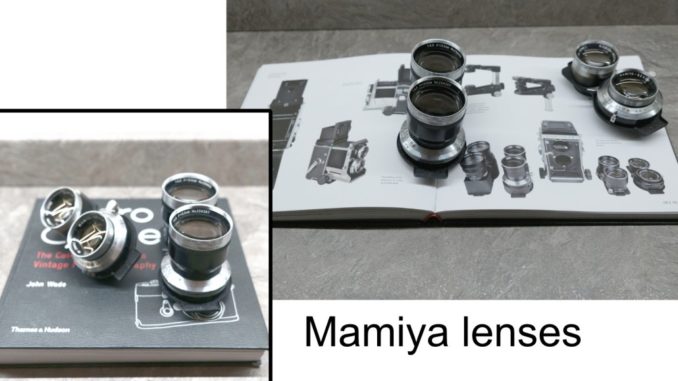 Since buying it I replaced the focusing hood and bought 2 extra lens assemblies – see how the GAS hits you?

The photographs this camera makes are some of the nicest that you will ever see.

So, once I had my medium format cameras I had to buy film for them.

Strangely enough, film is plentiful, if not exactly cheap. I bought 10 rolls of Kodak Extar 100 colour negative and 20 rolls of various Black and Whites – buying in bulk makes it about 30% cheaper than it would be buying individually.

But the GAS wasn’t going to be kept under control for long, and it bit me when I saw this, for sale on a well known auction site…. oh hell, you know I mean Ebay, it was on Ebay from Japan. 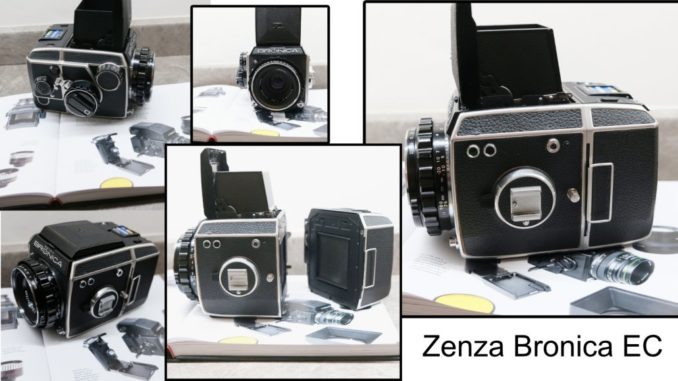 I looked online for some reviews and as soon as I watched some video, from a well kno… ah, it was Youtube, I was hooked again.

Money paid, it was a rapid delivery half way around the world, 5 days from clicking the Buy it Now to opening the parcel.

It was everything I expected, and 100% more. It was almost mint, not a mark or a scratch and just a tiny amount of leatherette shrinkage, not bad for a camera made in 1972.

The Zenza Bronica story is an interesting one.

After America pulverised Japan for the attack on Pearl Harbor the Son of a Japanese rice merchant, Zenzaburo Yoshino had long been a keen photographer, but grew increasingly frustrated that he couldn’t find a camera which exactly matched his needs, so he started a company to make his own. Obviously, this needed a massive investment, so he started making trinkets, cigarette lighters, cigarette cases and watches, in an Art Deco style, to sell to American soldiers stationed in Japan. These G.I.s were cash rich, and were buying luxury goods, Leica and Contax cameras etc, as souvenirs from a shop set up by Zenzaburo.

Using the profits from this enterprise, as well as money from the family rice business, Zenza began his quest to make the perfect camera.

After spending almost 200 million Yen, an enormous sum at the time, a prototype development camera was ready for the 1959 Philadelphia Camera Show, where it had rave reviews and was hailed, at the time, as the world’s “Dream Camera”, the first medium format camera to seriously compete against the Swedish Hasselblad system, and in several ways outclassing the Swedish machine (instant return mirror, auto stop down aperture. Etc.)

Demand for the cameras was high, and Zenza entered an agreement with Nikon to get them to supply lenses.

These cameras are still, in my opinion, some of the most beautiful machines in the world.

Of course an interchangeable lens camera with only one lens isn’t much of a system, so, 2 extra purchases later and I had a wide angle 50mm Nikkor O f2.8 and a telephoto 200mm Nikkor P f4 lens set. 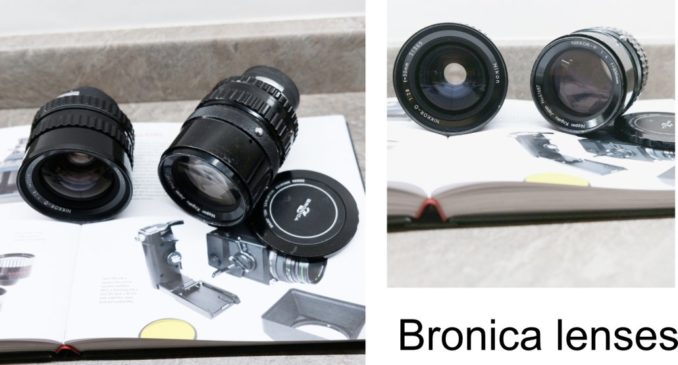 Time passes, I make a few minor additions to the collection, but I have my eyes open for the Coup de Grace for my collection, the one that I lusted after all those years ago. Then, BAM!! the GAS hits, I spot it! 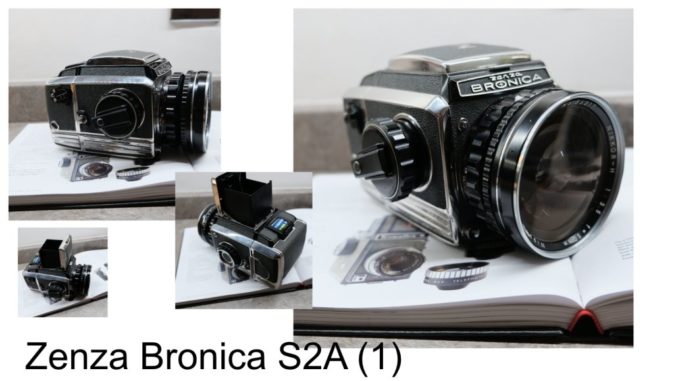 A body made to appeal unashamedly to the GAS sufferer, Charcoal Grey leatherette meets polished Stainless Steel, it looks like a cross between an American saloon car of the 1950s and a sleek, flashy jukebox. 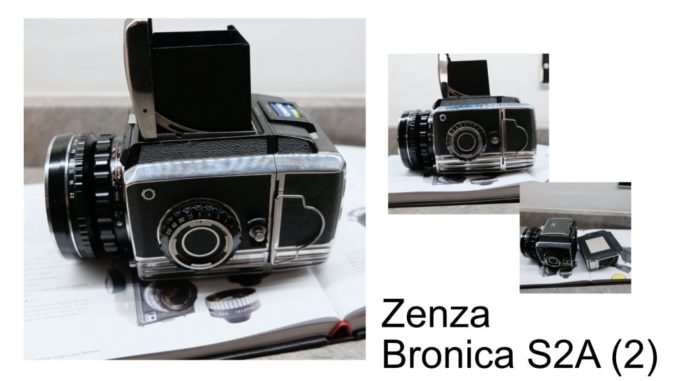 I had bought from this Japanese seller before so I knew that he took pride in what he sold, but I emailed him anyway, asked the usual questions and the wallet had another GAS attack.

Fortunately for Mr Leathersides (my pet name for my wallet) the lenses I had already bought for the EC also fit the S2A, so unless a mint, cheap Nikkor 40mm drops into my lap Mr Leathersides breathes to live another day.

Well, that’s my medium format camera collection, at least for the time being.

Do any other collectors have GAS? Do you fight it or do you give in to it. I’d like to know.

The Death of a Star

The star in question is Betelgeuse (pronounced Beetle Juice). Betelgeuse is what is known as a Red SuperGiant, a star so massive that if it were at the centre of our Solar System in place [more…]

The Home Engineer, Part One

Most men, and not a few women judging by the amount of lady machinists who have YouTube Channels, at some point or another in their lives yearn for a workshop. Now, there are a few, [more…]

In the course of a conversation in the comments (which nobody reads) the subject of food banks came up, and specifically a comment made in a newspaper by a Deli owner that he could cook [more…]