In weather fit for neither man nor beast,
we climb through a northern landscape,
sculpted from rock by water,
and the detritus from receding ice,
to emerge into sunlight. 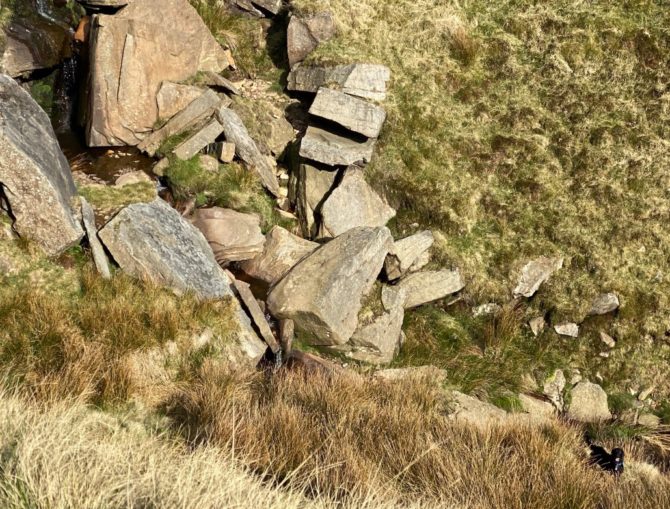 And there we come across a monument,
raised by the followers of Christ and St Mark,
of cross and rock, appropriately,
with a weathered tribute etched in brass
to a lost friend and leader. 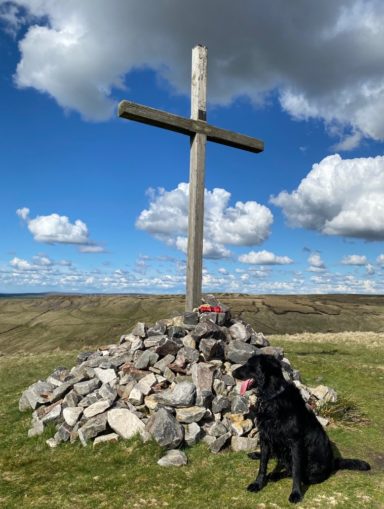 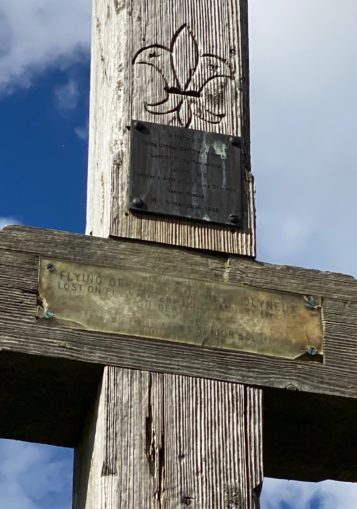 And turning back towards the east,
monuments to a new, godless religion emerge
with flailing arms, like a petulant child
might rage at some ill-conceived injustice,
screeching into the wind. 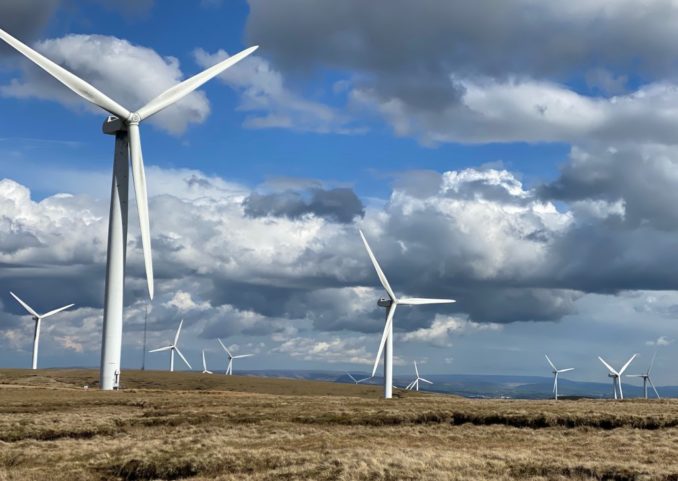 Now descending, into warming air,
we catch, not triumphant golden trumpets,
but the gentle whisper on the breeze
of resplendent angels, keeping watch
over souls departed. 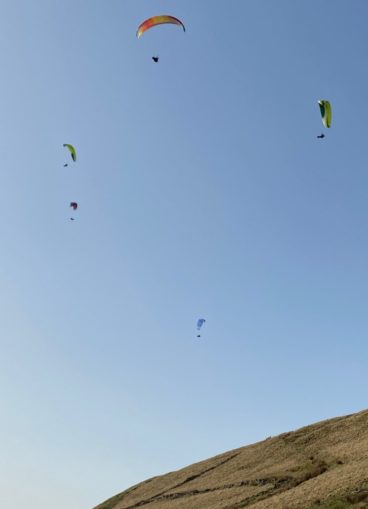 The inscription on the Scout Moor cross reads:

In all, sixteen souls were lost in a mid-air collision between two Avro Shackleton aircraft based at RAF St Eval in Devon over the Irish Sea.   More details of the tragedy can be found in the article “Cross on Whittle Pike” on aircrashsites.co.uk.

Scout Moor, or Whittle Pike as it is also known, can be accessed from the A680 Edenfield to Rochdale Road, with good parking next to the ‘Owd Betts pub.

First correct entry out of ‘the hat’ wins a GP mug Email entries to me by 6.00 pm Friday, subject ‘Crossword’. Contact here on email Winner of Crossword 226 and a GP mug CG (Contact [more…]

First correct entry out of ‘the hat’ wins a choice of GP authored book. Email entries to me by 6.00 pm Sunday, subject ‘Crossword’. Contact here on email Winner of Crossword 179 and a GP [more…]