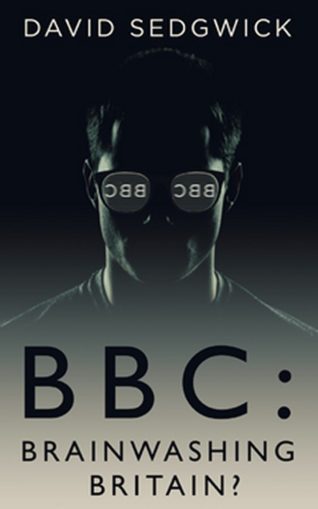 When I announced to friends my intention to write a book entitled ‘BBC: Brainwashing Britain?’ questions came thick and fast: “Brainwashing Britain? The BBC? Why ever would they want to do such a thing? Aren’t they supposed to be impartial, to tell the truth?” That Auntie – dear old cuddly Auntie – would take liberties with the truth left some perplexed, others in denial. “Oh come on, this is the BBC we’re talking about, you can’t be serious.”

But I am serious – deadly serious. How could anyone witness to BBC coverage of Brexit or the Trump presidency be left in any doubt that we are talking here about a deeply political organisation? The main thrust of ‘BBC: Brainwashing Britain?’ duly centres around the BBC’s unceasing promotion of what has effectively become its globalist agenda, and its correspondingly zealous assault on what it disparagingly terms ‘Populism.’ Globalism (of the elites) versus Populism (of the people). Britain’s ‘impartial’ broadcaster has a dog in this fight, a snarling, salivating canine trained to ravage those who dare oppose the globalist machine. Have you not noticed?

And so every day the corporation works tirelessly to promote anti-conservative (traditional) values: transgenderism, Islam, mass migration, open borders. The list goes on. From politically correct Doctor Who stories to the entirety of its vast media platform, BBC content is awash with globalist propaganda. Its treatment of a recent double murder case is a prime example. For those unfortunate enough to have glimpsed it on social media, the horrific slaughter of two Scandinavian holidaymakers in Morocco will probably live with them forever. The brutal decapitation of 24-year-old Louisa Jespersen of Denmark & 28-year-old Maren Ueland of Norway was filmed by the Islamist perpetrators in an act of brutality that defies description.

Inhuman, evil, sick: while finding words adequate enough to describe this horror seems an impossible as well as futile struggle, Britain’s state broadcaster has faced no such quandary. According to the BBC the two women died due to, wait for it, ‘injuries to the neck . . .’ that’s all, nothing else. Double decapitation of two female backpackers: a fairly mundane everyday occurrence, at least in BBC-land. Certainly nothing to get concerned about, outraged even less.

For reasons best known to itself, the BBC decided not to describe this beheading as . . . a beheading or even a decapitation for that matter: ‘Injuries to the neck.’ In its dishonesty here is a phrase of Orwellian magnitude. Indeed, the broadcaster could have been describing a road traffic accident. Nothing to see here! The BBC version sounds almost as if the backpackers’ horrific deaths were accidental. It certainly seeks to make their grisly fate seem somehow mundane.

No mention of the torture and possible rape endured by the victims, and absolutely no mention of their terror-filled last moments at the hands of their barbaric killers. The broadcaster was doing its utmost to downplay this horrendous act. Make no mistake this sanitised version had been very carefully constructed. The question naturally arises: why would it act in such a dishonest way? After all, the British public are supposed to trust this organisation. A Royal Charter compels it to produce news that is impartial and truthful. So what’s going on with Britain’s state broadcaster? In ‘BBC: Brainwashing Britain? I attempt to find out.

It is a journey that has provided some quite shocking revelations. Did you know for example that between 2006 and 2017 over 1 million people cancelled their TV licences? Were you aware that since the turn of the century BBC News has lost over 25% of its audience or that drama serials such as Casualty and EastEnders have suffered a near 50% drop in viewership? Year after year, the picture is the same: fewer people choosing to engage with BBC content. The British public, it appears, are waking up.

The more I looked into the BBC, the more uneasy I grew. Far from executing its duties in the way expected by the public who funds it, it appears to be engaged in a cynical and co-ordinated operation which aims not to inform but rather to deceive its viewers, readers and listeners. Its presentation of events in Morocco is not the exception, but rather the rule. The modern BBC has arguably transformed into a political party in all but name – some might say a radical or even hard-core one at that.

While it promotes the ‘news’ – any news – that fits its globalist agenda, news that does not further the cause is invariably omitted, minimised or chopped and shaped until it does fit the agenda. Take another example, the tragic deaths of two young children, one in Greece and the other in Sweden. When Alan Kurdi’s lifeless body was washed up on a Greek beach in 2015, along with its mainstream media colleagues, the BBC devoted enormous coverage to the tragic event. Alan Kurdi – his prone body – could not be avoided. BBC correspondents made sure of that.

Yet when schoolgirl Ebba Åkerlund was killed in the 2017 Stockholm terrorist attack, the broadcaster’s response could not have been any more different. Underwhelming at best, indifferent at worst, the BBC wasn’t that interested in 11-year old Ebba at all. While story after story poured out of Broadcasting House lamenting the death of the Syrian boy, the death of the young Swedish girl – mown down by a jihadist when walking home from school – barely registered at the BBC. As of September 2018, the number of stories on the BBC news website featuring ‘Alan Kurdi’ stood at over 120. Meanwhile ‘Ebba Åkerlund’ featured in just a single BBC report. The BBC ensured its audience would remember the name of ‘Alan Kurdi.’ It also ensured the name ‘Ebba Åkerlund’ would just as soon be forgotten.

What then is going on with Britain’s state broadcaster? Hiding some incidents, while creating hysteria over others, who can doubt the broadcaster has an agenda? The BBC is controlling how its audience thinks, feels and reacts. Think about how it routinely attempts to smear UKIP or supporters of Donald Trump as ‘Nazis’ or its most favourite of slurs, ‘far right.’ Think about how it labels democratically elected governments in Poland or Hungary which do not embrace its worldview as ‘hardliners.’ Something is going on down at Broadcasting House.

While the broadcaster clearly adores the politically-correct metropolitan right-thinker, there is one class it despises above all else: the white, working class – that same class who voted for Brexit and who are proving stubbornly resistant to the broadcaster’s globalist agenda. The disdain with which the BBC treats this demographic is truly shocking. For this is the class of people which most values its heritage and antecedents, but can only watch in horror as their communities change beyond all recognition into the multi-cultural dystopia of BBC fantasy.

Ask a BBC member of staff however about an agenda and the reaction is predictable enough: ‘conspiracy theory’ is invariably the rebuttal of choice. Take a look around. Have a look at Britain’s towns and cities. See if you agree with the broadcaster’s ‘conspiracy theory’ label.

What worries (and infuriates) Britain’s state broadcaster more than anything else is an informed citizenry, one capable of thinking for itself. I have no doubt whatsoever that this publicly funded anachronism will declare ‘BBC: Brainwashing Britain?’ the work of one of its dastardly ‘conspiracy theorists,’ its author to be in cahoots with all kinds of sinister populists and other phantasms of its own very vivid imagination, vindication if any were required.

For some then BBC: Brainwashing Britain? might prove to be a disturbing journey. The revelation that Auntie might not be quite as benevolent as she likes to portray may startle or even shock. To those people I offer my apologies. The truth can sometimes prove a very bitter pill to swallow.

“When he had said this, Jesus called in a loud voice, “Lazarus, come out!” The dead man came out, his hands and feet wrapped with strips of linen, and a cloth around his face.” John 11:43-44 What [more…]

Tax is for the little people

As you probably all know by now, I can’t stand the BBC.  I can’t stand its moral duplicity, its hypocrisy, its cultural Marxist innate bias, its control of the narrative, its unending support of the [more…]

Doris said, ‘I heard on the BBC that us old folk are going to be confined to barracks because of that virus. They said it’s for our own safety,’ Doris was 83 and her husband [more…]