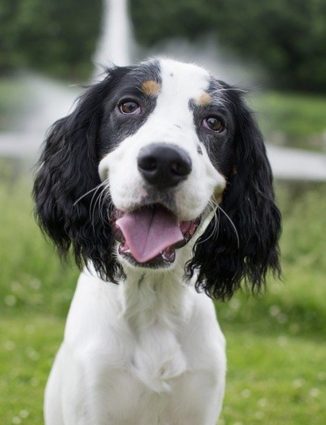 I’ve always thought that there has to be more going on, something elusive, something hidden.

The clearest, earliest memory after I was not here is about 18 months when I greenstick fractured my leg jumping off the bottom steps of the staircase and staggered in to the room to my mother and her friend and attempted to communicate distress but not having the words and seeing them getting a bit panicked.
It may have been younger because I remember being wheeled about in the pram with leg in plaster and thinking;
“this is great being wheeled about again, they only just recently made me walk”
Not in those words but that feeling and because I can remember thinking things but not in words I understand animals experience things exactly the same way, feel the same emotions and comical observations.

Everybody seems to think that there is more going on but nobody will say what it is.
They mangle everything up into some sort of pictorial explanation

The happiest moment is when I am not thinking, hitting back a ball or some emergency.

Perhaps the mind is a parasite.

Jesus, Buddha, some cunt called Mohammed they all profess to have an explanation but will they tell you ?

There was a time when the Eastern Mystism was all the rage there was a child guru came to London and offered to give the knowledge by touch.
The deal was you had to sit in this room in Beckenham or some such and wait for days.
Eventually child Guru would descend and select somebody to ascend to the room upstairs where they would be given the knowledge.
I sat there for an afternoon to see what it was.
I heard an acquaintance sat there for ages then got furious and stormed up the stairs
“GIVE ME THE FUCKING KNOWLEDGE YOU CUNT”.
—

It is true I sometimes connect with another person’s brain.
I think I am a projector.
There is a state where the ideas are in the air all around and people sense them and they POP into their head.
If you are aware of that you can put the idea into the air

Let me tell you some stories to illustrate why I think as I do.

When I was very, very much in love and then rejected I was in emotional turmoil and a Welsh woman persuaded a group to do the Ouija board
(never ever, under any circumstances, mess with that )

The upshot was that I got a poltergeist
I would be woken by the bed shaking.
All of my back was freezing cold.
There was an aura of doom all around.
I was getting electric shocks to the extent I had to ask a friend to load the film into the paterson because I could not be in the dark room alone.
A couple of girls asked to stay in my spare room. They hurredly left in the morning.
They were very frightened, they said they felt something whizz past their face as they lay in bed and in the morning there was a large bolt lying on the carpet and a big lump of plaster knocked out off the wall.

I put up with it for a fortnight and then I went and got a spiritualist to come around and she exorcised me and told the spirit of the teenager who had recently died in a motorcycle accident to please leave the earthly sphere and then it was OK.
—

A neighbour came in distress to say that her husband was unwell.
I went around to find him apparently dead in the toilet
I communicated with his brain
I thought
“Well I never liked you”
and I felt his soul scream and hurry away.
“No come back, let me finish” but there he had gone, unhappy.
—

My grandmother used to live with us, she was a Victorian hard case.
She died when I was a teenager and I cried.
One night I visited home and before you ask I was completely sober for weeks.
Lying in bed a tree grew from the ceiling and invited me up.
The branches drew me up towards something.
Out of the corner of me eye I perceived a figure on the landing so I let go of the branches and dropped to the floor to investigate.
Not seeing anything I went to turn on the light switch but it would not work.
Then I saw that it was me lying in bed and fearful I dived back into my body and “awoke”.

Returning to the parents’ because my father was dying, lying again in the same place I felt happier and happier and something drew me upwards then my mother came into the room
“I think he has gone”
What I felt was my father dying.
—

Is there some sort of a clue there in those things ?
Is the reality not what it appears at first glance ?

There are things that have happened, co-incidences, events that have thrown me together with somebodyelse that have made me consider that the events in life are not random but rather preordained stories that you partake in, maybe forever in this form or that.

I used to think about that a lot, about chance and fate, and I noticed that it is possible with the right amount of confidence to interact with chance and perhaps, perhaps to break free.

The human is uniquely blessed because of the creative capabilities offered by the body it occupies and also the brain that is able to sense things plucked from all around.
I used to think that I was doing the work of Jesus by being creative and it is true that things happened because of that but I don’t think it is Jesus really but rather a fulfilment in a tiny way of the obligations.

I have considered being creative is a violent aggression, an arrogant assumption to form the reality as you wish, which is a whole other way of looking at the mystery.
That our obligation is not to God but ourselves.

I don’t want to sound boastful but I think I started very early. All I ever did was think. I thought within my capabilities but the important thing that you need to understand is that [more…]

Are you soft, lad? FIIIIGHT! This is a great English tradition, we get raucous and fight. It is part of our heritage, and I will not have it any other way. Not the ritualised fighting [more…]