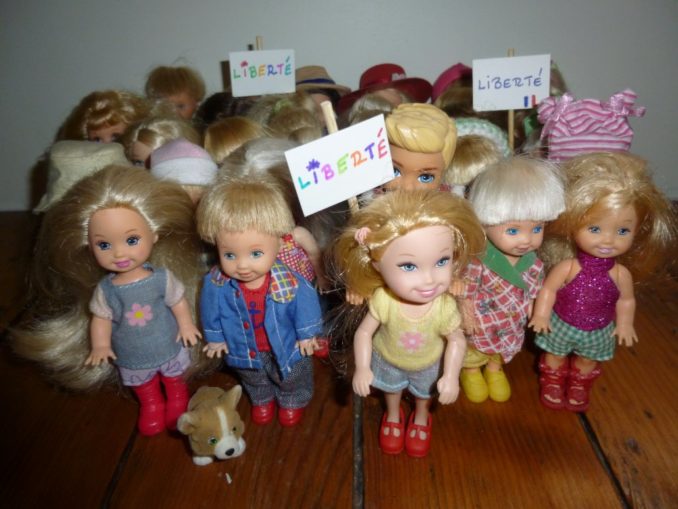 This article was inspired by two videos I watched on Saturday, the first one on Dan Astin-Gregory’s Pandemic Podcast (1), the second on Hugo Talks (2). The Pandemic Podcast is an interesting YouTube channel. It is where I discovered Dr Peter McCullough and Dr Mattias Desmet, a professor at Ghent University in Belgium who came up with the concept of Mass Formation. As Dr Desmet is Flemish and speaks no French, his ideas are relayed here in France by Dr Ariane Bilheran, a psychopathologist. Both testified on Reiner Füllmich’s grand jury.

Hugo Talks is one of a number of channels I gave up watching a long time ago. It really puts me off when some, supposedly on our side, indulge in as much fear-mongering as our enemy. In Saturday’s video, Hugo accused the Covid Resistance Movement, including The Pandemic Podcast, of being infiltrated by people holding what he calls “New Age” views. In his video, Dan Astin-Gregory defended himself and his work against those accusations. Although I quite like Dan Astin-Gregory and disagreed with most of Hugo’s content, I have to admit that he has a point.

I joined the Anti-Pass Movement here in France last July after Despot MacRunt stripped the unvaccinated of every right except that to work and pay taxes, unless they worked in the now derelict French healthcare system or the hospitality industry, in which case they were left with but one right, that to starve.

I attended a first meeting at a restaurant on the (rainy) evening before the giant anti-pass march of July 17 and have to admit to myself that I was rather dismayed. I even remember complaining about what follows in the comments that no one reads.

To begin with, the gathering was poorly organised: about half a dozen people were expected by the woman who headed the group. In fact well over thirty turned up. This put a lot of strain on the friendly restaurant owner who had to find chairs and tables for everyone and set them illegally on the pavement.

Secondly, I had expected a jokey, easy-going evening along the lines of GP and found the exact opposite. The majority of attendees struck me as rigid, unfriendly and humourless. A couple even behaved aggressively. True, we were all stressed and frightened, but it did not explain everything.

Those people were as health-obsessed as the Covid cult, many of them ate gluten-free diets, talked of pooling our money buy land for permaculture (whatever that may be). Their favourite word was “holistic”, which is a fail-proof way to lose me.

About half way through the evening, a young Spanish woman decided to inform us about a substance called hydrochloride-something (forgive me for not remembering its name in full) which, according to her, could cure everything from ingrown toenails to warts, autism and even cancer. The CIA in league with the pharmaceutical industry, she claimed,  would stop at nothing to hide its existence and persecuted the biologist who had discovered it. On and on she went about that substance, enthusing over its seemingly endless benefits, the secret articles praising it, and the war waged against it by evil entities.

What surprised me was that the audience lapped up this nonsense with as little critical thinking as the Covid cult embraced Ill Grates’ magic potion. They listened in awed silence, asked eager questions, and took copious notes. Not once did someone wonder how a single compound could cure  two extravagantly different diseases such a autism and cancer. The young Spanish woman was slim with huge thighs. Ever doubting little Doxie could not help thinking that this was one ailment her magic potion could not cure.

I excused myself early and went home to Pepita, feeling at the same time disheartened and puzzled. I was bothered by the fact that I had not found any of those people likeable and, even worse, that they meant to overthrow a dysfunctional system to replace it with what struck me as an equally bad and possibly more oppressive one. I felt like giving up there and then.

The march on the following day was the exact opposite. It looked as if all of a sudden two hundred thousand Puffins had taken to the streets of Paris filling them with laughter, energy and joy.

As I got involved deeper into the Anti-Pass Movement I discovered that it is sharply divided into two camps. Half of it consists in people just like us Puffins. We value individual liberty above all things, are anything but hypochondriacs, wish the state would butt out of our lives, and most of all want the world to return to common sense. The mainstream media, which otherwise support the Azov Regiment, call us far-right Nazi anti-vaxxers. Hey, BBC! Are Azov triple-jabbed?

The other half I believe Hugo is partly right in his video to call “the spiritual Great Reset” although I disagree with the notion that they have been deliberately infiltrated to derail our movement. I am not naïve, I know that the Powers That Be have agents inside our groups, but they are not the obvious ones.

That other half’s world view is heavily influenced by the Hippy Movement of the 1960s, always a bad sign in my opinion. They worship Mother-Nature, believe in the universal brotherhood of Man, want a world without borders where love and harmony would reign supreme. When it comes to eco-lunacy, they toe the government line and then some.  They also have an odd preoccupation with the Earth’s axis. Does any of this sound familiar to you?

Their dogma is a mixture of recycled Eastern philosophy and Neo-Paganism. The supreme being is called “The Light.” Fusion with him (or her) is achieved through what they call “Love.” They are convinced that nothing can hurt them as they belong to the “enlightened” and therefore will be protected from harm. As a consequence, they adopt a passive attitude, never go to protests nor sign petitions, attend lectures, meetings and debates. Instead, they fill their homes with protective crystals, meditate, subject themselves to outrageously expensive energy therapy and metamorphic massage. Even Jean-Dominique Michel, a Swiss Anthropologist and a leading scientist within our movement, in a debate last week, expressed his annoyance with those people. He said that what angered him most what their belief that The Light would protect them.

I visited The National Cult Observatory site but could not find any identified cult those people might belong to. I would  appreciate if any of you have information on this subject.

During the winter, I was asked by one of the artistic branches of our movement to contribute to a project entitled, “Let’s Anchor the New World.” It consisted in painting a series of posters depicting what we wanted the new world to be like. I thought about it for a long time and could produce nothing at all. Then, it dawned on me that I do not want a new world. I just want sanity back.

With this article I have enclosed a sample of the posters that group produced. Happy-clappy though they may look at first glance, read my translation of the captions carefully, then let me know what you think. The one I personally find most ominous is “We (P)repare the World.” Notwithstanding the disturbing wordplay, I cannot help wondering: prepare it for what exactly?

A few months ago, I reread Marguerite Yourcenar’s The Abyss, particularly the chapter on the Münster Anabaptists. They too intended to usher a new world in, where all men would be brothers and love would reign supreme. It ended in carnage as those naïve and idealistic world views always have and always will.

As I have written in previous articles, I am not optimistic  in the short term, but for the long term I am. The Great Reset will fail. All ideologies throughout History which purported to change Man did. This one like countless others which came before will soon be viewed with the same abhorrence as the Münster version of Anabaptism.

Still, we must be careful to weed from our ranks those who, probably unwittingly, infect it with a deceptive ideology that might prove even worse for Mankind than Klaus the Kraut’s ravings.

(1) The Aquarian Luciferian Agenda @ Hugo Talks.com
(2) Dan, Are You Connected to the Lucis Trust @ Dan Astin-Gregory/YouTube

Atrial Fibrillation is a condition where irregular heartbeats of certain rhythms create blood clots in a chamber of the heart and its possible that a clot could cause a stroke. A detailed description can be [more…]