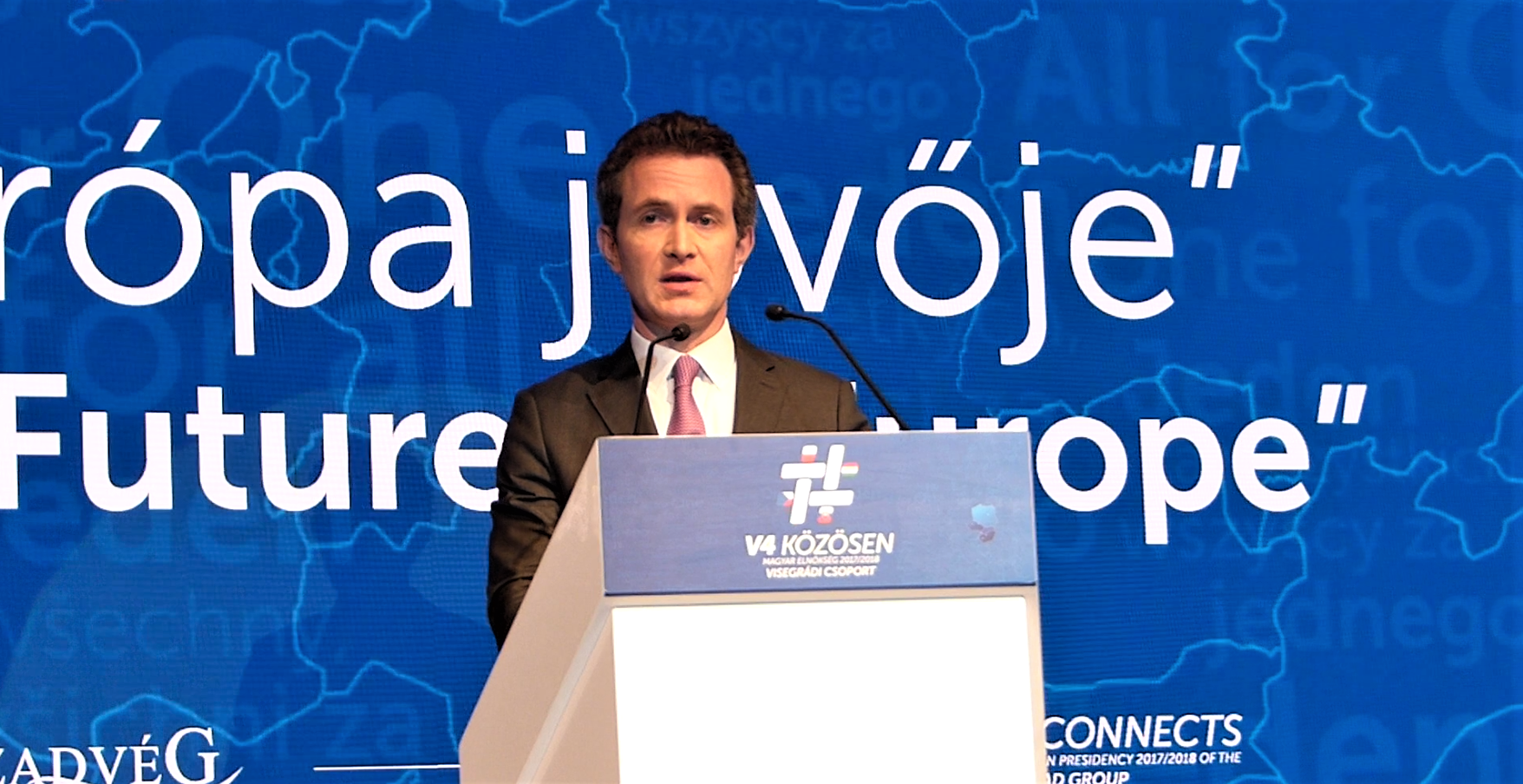 Much has been made of Douglas Murray’s Strange Death of Europe.  I’ve just finished it and present a quick review.  Needless to say, there are spoilers.

TL;DR – well worth a read as long as you have something nearby to destroy.

Overall it’s not a happy read, on how our political class have by ignorance of consequence, cupidity and actively virtue signalled us into the present state.  Murray begins by taking us back to the 50’s and the concerns people had of the Windrush incomers through to today.  The text is peppered with a lot of off the record conversations with European MEP’s and Euro nation MP’s, with few of them having either the wit to negotiate a better settlement for us all or to convincingly lie their way through his questions.

There is some good coverage provided to Enoch Powell’s speech and the wider effect it had, being used by low capability politicians to avoid the topic of immigration.

Throughout the book Murray charts the means by which dissent has been silenced by the ubiquitous cry of “racist”, notably in the case of Ray Honeyford back in 1984, but never enquires by whom it is orchestrated.

When noting that immigration had been ignored but quietly and effectively controlled (although still trending inexorably upwards), it is the election of Tony Blair’s New Labour in 1997 that is singled out for when the taps were open.  It seems that under New Labour their immigration policy was indeed to rub the right’s nose in diversity, and this was principally delivered by an out of control Minister for Asylum and Integration, Barbara Roche.  While Tony was off doing other stuff, Roche was re-writing the nation’s immigration policy to worship at the altar of multiculturism, again hurling the racist epithet at her detractors – and seemingly answerable to no one.  Not even the Tories were really putting their backs into trying to highlight or reverse these policies – after the 2011 census BoJo went on record basically saying no use crying over spilt milk, let’s get on with it.

Murray does highlight the divide between politicians and the public at this juncture – where the politicians are being forced to court popularity by announcing yet another crackdown on immigration yet still wave increasing numbers through our borders each year.  There is a failure to dig into how this deceipt is perpetuated upon the voting public, although Labour do get a very well researched kicking.  Possibly an opportunity lost here would be  to cover the rest of the cultural vandalism that the 13 years of Labour terror visited upon us, from the House of Lords “reforms” to the way the smoking ban was legislated and the rest.  His main argument rests later on this disconnect between what people vote for and what they receive in governance.

Murray does go into Rotherham yet fails to delve into why Labour was reelected again after the Jay report.  He does mention the state’s brutal vendetta against Tommy Robinson, yet fails to link it to Mandelson’s similar mortgage woes and the  outcome for each.  I suppose his limited support was as far as he felt he could go at the time of writing; Robinson’s going through quite a bit of a public image makeover in the last few months.

The book, although very UK centric, spends some time in going through some other European countries and recent events, highlighting some of the atrocities that have passed most of us by in the UK, the turf wars, the rapes and constant level of criminality that some immigrants bring with them.  The mainstream media are gifted far too easy a ride on this – how these issues are routinely ignored or spun in the UK media, although he does lay in to the connivance of the Swedish and German media in their coverup following the Taharrush of New Year’s celebrations.

There is good coverage of how Merkel’s inexplicable Refugees Welcome platform started in what looks like good faith, only for the EU to be frantically backpedalling behind the scenes, unable to cope day to day with the influx of migrants, and legislating poorly again and again, seemingly only making it worse for both the migrants and the indigenous peoples of the affected nations.  The arguments he presents would have been compelling pre-referendum in the UK, but exactly how that nuanced case could have been argued better than “that poster” escapes me.

There is a great section on how those pushing for more immigration with the idea that the virtue of offering migrants a better life are completely ignoring the wellbeing of the indigenous, even to the point of their rape and murder.  Murray argues well on this point but a little too concisely for my liking.

With the facts and figures laid out, Murray then disappears up his own arse in some overly Establishment framed public school sophistry, almost like a preening teenager waiting for Mater to realise how well he is educated and how well formed his prose is.  Attempting philosophy to explain the strange death of Europe, he begins the main argument of the book.  Essentially, as we in the West have become devoid of Christianity we have ceased to produce high culture and high art, and this is symptomatic of an overall cultural decline – a “tiredness” of our civilisation.  There has been no commensurate uplift in the West’s spirituality as a result; he sees us nosediving into a lower civilisation.  It reads as a lengthy application to the intelligentsia classes, the multi disciplined world of the classics based essayist, scholar, philosopher, and scientist that Nassem Taleb talks of in The Black Swan (yeah I know, I can do it too, look at me, Mater!).

This, he claims, feeds in to the need for both individuals to signal their virtue, and for politicians to grandstand theirs.  There is a great takedown of wealthy celebs who pushed for more migrants offering them homes, only to fail to deliver.   Murray also notes that Governments across Europe are doing the same on a bigger scale.

Whilst I have no doubt that Murray is a well educated and read chap, I feel he really misses the crucial point.  The cultural anchors that he claims (correctly) to have been slipped – for example the buildings we construct now are built for a defined period of utility rather than towering edifices of permanence as in times of yore, the loss of physical skill in art and music – these are noticed only  by the classes they matter to.  Murray does not venture into how our politics and society has become lecturing, hectoring and so often a non-choice at the ballot box, where politicians and the media went to the same schools, the same dinner parties and the same operas.  How the common interactions of the mass of people have been illegitimised by the likes of Common Purpose placemen, where every aspect of our lives is becoming increasingly under threat – most noticeably in the arena of free speech.

Perhaps our societies are “tired” as Murray asserts again and again – because the simple act of living has become tiresome under the pettifogging codes of conduct that shift on a weekly basis, by the Cultural Marxists undermining our nations psyche?  Take a look at what is permissible and indeed recommended in times gone by to refer to someone of African descent – and what is permissible now.  The key argument here is not which word or description is regarded as derogatory, but that it changes so often that people become unbalanced in their speech in trying to keep up with what is likely to cause offence this week.  Look at Benedict Cumberpatch’s verbal gymnastics when virtue signalling in recent times.  That is just one example of how our culture is constantly threatened by limiting our free speech and thought; there are countless others of how our culture is disrupted, with the no win no fee compo cases, the pub closures, the elimination of men only clubs and organisations, the normalisation of transgenderism.  These micro assaults on the details of our daily lives are as the tide erodes the bedrock of our culture, taking a thin slice of what makes us us with each ebb.  And it is all backed up by the inconstant policing of our society, where great crimes are dealt with poorly and minor crimes punished beyond all reason.  While the great and good are seemingly unpunished for their felony.

So there is no critique for the common man or woman in here, there is no investigation into international initiatives to change our nation’s cultural makeup such as Agenda 21, and there is very little interviewing of past and present government Ministers and responsible Civil Servants.  There is no analysis of how our popular culture has been debased by reality TV, by the persecution of people’s simple pleasures such as dog racing, how our educational standards have been destroyed over the years.  There is no analysis to see if there are any organisations that profit either financially or ideologically from migration beyond a bit of Soros bashing; or any other intellectual queries save for this loss of spirituality.  Nope, it’s all down to us being “tired”.  I think what grates with me is that what Murray sees in the ruling classes as cultural suicide, he fails to note as murder being waged on the lives of the common people.  It may be that Murray seeks to persuade the ruling classes and not dilute his message by documenting the lives of the ordinary.

This book could have had a much wider scope, yet in places it reads like an advert for Murray to raise his media profile and thereby earnings, and I cynically offer that he held back on hammering the media for this reason; I could be wrong.  This in itself is not a bad thing as he comes across well on TV, especially when nailed on panels of 5 vs him.  But it is disappointing that it makes no scope for how to resolve either the problems that migrants to Europe are causing and will cause, nor the “tiredness” of our culture in the Establishment and the bleak Frankfurt School march through our Institutions and our society.

That said, Murray may have felt that to go into the areas I have mentioned would have been too many asks too far, in order that many would read his works and at least begin questioning everything else.  Perhaps is it best to chip away piece by piece.

They say that Freddie Forsyth is happy to review any new written work. The caveat being that, if after half an hour he is bored or confused, the soft bits (that’s your or my great [more…]

It’s late June 2021; I have a brief face-to-face encounter with former Supreme Court Justice Lord Jonathan Sumption, at the Chalke Farm History Festival, near Salisbury, Wiltshire.  He is there to promote his latest work, [more…]

It is no secret that I absolutely love the writing of Patrick Leigh-Fermor, a man whose life would have been wonderfully interesting even if he had never published a word. I sketched out something of [more…]