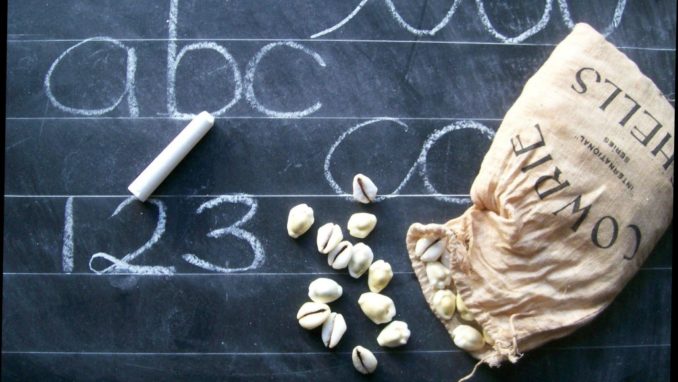 I was an inquisitive child, I wanted to know how, and why. Mum was one of those who thought ‘just because’ was an answer. Dad was much better but worked several jobs so wasn’t around as much. Big brother and his mates weren’t much use either. I remember a ‘discussion’ about a tractor. The man a few houses up worked on the farm and drove back for dinner on his Farmall three wheel tractor which he left running, I said he should stop it and restart it when he’d had his dinner. Big Brother, having heard the throwaway line from a grown up I suppose, stated that ‘it didn’t use any fuel on tickover’, insisted that I was wrong. I do remember, at the age of five, standing my ground saying it must use something otherwise it wouldn’t go until clouts from Big Brother and his mate ended the debate. I remember an earlier time being taken to see the the runners with the Olympic torch passing by on ‘The Turnpike’ as my parents called the A30 road some five or six miles away. I remember being thoroughly puzzled by the lights in the road that came on when a car came along and switched off after it passed. I thought it pretty clever, we didn’t have lights in our lanes. I’m thinking it may have been the ’48 Olympics when I was nearly three. Perhaps this early curiosity was what led me into engineering and design.

I hated being left at home when big brother went to school, he was about eighteen months older, I was both intrigued and puzzled by his stories of events at school. What were these ‘classes’ they sat in ?  What were ‘tables’ ? Eventually at the snail’s pace that time creeps by when you are young, it was my turn to go. Off down the road to the bus stop by the shop with the other kids, no parents weeping at the roadside, no sobbing children, just people getting on with things. I suspect that any child would have been deeply embarrassed by a mother showing him up by snivelling at the bus stop or school gate.

The infants’ school was Victorian and built alongside the High Street, unlike today’s planning, the school and its children were seen as part of the village; we watched general life from the playground, chatted to people as they passed. A few years later it was closed, the thinking was that a bleak windswept isolated ‘new’ school on the fringe of the village would be ‘better’. What happened of course was that it was worse, it isolated the children from the village and from the villagers.

I loved Miss Phillips from the start, she smiled, listened to me and seemed to be interested in what I said. She pushed me on to try new things. After being cooped up at home with Mum and little brothers that was a welcome change. Checking the records I find that my teacher was in her early twenties so was probably in her first few years of teaching, she had got the measure of it very quickly. I can’t remember any raised voices or anything that interrupted the calm of the classroom. We had small wooden framed slate blackboards on which to practice our letters and patterns to learn fine motor control. No bins full of scrap paper, just a film of chalk dust over everything. Children do not have fine motor control to use pencils to write within the confines of lines, it comes with practice; in olden times people knew this and worked around the problem accordingly. I remember my heroine asking me if cows would get out of a field if there was no fence completely around the field. As a country boy I could say of course they would, cows have just that very ambition bred into them, so she told me close up the field when you write a letter with an enclosed round. Don’t let the cows out. It must have worked for the memory to have stayed with me all these years.

Story time was my favourite, on special days I got to sit on her lap and turn the page, when she asked me to, as she read the story to the class, soon I knew when to turn without her asking. I realise now that it was a good way for her to find out the reading ability of any child without the child feeling that he was being tested. She introduced us to the world of Thomas the Tank Engine and his friends, they were the latest children’s books of the day and quite different to the worthy ‘Beacon Readers’ which were the stock fare in the school with their stories of The Empire and derring-do. We learned to read by learning the sounds that corresponded to letters or letter pairs; it wasn’t called ‘synthetic phonics’ then, it was called ‘learning to read’.

Arithmetic was taught in the good old ‘learning by rote’ system, constant examples of counting, adding up and taking away to be written down and performed. We used counters, I’ve since learned that they were cowrie shells and bought a bag of them at a boot sale for old times sake. I used them to teach a neighbour’s child to count and use numbers with them, and succeeded where five years of ‘modern’ teaching had not.
We had to have far more understanding of numbers in our pre-decimal, pre-metric world. There were farthings to pennies, pennies to shillings, shillings to pounds, dozens, scores, grosses, gallons, quarts, pints and gills, stones, hundredweights, tons, chains, furlongs and miles and that was enough to get on with before you got talking about bushels per acre later in your schooling. Knowing your tables was an essential skill, it was achieved by rote learning, constant repetition and testing, over and over and over. What the educationalists call today, ‘over-learning’ for instant recall. It’s strange that rote learning is said to be ‘a bad thing’. Ask any football mad boy to name his team, he’ll rattle them off probably with shirt numbers, games played, where he was last and other detail. Listen to a bunch of girls as they invent a new ‘skipping song’ or, more likely these days, a ‘rap’; line after line committed to memory seemingly with no effort or hardship.

A lot of emphasis was put on handwriting, first with chalk, then with pencil and much later, a steel nibbed dip pen. Miss said that she could tell who a person was by their writing, I tried to write well but never did get to be best in class like I did often for other work. The desks we had then were sloped.  All the way back through history writing surfaces were sloped. You can see sloped desks in illuminated scrolls, in illustrations of Dickens’ books, you can buy antique writing slopes. At the time of the desecration of our old Victorian schools the sloped desks were junked and flat tables introduced. I’ve never found out why millennia of practice was abandoned so quickly.

It was a shock to my system to move class, or standard; from an angel to a dragon. My God she was strict ! The Dragon looking over your shoulder as you wrote, a whack on your knuckles with a ruler if you made a mistake. The method worked, it did concentrate the mind. She, I can’t remember her name, was in her fifties probably, was the first adult that I saw cry, she came into the big classroom where we were all assembled to tell us that the King had died and that we now had a Queen. We then sang God Save the Queen although from force of habit it came out as God save the Kin-queen for the first verse until we got the hang of it.

The next standard was with the headmaster, he was a good enough old chap. I was ahead of the class and was inclined to get bored if we stayed on the same thing for ages while the stragglers caught up. He made me monitor for various jobs, getting the milk crates into the shade or into the warm depending on season. He got me and another boy on gardening duty, digging and weeding the flower borders that ran alongside the wall to the street. I remember that a load of silt was loaded into the playground, it came from the river bed where a replacement bridge was being built and we had to spread it as soil conditioner. I then learned about the ancient custom of throwing money into water, I found coin after coin. Treasure ! Several shillings worth of small coins. I handed them to the headmaster who handed them back with a ‘good lad’ comment about being honest, oh what riches I had ! In the autumn I was sent to his house across the road to pick soft fruit or ‘deadhead’ the flower garden for him.

By this time the more advanced children were writing with pens, cursive script with steel nibbed dip pens is not an easy task. How to gauge the right amount of ink ? Dip too deep into the ink well and the ink would splurge down the nib to make a big blot, too little and you had to repeat again. Press too hard and the nib would ‘cross’ and cut the page. Immense concentration as you worked down the poem or whatever it was to be copied, then the utter dismay as a blot ruined the page, plead with the teacher as to doing it all over again or getting away with it, ‘just this once Sir.’ Later in life when teaching I couldn’t believe how lax the teaching of handwriting had become, not writing in cursive, drawing little circles instead of a dot over the i and general silly flourishes, and that was just other teachers.

I’ve mentioned ‘standards’. The school used the system of children reaching the required standard for going on to the next ‘standard’. Trying to reconcile my memories of the class I was in with dates of events it seems that I was pushed on through the classes and had been moved earlier in the school year than the formal September date. It is a scheme that should be looked at again. Some of the ‘can’t be bothered brigade’ of children would try a bit harder if left behind with ‘the babies’ rather than advance with their friends and peers.

Next was the move down to the school by the church, bigger school and bigger ambition, to learn everything there was to be learnt and pass the eleven plus to go on to great things.

2001, I had finished university, after paying all my fees up front, and taking out large student loans, I emerged with a Degree in History. How to put it to good use? After working in [more…]

The crushing of the 1956 Hungarian uprising led to repercussions far beyond the borders of the country itself.  In its wake communist fellow travellers were forced to confront the grim realities of Soviet realpolitik, the [more…]

Foraging for food in the Fifties

I was born in 1945, the war had just ended, the world was a very different place then. As a child food was one of my primary concerns, it was difficult to find enough fuel [more…]