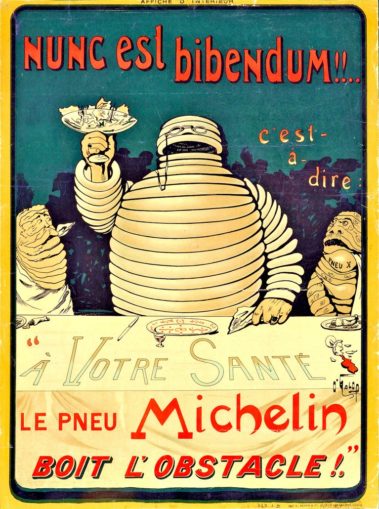 Having recovered from the ravages of what we thought was pilchard food poisoning but was more likely some dodgy Camembert, and rested sufficiently at the Rouen youth hostel we ventured forth on Day 5 and headed to Caen. Our route took us along the old N175 through Pont-Audemer, Beuzeville (a small town I was to visit and holiday nearby with wife and family many years later), Pont L’Eveque and on to Dozulé, our last stop before Caen. I think it was in a small bar in Dozulé that, for the very first time, we came upon the voice of Jaques Brel playing from the juke box. Bear in mind that this was 1965 and we had been steeped in the music of The Beatles, The Rolling Stones and Kathy Kirby (Pat had some kind of fetish about her glistening red lips [filth!]) so our exposure to anything other than home-grown popular music was extremely limited. We had been chomping our way through a baguette when all three of us stopped to listen to Brel’s rendition of “Amsterdam”.

This video (with English subtitles) gives you the kind of visceral delivery and the power built up in the space of just two and half minutes that stopped we three young pups in our tracks. Of course we had absolutely no idea of the content of the song – until much later – but we knew we had arrived at that indefinable moment when we thought we had “discovered” France and the French. Which was not quite the case as Brel was Belgian.

Cough put a franc in the juke-box and we played it again and then another franc and again until the the bar owner said “Pas plus!” We were hooked. The next day in Caen we sought out a record store and brought a single of “Amsterdam” which we were to carry in one of the panniers for the rest of the journey and back home. On the other side of the single was “Le Moribond”. More of that particular song later.

From Caen we headed due south but on the road between Vire and Fougeres on Day 7, Cough’s front tyre popped three spokes and worse than that the front tyre of the solid tandem that had borne most of the weight of the panniers split open on a pothole. Although we had become adept at repairing punctures we had nothing to repair a split outer tyre. I can well remember sitting at a quiet crossroads just outside Mortain and suggesting to the other two that this venture was fast reaching the end of the road and we would never make our destination and that perhaps we should just ditch the bikes and head for the nearest station. There was grudging agreement but it was Cough who said that we should give it one last shot and limp into Mortain to see if we could get the bikes fixed. Thus we walked the last mile into town dragging our steeds and ended up outside one of those garages that has since long disappeared. One shed, a single petrol pump (hand pumped) and a rusted Michelin tyre sign swinging precariously from a bracket over the door. The owner (we presumed) was sitting in a chair outside, enjoying the warm late July afternoon. With little hope and very little understandable French we explained and showed the problem to the fellow and like a caricature of all Frenchmen he shrugged his shoulders and pursed his lower lip. We expected that this was indeed the end but miraculously he indicated that he might be able to do something. “Laisse-le moi et reviens demain matin”. OK. We had nothing to lose and as luck would have it there was a youth hostel in the town. That evening we perused the map and made yet another revision to our plans. La Rochelle, we reckoned, was nearly 250 miles away and would need a regular 40 miles a day pounding to get there in the one week left to us on our outward journey – if the bikes could be fixed and could stand the pace. St.Nazaire was just 140 miles away, was on the coast and only needed 20 miles a day gentle peddling to make the destination. New co-ordinates, new target. All we needed now were…er…the bikes.

Returning to the garage in the morning we found the bikes propped up against the petrol pump and the owner sitting in the chair we had left him in the day before. When he saw us he smiled enigmatically and gestured towards the bikes.

Cough’s spokes were all back in place and wonder of wonders the front tyre of the tandem had no signs of a tear. What had he done we asked? The guy had stripped the tyre from the rim, located the break in the rubber, pushed the edges of the tear together and then stitched a leather patch on the inside of the tyre so that it formed a perfect seal between the outside and the inner tube. It was only when one looked really closely could you see the stitching on the outer tyre. “Ça va aller. Très fort.” He was absolutely right. We never had any further problems with the tyre or Cough’s spokes. And the wonder of it all? He didn’t charge us a single sou.

Refreshed, heartened and refuelled with a joie de vivre we set off towards our new destination, Rennes, and then on to St.Nazaire. Cough in the lead, Pat and I following on close behind on the tandem. The inhabitants of Mortain may have been more than a little puzzled by three Englishman gleefully singing out the lyrics of Brel’s “Amsterdam” as we headed out of town.

(In the next and final episode we arrive at our destination, meet and befriend a 6’9” American, Pat falls in love – not with the American – and we finally make our return home, wiser and with memories fuelling this writer for over 50+ years).

A Massacre of the Innocents

As we continue the Nostalgia Album 1952 return trip to England, after leaving north eastern Spain and Catalonia, it is time to traverse the Pyrenees. The next sequence of photos helps to recreate the route. [more…]