But where do you go to my lovely
When you’re alone in your bed
Tell me the thoughts that surround you
I want to look inside your head, yes I do

In 1994 I ran some of the first courses in the UK applying NLP Communication and Persuasion techniques in business. Recently I came across a comment that “They are using NLP and hypnosis to persuade us”. I decided it might be informative if I wrote some articles on NLP and Ericksonian Hypnosis.( I have written some for GP which are now in purdah due to image copyright and I will eventually resurrect and update them)

I have done a lot of work on how I might construct speeches and writing that conveys a message I want to put over and one that bypasses your conscious mind and embeds ideas in a more powerful and persuasive way. I can usually detect how these ideas about persuasion have been used in advertising for 30 years, BUT the UK government isn’t doing it by daily briefings, or at least, doing it so ineptly that it won’t work. I will try and explain why later in the article. 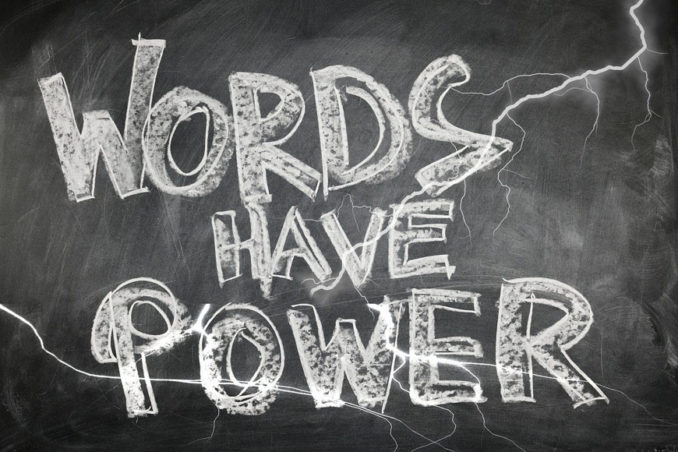 I’m going to tell you a story. Relax and take this in because it might dramatically change your life – and you can keep the change.

In the 1980’s a relationship led me to the Hampstead Set deep into the latest emerging therapies. I was invited to a free evening presentation on NLP. I was amazed at what Bandler & Grinder were able to do with people and I bought the book “Frogs Into Princes”. It explained the techniques they were using in a narrative anecdote form. There was no labelling of the techniques that people try to teach on NLP courses. “Six Step Reframe” wasn’t about putting your painting into a new frame. And, I saved time because I could do it in four steps and that cost me a diploma.

Back to the story. You were in Hampstead. I was already interested in self-hypnosis and hypnosis was one of the foundations of NLP.

I had a problem I wanted to work on. I blushed in the presence of women. I kept telling myself “But I’m not embarrassed. Stop it!”.  I put  Beethoven’s 5th at a low volume, surrounded by four speakers. Lights off, just the movement of green LED’s on the stereo. I lay flat on the floor supported by a garden lounger mattress – and I started to    relax, slow     breathing and go    inside    my mind.

I mentally asked “Why do I blush when I’m not embarrassed. It’s not useful to me?”

I got the answer. I was shown an image of an incident from when I was six years old. It was a memory I had never referenced in the previous 18 years or so.  I had gone into the toilet and sitting there was an aunt. I was so embarrassed I didn’t know what to do. I hid under a bed and stayed there for 30 minutes.

After that I never blushed again. How can anyone explain that?

That was the clincher. This NLP and hypnosis works. I read many foundational books by Bandler & Grinder as well as associates. “Change Your Mind – And Keep The Change”, Trance-Formations, Reframing, and “The Structure of Magic” come to mind.

Neuro-Linguistic Programming appealed to me. Bandler was a computer programmer and so was/am I. His programming logic allowed him to take a number of diverse therapeutic techniques and weave them into methods for fixing people’s behaviours and persuading them to do things.

Persuasion is good for fixing people. Good communication techniques enable persuasion to work. It’s good for selling ideas and products. Yes, it could be used to manipulate populations and groups. It was banned in some countries.

What is NLP? Well I already answered that in one of my business flyers:-

“Neuro-Linguistic Programming Neuro-Linguistic Programming was the creation of Richard Bandler and John Grinder in the early 1970’s and is a combination of understanding how the brain processes information to create both conscious and subconscious patterns of behaviour and how language is the way we represent our relationship to the outside World. Bandler & Grinder also studied the hypnotherapist Milton Erickson and incorporated into NLP his language patterns for eliciting information and creating trances. The skilled use of hypnotic influenced language can be employed to make better persuasion and communication. Its most powerful use in business is in individual coaching to change limiting beliefs and in creating confidence, energy and motivation.”

The real money is in applying NLP in the business community and that is what I did for a few years. Then I got hooked back into computing as well as working as a hypnotherapist.

When you understand the fundamentals of something and look at it 30 years later you realise how much bull-shit can evolve from some basic ideas. I haven’t read an NLP book for 30 years and went on a course about six years ago only to get the certificate since I never bothered to pay the money to get the official Super Grand Wizard of NLP certification by spending three weeks in NLP boot camp on some exotic location.

What IS it!? NLP is shrouded in psycho-babble and “I just thought up a new technique with a cool name I can sell to you in an expensive course. You don’t realise I just recycled another technique and gave it a name.”

You are already programmed from birth. As you move through zero to twelve for example you are programmed by your parent’s beliefs, how your emotions are affected by incidents and experiences, and school. You learn things that become part of your belief system and those experiences are embedded in your sub-conscious such that you respond automatically, without thinking. You respond and the reason why you respond a certain way is hidden in your sub-conscious but also available if you know how to find it.

That was the essence of curing my blushing. Locate the original learnt experience. Tell it that behaving like that was crazy for a 26 year old and voila, it’s cured.

NLP uses four main ideas to bring about change as well as persuade:-

What if I was standing on a podium and giving a speech where I was trying to persuade you to do something. What if I dotted my words with trance-inducing phrases one’s like “imagine for a moment”, “you could feel – RIGHT NOW!” What if I used gestures to emphasise concepts in my speech?

Back to government briefings and whether they used NLP techniques to persuade you. NLP didn’t invent advertising and persuasion techniques. It simply analysed why some people were better at it than others.

The “5 Step Slide” was definitely an attempt to imprint the ideas into the population. It probably only needed about five presentations before it’s showing further pissed people off. What they should have done is create a “Five Step” logo for the first five showings and then simply referred to “Five Step” in new slides by a blow-up of its logo. You anchor the idea to something, a logo, and then you fire it. (Explained in a following article somewhere in what might be a series)

Remember John Major? Well, most cabinet ministers are a bit like him. Grey civil service clones that don’t use emotive language. They are typical accountants. People make changes and accept your message when they have an emotional response. You may logically want a new lawnmower but it is an emotion you feel when you decide which one.

It is only Boris who conveys and elicits emotion. He’s obviously a “kinaesthetic”. All feeling. Not visual because he doesn’t care about how he looks.  Even if some psychologist had written a persuasive script, I submit that by having a different presentation team each day they had no-one who could deliver it consistently and that the delivery would have been so flat it wouldn’t evoke the emotion required for the audience to act.

I feel a few articles are needed.

In the 1982 I was lucky enough to be sent to Japan on business. On the 35th floor of an Osaka skyscraper they was a loud bang and the building was definitely swaying. My natural [more…]

What is it they don’t understand? We all know that the NHS is either creaking or broken. Your opinion of the NHS is based on your experience and reports in the media. I have both [more…]

Sleep Apnoea, “What a load of CPAP!”

“You, you may not know this about me but years ago I was diagnosed with a sleep disorder” – William Shatner Pronounced “Sleep ap knee ah”. I remember an episode of the Sopranos from 2000 [more…]