European elections are conducted under the d’Hondt system, which works like this:

Each voter has one vote and marks his ‘X’ against his choice of party. Each party puts up a list of candidates, in order of preference (best first). If there are (say) 8 seats in a constituency, the parties will put up 8 candidates each, if resources allow.

There are then 8 rounds of counting (not voting) to determine how the 8 seats are allocated.

Round one:  The party with the most votes picks up the first seat.

Round two:  The party which collected the first seat has its initial vote divided by two (ie, one plus the number of seats it has so far) and the party with the most adjusted votes in this round picks up a seat.

In subsequent rounds, the same process is followed.  If a party has collected 2 seats, its vote in later rounds will be its initial vote divided by (2+1) ie 3.

In 2014, in the NorthWest Region of the UK, votes cast were as follows: 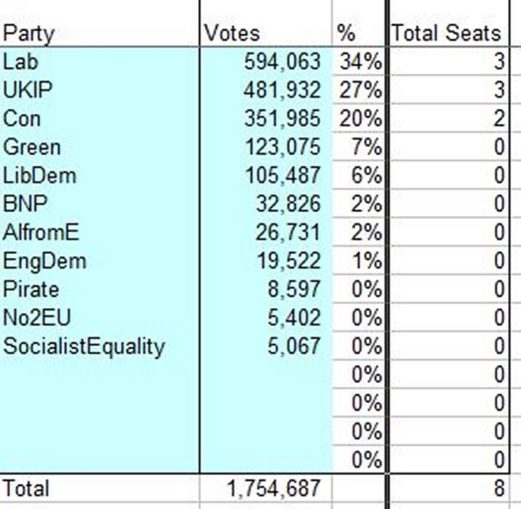 Labour and UKIP got three seats and the Conservatives the remaining two.

So what might happen next time, with the addition of the Brexit party to the mix?  What follows is a series of scenarios – a scenario is a posh name for a guess – and your guess is as good as mine.

Scenario 1 – Brexit party gets half of the UKIP vote, no other changes

This assumes that the total number of votes cast is unchanged, and that the minor parties get the same votes as before. 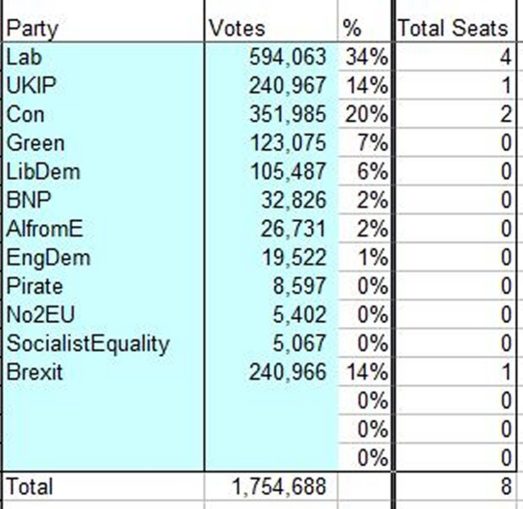 Labour benefit with four seats, the Conservatives unchanged on two, and the Leave split vote sees UKIP and Brexit with a seat each.

From here on in, I am assuming that Brexit and UKIP split the 2014 UKIP vote equally, and adding another assumption. 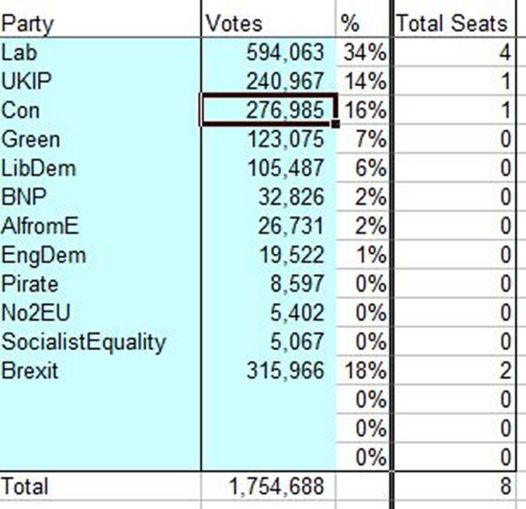 What happens if the Conservative vote transfer divides equally to UKIP and Brexit? 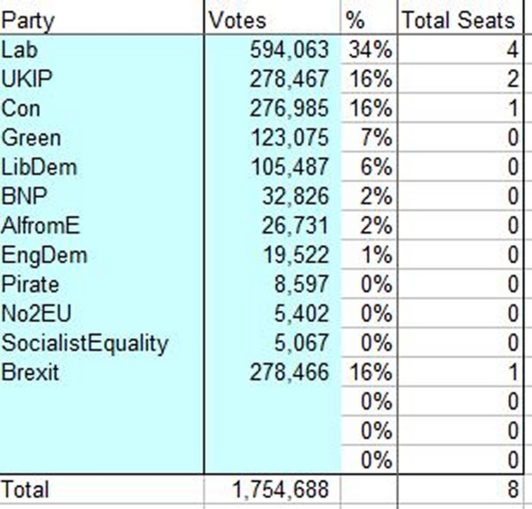 Here, UKIP benefit instead of Brexit, but Labour are still up one.

This assumes that the Conservative vote falls to 6% from 20%, and the beneficiaries are equally UKIP and Brexit. 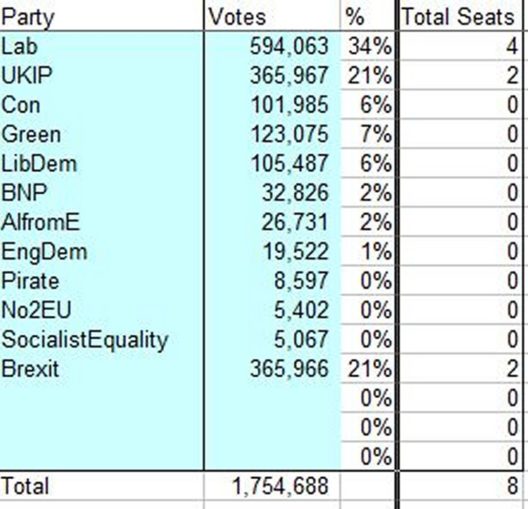 Here the conservatives are wiped out and UKIP and Brexit share four seats.

So far, I’ve assumed that Labour’s vote stays unchanged.  But what if it dips instead? 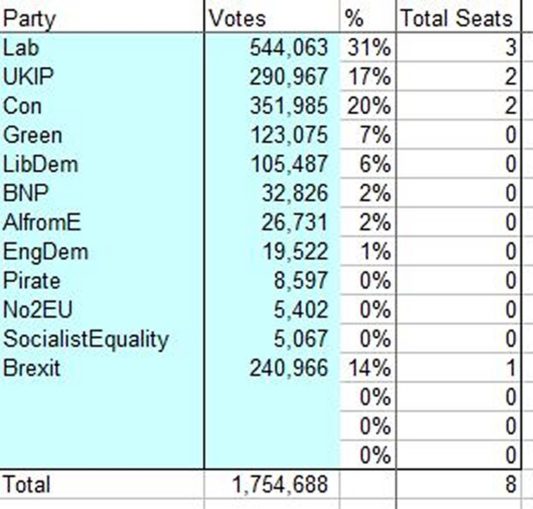 Finally, what happens if there is a shift from the main parties to Leave parties? 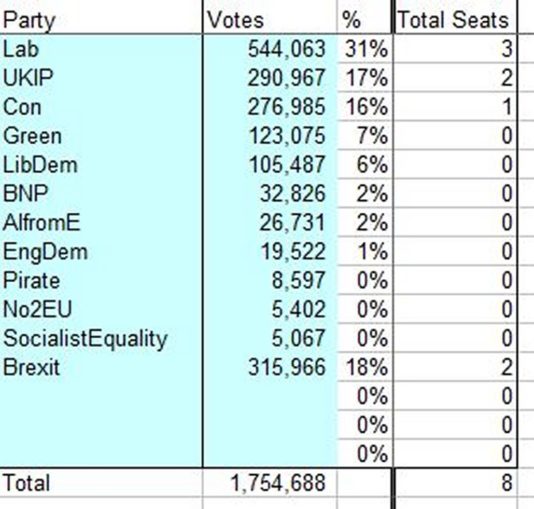 Here Labour repeat their 2014 result with three seats, UKIP and the Conservatives lose one each and the Brexit Party gains two.

The d’Hondt system appears to favour larger parties, with the Greens getting nothing for their 7% of the votes, needing to poll 2% higher to gain a seat (which would have been the third UKIP seat).  It is unlikely that a candidate without the backing of a party would gain enough votes to get elected, so challenges from Independents are unlikely to succeed.

Despite the chance that Brexit and UKIP will split the Leave vote, it does not take very much movement from Labour and the Conservatives to make up for this, unlike in an election run under First Past The Post.

Finally, this is all guesswork – as Yoda said,

The Conservative Party and the Labour Party, the duelling banjos of UK politics, took a stuffing, a stuck-pig type stuffing in the EU elections. Squeal piggy, squeal! Burt Reynolds was the man, the alpha male [more…]