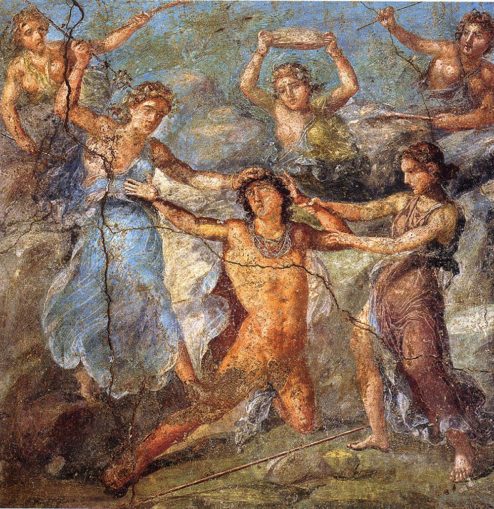 Man’s most valuable trait is a judicious sense of what not to believe. Euripdes

OK, I admit it. I am a conspiracy theorist. Or more accurately, a conspiracy realist. The synonyms for theorist include logician, sage, savant, sophist or wise person. The synonyms for realist include naturalist and rationalist. With the exceptions of sophist and naturalist – of which I am adamantly neither, I am happy with either definition, but very irritated indeed at the perception that Conspiracy Theorists are kooks, fools, idiots or worse – or in the words of some of our less than dove-like politicians with clearly blood stained hands – dangerous radicals or indeed terrorists. What truly pisses me off though is the naive ignorance of history, power, manipulation, human nature and plot that seems to be the only thinly disguised fig-leaf of moral reason that those so quick to condemn individuals or groups that wish not to subscribe to the more traditional and established narrative.

Maybe it is due to personal insecurity, maybe the offending group or individual concerned is a kook. Or maybe those throwing the stones are so brainwashed or culturally inoculated against the evils present in our world that they cannot possibly believe that the current system is rotten pretty much to the core, and requires an overdue and serious overhaul. Irrespective of the mens rea of both parties, let us attempt to reason together. The true intellectual radical will refuse to be drawn by a overwhelming sense of paranoia. This state of mind, often exhibited by those in the throes of cannaboid lethargy, can sometimes be useful as a lever in prying open the deeper man-hole covers of our society. After all, just because I am paranoid does not mean they are not out to get me. However, like naivety and ignorance, paranoia can be a hindrance where every dot is a significance to be joined and mated to its neighbour creating a shape that is a gross distortion of the facts. The alternative being an inability or willingness to see corruption or agenda alike, which is just as unpleasant a moral slander. A more credible starting point is never to subscribe to conspiracy that which can be easily explained by cock-up.

However, as we have started using the letter “C” in earnest, let us bring together some words and actions that are never very far from the genuine conspiracy – criminality, cover-up, calumny, cancerous, character assassination, credibility, cloak and dagger and finally, conscience. Oh yes, and a word in the plural that when used is a very pejorative term for an intimate part of the female anatomy. For those that would take part and execute a conspiracy on a major scale are indeed the most treacherous of souls, not only lying but performing evil deeds and pulling more and more innocent individuals into their foul web of corruption as time progresses. For the whole of society and justice is weakened and undermined by them, yet often as is the case, their deeds are not exposed for a number of reasons. So let us define what a conspiracy is in plain English.

Traditionally, it is an agreement between two or more persons to engage jointly in an unlawful or criminal act, or an act that is innocent in itself but becomes unlawful when done by the combination of actors. So on a purely pedantic basis, there is a lot more conspiracy about than we would first think. Like adultery, for instance. However, from a legal standpoint, generally conspiracy requires more than two parties as defined by the Wharton rules, circa 1846, and set by legal precedent in 1850 where a charge to conspire to commit adultery was dropped. Other offences excluded by this rule are duelling, bigamy, pandering, gambling, buying and selling contraband goods, and strangely enough, the giving and receiving of bribes. However, the law, apart from being an ass – is also wildly inconsistent and it is still possible to define a legally valid conspiracy as being two individuals, and this still applies to those who conspire to distribute narcotics. Or to put it another way, if the law chooses to include conspiracy as a significant factor in a criminal offence, hell will freeze over first before this is excluded from legislation. Hence conspiracy to murder, embezzle, rob, smuggle or to produce drugs still being a valid charge. However, military law still strictly considers a conspiracy as two or more individuals acting in concert for a viable court martial to proceed. So not only do we have a very movable feast, it would appear that society is willing to accept moral schism based on rank, privilege or responsibility. No big change there then. Or to put it more cynically, legally – conspiracy is an easy charge to make, difficult to defend but easy to convict without the substantive crime itself having being carried out – whenever the law or society so chooses.

This is exactly the criticism that the hard line rationalists and sceptics make, it is very easy to cast aspersions and without foundation accuse your opponent – the argument being that a lie is half way around the world before the truth has got its boots on. The law still considers this factor – plotting – to be a serious enough offence to send a man or a woman the big house with bars for windows when considered serious enough. So who has got the moral high ground here – those that look at a scenario and have their sensitive noses offended by something not passing the smell test or those that would prefer that conspiracy is considered some form of intellectual and moral fetish that inhabits the psyche of the paranoid? Yet lawyers and jurists alike have over the ages have chosen to refine the definition of conspiracy to reflect the mores and values of society rather than abandoning the concept altogether. No doubt, in the middle ages somebody was probably burnt at the stake or imprisoned for conspiracy to have carnal knowledge of someone else’s wife or husband, and it could be argued – if one is of those in favour of thought crime – that would be a reflection of the long term degeneration of our values. After all, some states in the USA still carry adultery on the statute books, although it is rarely prosecuted.

Ask any experienced police officer if conspiracy plays a part in major (or even minor) crime, and your answer will a resounding “Yes” qualified with two other statements. Firstly it is quite difficult to prove the substantive crime itself as the miscreants acting in tandem will always aim to cover their tracks, and two or more heads being better than one, they frequently succeed, and secondly, that is why conspiracy is still on the statute books. So it would appear that from the legal perspective at least, the conspiracy theorist has a strong moral position considering the historical behaviour of the criminal genus of homo sapiens. However, as we dive down the rabbit hole the position becomes less clear.

The elephant in the room when it comes to conspiracy is another “C” word – Complexity. Conspiracy is embedded in our society, our lifestyles, even our parenting. To the child, agreement by mum and dad should immediately be suspect. Amongst the advice given to parents is to have a united front, yet this pretence can frequently be detected by the eyes of a child. As children, we are acutely aware of our emotional environs, this being part and parcel of childhood innocence. Consequently, we can see through such confection. Maybe I just came out the womb with a cynical streak, but my first exposure to conspiracy was Santa Claus. I remember to this day the confusion and betrayal I felt at this “White lie”, of which there were many in our household. Such a corrosive act of betrayal – lying to a child – always struck me as being a symptom of an even bigger illness. It has paved the way for “Situation ethics” and the dissolution of truth, for if we are willing to lie to the most vulnerable in our society with impunity, what hope does that give the rest of us that would rather face reality than myth?

That said, I am just as guilty as the next man of being a co-conspirator in many scenarios. My first mainstream encounter of this being as a teenager. “Are you both 18?”, Yes. “Have you both been smoking”, No. My mea culpa being quite naturally, if you are willing to lie about a fantasy character such as Santa Claus, I can lie to you about by hedonistic urges. It wasn’t until I became considerably older I understood the devastating nature of such “Innocent” lies, and the deeply corrosive effect they have in society. With passing time and experience, I realised that conspiracy was part and parcel of life, be it in government, business or relationships. That big surprise birthday party? How many “White lies” were told to cover that up?

To some, these musings may seem the indulgence of a raving paranoid. Maybe I watched too many episodes of Calimero as a child, the anthropomorphised Italian chicken whose catch phrase was “It’s an injustice”. What is clear though in this age where corruption and collusion are being exposed as a part of daily life, we need to start honestly thinking about where the moral authority for such behaviour starts. Telling children it is OK to lie as a parent might be a good start.

[This is one of the chapters from a book I started writing in 2015. I will probably never finish it, so GP readers will probably benefit more from occasional excerpts than it languishing on my hard drive.]

Some books can influence the way we view the world, perhaps we read them at a particularly impressionable time in our lives. Perhaps when we are young or going through some form of major crisis [more…]

Some Things to do in Lockdown

Well frens, it’s been a little while since I’ve written. Dad passing away, sorting his affairs, loss of old job, moving to new job, very busy. One thing to come out of it all is [more…]

Ancestors: A prehistory of Britain in seven burials, by Alice Roberts

One of my favourite tv moments was when we saw Alice Roberts approach an eminent palaeontologist on site. He dropped what he was doing. ‘Hello, Alice’ he said warmly, walking towards the camera, extending her [more…]