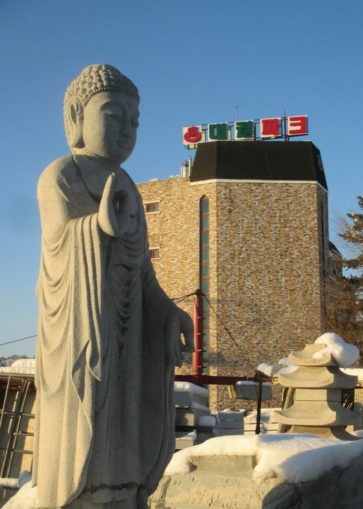 Towards the end of my stay in South Korea in 2017, I attended one of the mega-services Korean churches specialise in. It was a meeting of the Baptist Church, which, the guy who invited me said, was perhaps “a bit more enthusiastic than the others.” He was a fellow resident at my lodging house, a young technician in a car-parts company using it as a dormitory. Before the service, I had a long chat with him in a nearby noodle restaurant. I should say right now that I am a non-believer, albeit one who recognises and respects the pivotal role Christianity has played in European history and culture, admires believers today without sharing their faith, and loves old churches.

“Of course, at other churches, some people just go to generate business opportunities, to find buyers for their products,” he said. “And boys sometimes go to meet girls. The church is a great social facilitator. In South Korea, we’re quite small as a sect. We build congregations using word of mouth, getting kids to come to the bible seminars, for example. The kids tell their friends.”

I had expected him, a technician, to take a scientific view of the old texts, but his beliefs were jarringly literal. He spent five minutes trying to persuade me that, according to the latest archaeological evidence, the Red Sea actually was parted by a freak earthquake and that there had indeed been something funny going on in the cosmos the night the Three Wise Men followed the star. Far from distancing himself, he had trawled books and websites looking for facts that coincidentally gave credence to biblical story.

“Do you often think about life after death?” he asked.

“But you should. You will be judged at the end of this life.”

He seemed particularly animated by the hell side of things: “Because people like Hitler did not suffer enough for what they did. And Pol Pot. Many serial killers, they also died peacefully.” 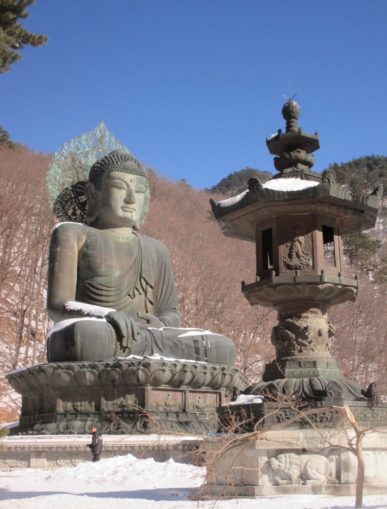 He repeated it. Not fair. I felt slightly ridiculous. Here I was, sitting over chilli noodles, opposite a mild-mannered device engineer in a suit listing people he wanted sent to eternal purgatory.

Then we went to the church, in suburban Suwon. From outside, it looked like an office block with a couple of stained glass windows. The real difference was inside. In Europe, all the comfort you expect from a church is a wooden bench and a Victorian heating system. This place had a kitchen, a café, an interpretation corner and a kindergarten. The kindergarten in particular was a clever touch, because it pulled in young parents while acclimatising infants to a religious environment.

The main hall was essentially a theatre, with comfortable seating looking down on a spot-lit stage. Its capacity was two thousand, but people were standing at the back fifteen minutes before the service started. It was evidently going to be a special, to mark the end of a seminar course or something. I was placed in the corner at the back in seat equipped with headphones for simultaneous interpreting — there was clearly some serious money backing all this. A few Africans had been promised as companions, but they did not turn up, so I was evidently the only foreigner present. The vast majority of the congregation were young or in early middle age. There were very few pensioners. It was the mirror opposite of what you expect of a British congregation.

I must admit, I was beginning to look forward to this. There was a projector screen on the stage, and to the side a choir of young women in natty sequined green costumes and a keyboard. It looked like we were going to get some good ol’ southern gospel. There were no overtly religious trappings at all. On the stage, next to the projector screen, stood a heavy wooden desk with three vases of flowers. We might have been waiting for a Powerpoint presentation on the latest Samsung smartphone.

Alas, what we were actually waiting for was two solid hours of bible-bashing, in which the choir, Yamaha and projector screen played almost no part. At a quarter to ten, the pastor marched self-assuredly onstage and announced he would be talking until twelve-fifty.

“Yes, it’s going to be long one,” he said, with the stern relish of an old-school headmaster. “You will look at the clock, and I will look into the soul.”

This proved to be his best line. For two unbroken hours, he served up Old Testament. No hymns, no asides, no jokes, just bible. The blood of Christ purifies our soul, man is as a bunch of grapes nourished by the Lord, a formation of flying geese .. On and on it went. After every fifteen minutes or so, he took a deep breath, raising hopes of some digression, some neat anecdote from his pastoral work, perhaps, and then he would say: Now let us look at Corinthians 1 Chapter 2 Verses 11-13 …

For the first hour, I longed for a hymn. Then I longed for a prayer. After ninety minutes, a fire drill would have been welcome. Twenty minutes later, I was ready for an actual fire. But all we got was a mildly entertaining five minutes when the pastor played us a short home video of his mission in Russia when one of the cars got caught up in a flock of sheep on a country road in Siberia. Quite what he was trying to say with this I don’t know, but I think I was the only one to snigger at it.

Towards the end, I looked around the congregation for signs of boredom, irritation, hunger, exhaustion or other forms of extremis and saw none. Some people were still keenly taking notes. I have to admit, I left that church completely mystified at Korean religious zeal.

I will leave it there; why religion leaves me and many others cold, despite my liking of Christians, is a separate topic. This was just a bit of reporting. 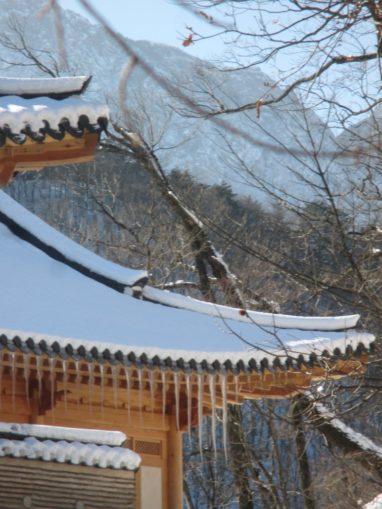 As a footnote, I spoke a little after the sermon with an older guy who claimed to know something about the Christian scene in North Korea. It had never occurred to me that Christianity could have survived in any form in the North, but, the fact was, a lot of churches would have been built before the birth of the “democratic republic” in 1948, and there would have been a large residual religious community.

In fact, according to the South Korean website, Bog-eum Gido Sinmun (Gospel-prayer-news), over 1,600 underground churches were opened between 1985 and 2014 all over the country. According to Cornerstone Ministries International, many were founded by North Korean famine refugees “who heard the Gospel in China, and returned to North Korea to open churches.”  Other activists were the rump of the pre-”liberation” religious community in North Korea, which had over 3,000 churches at its founding, and still others new converts within North Korea. I couldn’t work out which was more bizarre: communist China as a hotbed of Christian evangelism, or defectors voluntarily smuggling themselves back into North Korea. Some of the accounts of persecution of North Korean Christians that I have read – including use of a steamroller in one case – almost defied belief.

None of the stuff on websites can be verified, my companion said.

My full South Korea travelogue, Uri Nara, can be found at:

100 без звонков займ на карту без отказа More notes from 45 years of cycling If you are following this series, you will know that my kind of curiosity is one that is still making [more…]

The Switzerland I knew in the 1980s was the other side of the country from Vaud, the remote canton of Graubünden (Grisons), home to German-, Italian- and Romansh-speaking farmers and villagers, where Alpine cattle were [more…]