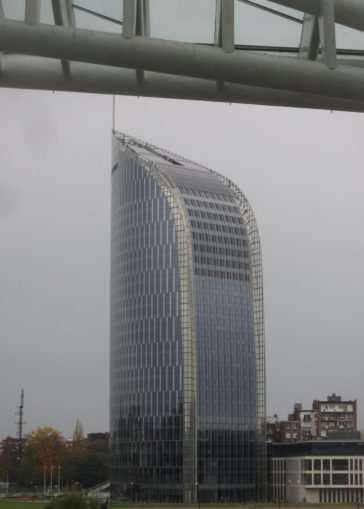 It was pouring with rain in Liège, so I decided to store my backpack in a station locker before spending a few hours traipsing in the wet around the place. Unfortunately, the lockers were automated, and, as it was Sunday, there was no attendant. Alarm bells went off in my head: I am clueless with simple mechanical operations. Sure enough, I couldn’t make the locker lock. It wanted my ticket number, but I couldn’t figure out whether the word “billet” referred to my train ticket or the chit the lock mechanism spewed out. Whatever I inputted, the door just swung back open each time I slammed it to, in an infuriatingly leisurely way, as if there was some little ogre inside — I imagine with a face like Paul Daniels’ — playing a game. In the end, I was helped out by a couple of shifty foreigners at the next locker, who gave every impression of being there to pick up a consignment of heroin. Only one spoke French, and roughly at that; the other just gave me black looks that said why don’t you piss off now before you get a penknife in the thigh?

After a long circuit of a sodden, anonymous suburb of apartment houses, estate agents and small businesses, I trudged miserably back to the station, where my companion as I wrestled again with the locker was a bag lady, speaking French in what I could have sworn was an English Home Counties accent. Soaked to the socks, I sat in the station for an hour. This little exploration had been a total washout — I had learnt nothing about Liège except that it is home to a good number of weirdos and has apartment prices one-half the level of nearby Luxembourg’s — but I was at least actually inside its best building. The Gare de Liège-Guillemins stands at the foot of a hill like a huge half-open mussel. I cannot recall a more beautiful modernist station shed (if only the Belgians spent as much on their shitty, graffiti-covered old trains). Even the escalators had artistic merit. 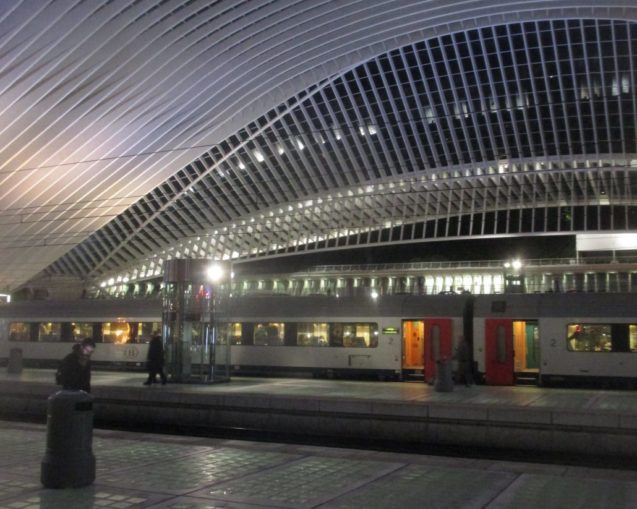 From here, I needed to take a train to Antwerp, prior to returning to the Netherlands. There were evidently three routes from Liège, but the roundabout northern branch line via Tongeren was much cheaper, so I opted for that. Signage and announcements were minimal, and it was a good few minutes before I finally located the platform I wanted. It was empty apart from somebody I initially took to be another of Liège’s contingent of vagrants. He kept wandering up and down alongside the still locked-up waiting train, peering in bewilderment up at the signboard. Normally I would have kept my distance, but there was something about his helplessness I could not ignore. I stepped forward.

It turned out he too wanted the Antwerp slow service. He was puzzled because the destination board said Anvers, not Antwerpen or Antwerp, and he, being a foreigner, did not know they were the same place. (Nor did I, for many years, just as I had long failed to twig that Aix-la-Chapelle is not in Provence, but is French for Aachen). Every other country in the world would have made the signage bilingual. Even though it has about 13 Welsh speakers, South Wales has scrupulously bilingual signage from Milford Haven to Monmouth. But in Belgium, the Dutch signage vanishes the moment you cross the invisible line into Wallonia. Mind you, the Flemish side usually treats the Walloons in the same way.

It turned out he was a 25-year-old Turkish Kurd called Zoran, and he was spending his Sunday joy-riding around his new homeland. He worked in Ghent on the other side of the country, in an electronics repair shop, and had brothers in Mannheim and Dortmund. He had arrived as a refugee, and had been in Europe for five years. The only language we could communicate in was Dutch, which he spoke even worse than me. But he had enough to convey some details of his journey to Belgium, aided by a mobile phone translator. 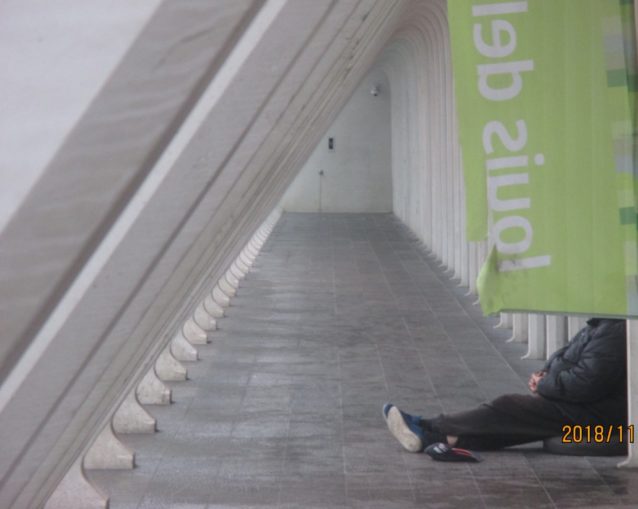 From Turkey he had walked over the land border into Bulgaria, from where he had flown to Serbia (vliegtuig, vliegtuig, he repeated, arms outspread to mimic wings — this was the level of discourse). There, he had taken a bus to Croatia and then another bus to the Czech Republic. He had walked over the border into Germany and gone on to Belgium to apply for asylum — presumably it was the easier option, given that Belgium is regarded as the easiest place to get an EU passport and has a higher rate of immigration than Canada and Australia.

The journey had taken 20 days, and cost 7,000 euros, of which the airfare accounted for 200 euros. The rest, 6,800 euros, had gone to the “the network.” I wasn’t clear on whether this included food, drink and bus fares. I guessed he must have been part of a small group. He did not go into detail about “the network.” Presumably, it also fixed the ID paperwork he would have needed for parts of this itinerary.

“Without the network, not possible for people from Turkey to come into the European Union,” he said. He added, with a wistful smile: “Footballers, OK. People like me, not OK.” It wasn’t just people, he said; weapons were being trafficked from Turkey too. 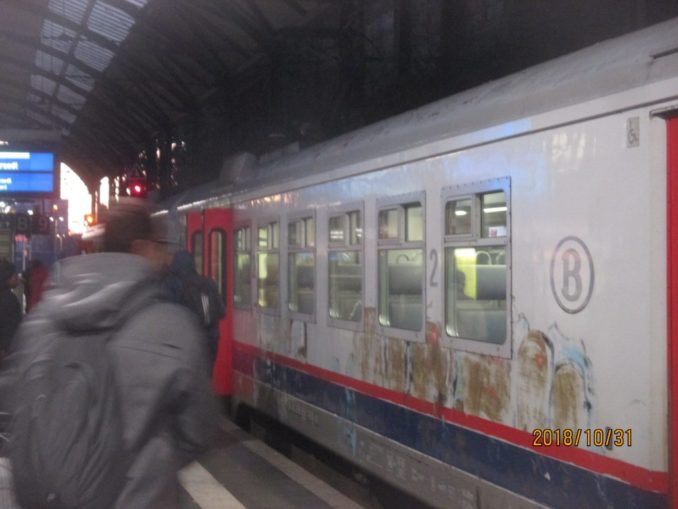 “What were you fleeing from?”

Nothing in particular seemed to be the answer, just the general unpleasantness Kurds face in Turkey.

Initially, I been a little sceptical of his story, because he spoke so little Dutch despite living in Ghent for some years. He must have sensed that, because he said spontaneously, “The problem is, I have no chance to speak with people outside work” — he had a back-room job and was not dealing with customers. He had attended Dutch language classes for about a year, he said, two sessions a week. But what with his work and other commitments, he had been too tired to keep it up. It was hard meeting people. I had the feeling I might be the first European that he had talked to socially for some time.

He talked about the Kurdish problem and the sadness of not having a homeland as best he could, but it was too hard and we reverted to basics. He had a 70-year-old mother back in Turkey, to whom he sent a few hundred euros every few months — “that’s thousands of Turkish lira, thousands.” He showed me his residence permit. He did not yet have a Belgian passport, though, which meant he could not join his brothers working in Germany, except as a tourist. But he had a girlfriend now in Belgium, so it wasn’t too bad. … At Hasselt, Zoran got off for his Ghent connection and the ride home. Checking later, I found this route did not make much sense.

Mokpo, 2016 Forming a dramatic and beautiful backdrop to the depressed centre of Mokpo was Mount Yudal. It is smaller than the Wrekin, but its cliffs and crags made it seem much higher. After a [more…]

Fellow Postaliers, imagine that you fire up your computer in the morning, open the Daily Express website to check the headlines and find yourself looking at your own swooningly handsome visage, in a row of [more…]

How could any true traveller ignore the lure of a name like Thorne Waste? It could be the title of a Brontë novel, or the kind of place the Hound of the Baskervilles was locked [more…]