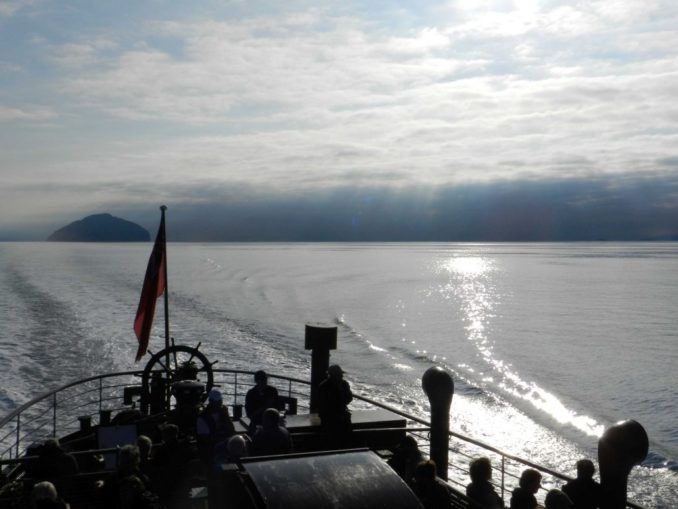 Most people will be familiar with Ailsa Craig as the big rock on the horizon during the ferry journey between Loch Ryan in Galloway and Ulster.  It stands as a sentinel at the seaward end of the Firth of Clyde and was for most of history a fortress and refuge of the Kennedy Clan.  It was only sold by Archibald Kennedy, the 8th Marquess of Ailsa, in 2013.  In prehistory it was important as an outpost of Dalriada, the nascent Scottish Kingdom, overlooking what was then the Brythonic or Welsh Kingdom of Strathclyde. 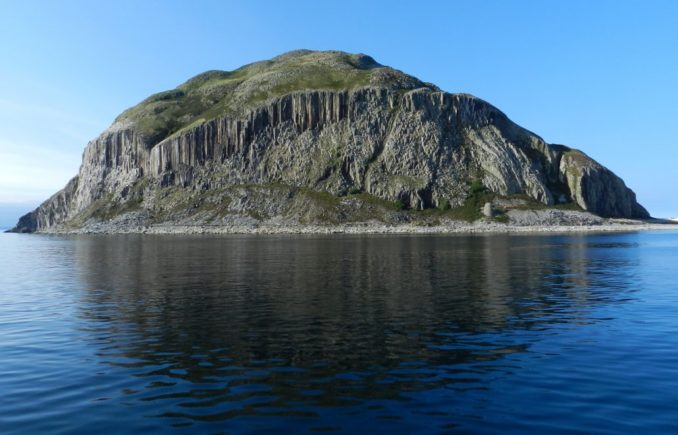 Like most rocks around the British Isles it is a seabird colony of international importance and well worth a visit.  It has recently been recolonised by Puffins after an absence of over a century.  Access is limited and landings are very rare.  Until last year one of the best ways to reach the island was onboard the Paddle Steamer Waverley and hopefully it will be again in the future.  The full journey ‘Doon tha Watta’ from Glasgow is a very long day and involves 2 nights in a central Glasgow hotel and parking charges, for those who do not live there.  Living in the North of England I opted to join the cruise at Ayr, taking the A713 out and A76 home. 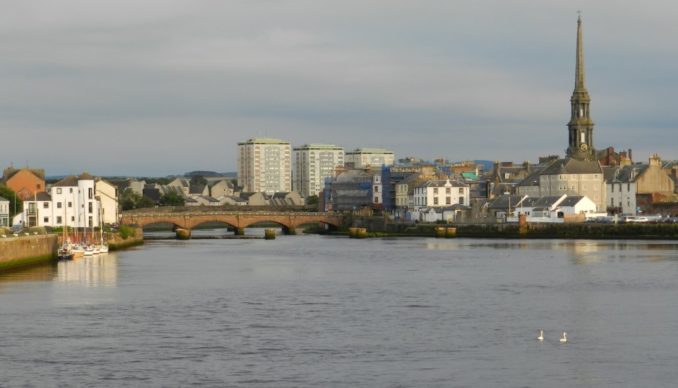 From Ayr, PS Waverley sails up the coast to Girvan past Culzean Castle and Turnberry before setting course due West for Ailsa Craig.  There follows a sedate circuit of the island, close in beneath the cliffs, before the return journey.  On this trip I was surprised to see quarrying activity, the rock here supplying the World with curling stones.  The Quarrymen were taking advantage of the unusually calm sea conditions.

As you might expect there is a lighthouse on the island, but it is in an unusual position on the eastern shore, invisible to ships rounding the Mull of Kintyre.  There was a narrow gauge railway connecting the lighthouse to foghorns at the north and south ends of the rock.  It is easy to mistake the remains of the old fortress high up above the lighthouse for part of the same machinery. 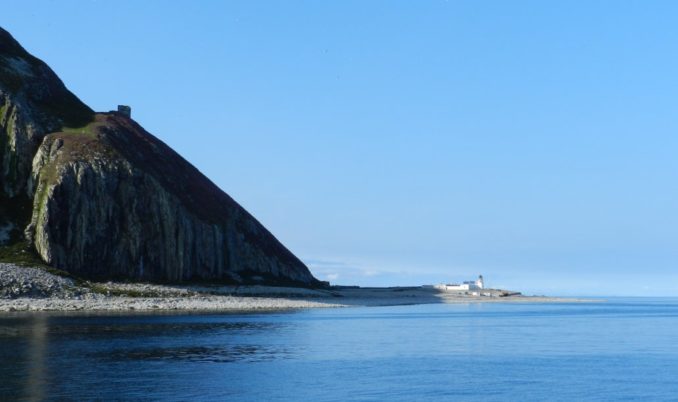 Rather than engage in lengthy descriptions here I recommend you read the following British Geological Survey publication for details of the geology :

This is the best description of the wildlife I have been able to find:

This provides the best starting point to the history, there are links to both Ailsa Craig and Culzean Castle on this page:

If travelling from further afield and wanting to explore the wider area, the National Trust for Scotland properties at Culzean Castle come highly recommended as a place to stay:

There was a game that we used to play in the office called, ‘Would / Wouldn’t’. Every adult female would be attached either of the monikers. We even had cards made that we could hold up as [more…]

Riding the Stambanan to the Malmbanan In part one of our Postcard from Narvik your humble author, his wife, children and a niece struck out for the Artic to celebrate his late October fiftieth birthday. Having [more…]

Postcard from the Keukenhof

The best time to visit the Keukenhof flower gardens is usually in late April/early May. So, this little essay will be published too late in the current season for it to inspire you to arrange [more…]