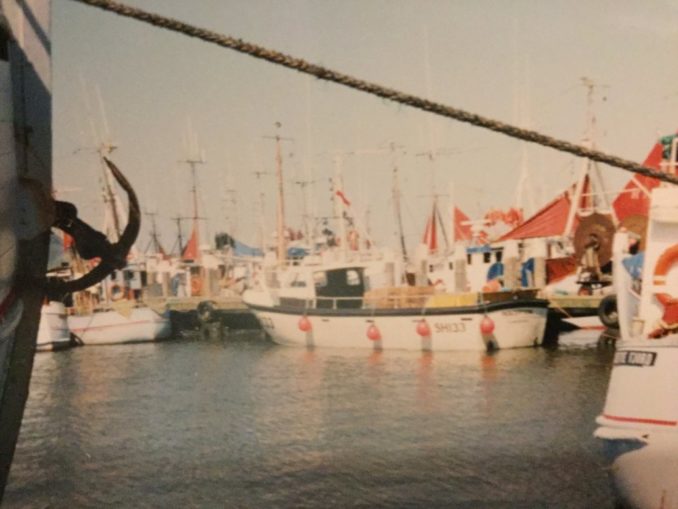 Want to go fishing? OK be down at the harbour for 1.30 a.m. we’ll have got the 1 am forecast, fuelled up, did that before we tied up yesterday, wife organised two tons of ice last night and made sure the boat was clean, clean pots etc in the galley while I was having a few hours kip.

Yeh it’s a bit fresh, bit South West billy, probably be a bit bouncy but hopefully it’ll flatten out a bit. Crank up, 800 hp thunders out, complaints from the newcomers who’ve bought a holiday home by the harbour and think they now own the place, “tek no notice”. Through the harbour mouth, radar working, gps all working, radios working, big set ok, head NE and it’s not so bad. Couple of miles off and it’s bobbly, a lot bobbly, slacken off a bit as we’re heading into it but all part of the game.

Fresh now and we’re fully exposed to the weather, Flashing light to port in the long distance, Whitby Highlight, at least we know where we are plus it’s clear, no fog, you’ve never seen the display the stars in the heavens put on until you see them from the deck set against the blackest night, no other light.

The missus keeps a log religiously every day, whether we’ve been out or not, the weather, state of the tide, where we fished, the catch. Decided our first mark today will be 70 miles from port, 6.30 am now and make sure we haven’t missed the second morning forecast, time for a roll up, Drum baccy or Van Nellie.

Forecast gives it dropping away and the dawn is streaking the horizon. No matter how big a boat you’re in you feel very small when you’re off the side surrounded by featureless ocean. No wonder at all that my fishing forebears were all called Mathew, Peter, etc., I’m Simon, the names of the boats make more sense when you’re out there, Shining Star, Abundance, Radiant Dawn, Abide with me, Plentiful, anyway, let’s be on. On deck, gear ready while I concentrate finding this mark, it’s 3D chess in a way, balancing the direction of the wind, the direction and strength of the tide and how when I drop her out of gear the boat’s going to move across the mark. 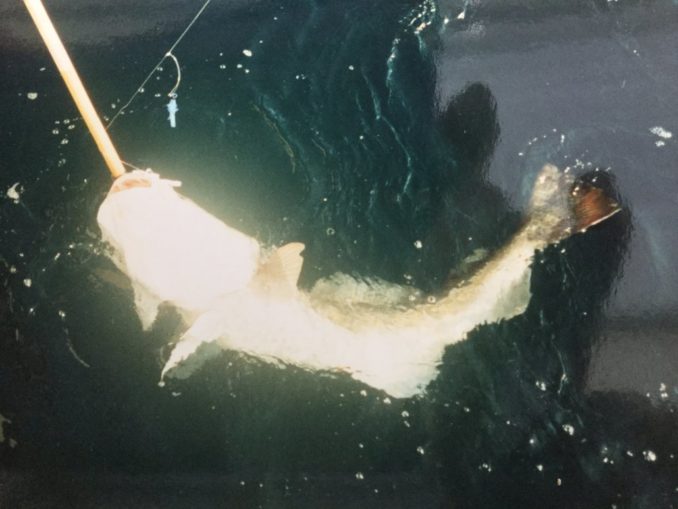 Right, drop and bingo, we’re in, don’t fanny about, keep the lines tight and steady, not rarving at it, 7ft gaffs and we’ve several 1st cod aboard for the first box, round and back over. So it continues, drop, strike, come fast, break off, new gear on. Thanks to the wife for all the gear she made with hooks and traces while we were off for Winter bad weather, all in separate packets for quick access while fishing.

Right lads, the last two drops were blank, off to the next mark, get those on deck gutted and iced while we move. Sun’s up and it’s turned into a Bonny day. Haven’t time for the kettle, tea, we’ll be there by the time you’ve cleaned up.

Afternoon now, we must have about 20 kit (1 kit = 10 stone). Never comment on the actual amount, everyone’s superstitious. Yes, superstition is basically an attempt to impose order, impose sense on that which cannot be ordered. Don’t whistle, you’ll whistle up a wind, no alcohol allowed on my boat, sea and drink do not mix. My great grandfather would turn round and go home if he came across a nun or a priest while on his way to the harbour, bad karma as far as he was concerned. Lots of superstitions used to be observed by the women, e.g. don’t wash his clothes the day he goes on a long trip, you’ll wash him away. There’s a local bloke who cannot get a berth on any local boat, his nickname’s Jonah, seems weird but in the past whenever he’s been on a boat something untoward has always happened to the boat, the crew, the trip. 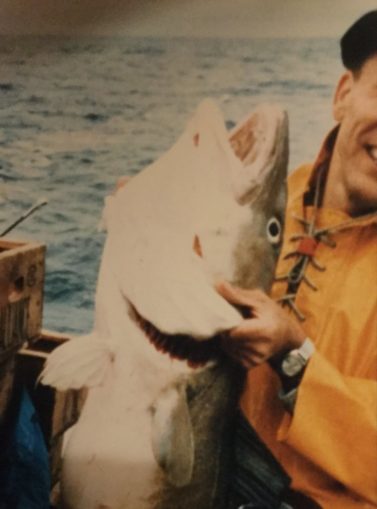 We’re on another mark now and fish are coming on board but I don’t like the look of that sky. “Right lads, get that gear away, we”re off, don’t argue, get sorted and don’t stack those boxes high.”

Kettle on, mugs of tea, grub up if you can, I’m on the wheel set for home, I can see the lads quiet and looking at each other, wondering why we’ve wrapped in. Forty minutes later and there’s a sea appeared from nowhere really, gusts of wind, another hour and it’s not good, got to throttle back to try and minimise the banging and crashing.

Dark now, a big sea running and I’m dodging to avoid running side on but still heading back. Takes all my time to control things, good job I’ve rolled a couple of spare smokes. Less than twenty miles to go and in the far distance a twinkle of shore lights, what happened there, lights went out, power cut? Stupid sod, we’re down between big waves and the lights are blotted out.

Keep going and here we go, we have to taker her broadside on to get across the sea that’s running to turn into the harbour mouth. This is the signal for all crew on all boats however secretly concerned they may ever have been to go out on deck, tea mug in hand, totally chilled, got to keep the image up. 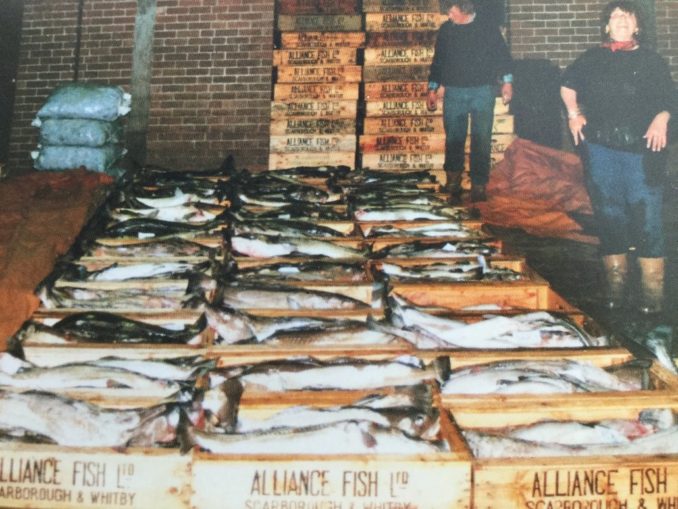 We’ve all this cod, mostly ungutted as it was too roley poley to do it on deck, more work but, hey up, son’s on the quayside, he’s a filleter, must have tuned in via esp, seen the weather and checking where we were. He jumps on board, the lads are happy to see him, gutted washed, winched up, weighed off, wife’s appeared to do that and ice them and now our shot is on the market. She’s put our tally tickets on the boxes, we’ve made a reputation for prime fish so hopefully prices will be good in a few hours.

It’s all worth it when you see your shot on the market and it looks good. Worst weather best fish.

Boat washed down, fuelled up, berthed up, ropes ashore, the missus will take you lads home in the pick up. Hope you enjoyed yourselves, I’m off for a bit of kip, going again tomorrow.

A few photos including when we sailed to Denmark and fished there, raised a few Danish eyebrows.

Monday Morning everyone, I’m sure you will be happy for me enjoying a weekend of peace and quiet without the humans. The Dreamies Girl was in this morning and has left the radio on low [more…]

A Hard Bunch Of Old Folkers

This a true story, and for once I can be unusually precise as to the date: towards the end of July in 1983. I was living in North Yorkshire at the time, and me and [more…]

May 2017 Taormina was the venue for the G7 attended by the various world leaders and as I watched I remembered my holiday there. It was 1980 and we booked a fortnight knowing nothing of [more…]