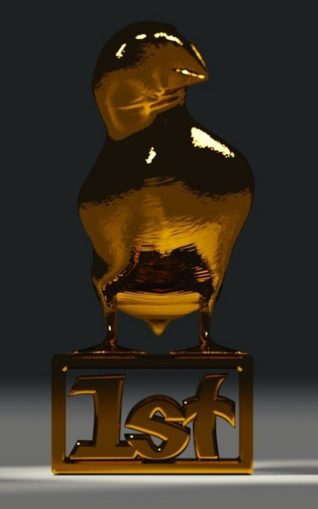 Only 8094 votes were cast for Wankpuffin of the Year 2019; a sad reflection on the current state of Russian bot programming which produced 19,000 last year. Would have been 8095 but I forgot until 12.09am on Jan 1st. Tony Blair, till the day I see your coffin descend into hell, think yourself lucky.

I thought I’d been given the sack. No such luck.
Having read the list I am overcome with depression and lethargy

Before we invite the medal winners to the gallows, honourable motions must be passed:

4th place: Dianne Abbott. (up from 9th)
Britain’s most racist woman aptly takes over from David Lammy in the position that no state sponsored competitor wants to finish. (Bye bye lotto funding).
Desperately unlucky that her son’s violent and criminal behaviour didn’t come to light until New Years Eve, robbing her of a place on the podium

5th  Lady Hale. (New Entry)
She takes the spot from last year’s Olly Robbins – again a straight swap of establishment placement traitors, and proving what a vasty depth of slime-swamp is necessary to plunge through in order to be a front runner in this poll.

6th Ash Sarkar. (up from 103rd)
A meteoric rise for a girl with breeding and tickboxes: brown, female, roper, communist, slapper, and her great hate aunt was committing treason against the British Raj before she was born; no wonder the SCBBC have her on speed-dial. Ruskin college might not be proper Banebridge, but they sure excrete more than their fair share of unflushable floaters.

7th David Lammy. (down from 4th)
What’s up, Dave? You’re a big man, but you’re in bad shape. With WPOTY it’s a full time job. Now behave yourself. On yer bike, you thick-necked lardy gutbucket.

8th EU Supergirl (NHRN) (Down from 7th)
What can one say about a girl who has had her past expunged from the internet? Thick as a Lammyburger, but there’re several GPers willing to sit her on an arthritic knee and give her a bit of grandfatherly attention. On second thoughts she’s probably safer running errands for the sweating mound of narcisism that is Femi Sorry, who I believe styles her hair. Such a nice boy.

9th Emily Maitless (New Entry)
I am fortunate in not having seen her all year; besides I can barely distinguish one Newsnight bird from another. Isn’t she the one who needs armed protection at Labour conferences?
Ha! I needed to google her and it turns out she’s (((Canadian))), which would explain the Momentum hate. Not my type* I must say. Raptorish. Other POVs welcome in the comments.

I never thought I had a “type” – perhaps lithe matey toboyish types, but it turns out my type is an almost Hurleyesque flamboyantly-dressed mid 50’s woman who zooms around in a flashy new open-topped Porsche sportscar – ie not my type at all. This not a description of my nurse, Sarah, btw; who has many far more worthy qualities. And a bicycle.

10th John Bercow (NHRN) (up from 35th)
How come he’s so low? How come so low last year? Buck up, people.
You don’t need me to precis this radge. The man is a physical precis OF a man.

Sally, Sally, pride of our alley
Don’t ever wander away from the alley and me
When skies are blue you’re beguiling
When they’re grey you’re still smiling,
You’re more than the whole world to me.
The skies were blue when he met you,
You were his gal  His little pal, so true
You came along; Made life a song,
If he lost you he wonders what he’d do.

Since no-one voted for Tommy this year, there is no Journalism award. None of the rest are journalists.

Last year’s wanker, The Right Honourable, The Lord Adonis, PC, fell under the WPOTY curse and collapsed into well-deserved obscurity in 63rd place.

Jen the Blue’s Memorial Wankpuffin’s Wankpuffin of the Year Award:

Swiss Bob, for banning the JtB Memorial Wankpuffin’s Wankpuffin of the Year Award just to save himself the cost of a mug.

What a shame.
So many of you deserve the curse of certain death that this award brings.

And so, Ladies, Gentlemen and #Faggots, to the main awards of the evening:

Up from last year’s 6th place, Femi Oluwole was the perfect placement for the purebred white euronationalists of the Remoan campaign. The tiny chunk of pineapple on their vast hunk of north London gammon. A nice boy of course: privately educated at Yarm School (founded 1590); that fact disappearing off Wiki along with the background of his little fangirl, Madeleina Kay, though it has just reappeared now he is of no further use. Then Eurasmus programme, natch, to France, and of course the compulsory brief internship at a “human rights” NGO before being packaged up and delivered to our TV screens.

He is already on the 9-Party-Winston-Mackenzie path to the far hard extreme right having switched allegence from Labour to the Limp Dicks via an offer to stand as combined IG/ChangeUK/Tinge/Green/Limpdick candidate in the Peterbrough by-election. It is said that Mad Alky Campell took him aside and breathed discount supermarket whisky fumed tales of bad little boys who cross Labour and get lost in the woods with a paracetamol and a blunt butterknife.

For the first time in his vain, short but puffed up life, he acted wisely and withdrew, fucking over the Blairite Remoaner alliance and handing the seat to Jez Garble’s Nazi Sturmabteilung, proving himself just another posh boy Chucka: All bling and no big thing. Hammy Lammy would eat him alive.

2nd Place (silver medal and Wankpuffiness of the year)

In the book, for some reason, was the following extract:

“At the time I was dating a girl who [sic] I thought I was very much in love with, but the sex life was lacklustre, to say the least. That was until one day upon returning from a Labour Conference, I found my girlfriend in a passionate tryst with another man in our bed. What followed was a lot of apologising on her part. I couldn’t even speak. I felt betrayed. But you know what? I liked it.

It was at this point I uttered three simple words. “Keep on going.”

I’ll spare you the more intimate details, but I will say this, the next 15 minutes changed my life. The way they made love, the raw passion, the desire. How can a man satisfy a woman like that? He was just so….. powerful.

This was when I realised that I could never compete with that. Never in a million years. And why would I want to? It was his body that piqued my interest.

After they finished, I thanked them both.”

We never heard another word from Owen for years until in December 2018 he called a score or so of us postaliers “far-right racists and fascists” for attending a rally in London asking for the democratic result of the referendum to be observed.

Then he blocked me on Twitter. Five [2019 edit] times.
Triangle-roll …

Going Postal’s Wankpuffin of the Year 2019:

I considered writing this in the Ian’s “style”, but we have enough trouble trying to suck #FaggotryFriday through the fibre optic via disqus without adding another Terabyte of text. Besides, I’d have to read something by the fucker. I tried his wiki entry but fell into a toxic-metabolic encephalopathy and persistent vegetative state coma before I’d got as far as his date of birth.

No-one alive has heard a full speech. The House evacuates when he articulates. There’s not a man or beast who wouldn’t choose to be inexpertly chugged off into a plastic cup by Wee Jimmy Krankie looking to conceive the next generation of Scotch Royalty rather than spend 20 secs green-faced on a green bench with him. No woman who wouldn’t prefer a 1-2-1 meeting in a dark ally with the legacy boredom jocknology of King Alec Salmon, even knowing full well she’d have to fight off a full-on sexual assault from the rotund midget Bravebollocks. Oxbridge boffins have calculated there exist an infinite number of more or less sentient beings in multidimensional time-space who have deliberately chosen simply not to exist in this universe on the off chance they might catch a glimpse of this oaf while flicking through the channels on Astra satellite 2B.

You’d get more pertinent information trawled from the lifelong learning of burly spud-faced nipper Mhairi Black than from the entire south American rainforest of Hansard papers quoting this vacuous chippy apathy-monger whose verbal diarrhoea stinks worse than what flows from a victim of an all-you-can-eat trencherman’s banquet of traditional Scotch foods.

The Scots are cunning: the hated sassanachs get so sick of him we unilaterally leave the UK ourselves leaving them the Kings of the Celts. Or we strangle him and throw his corpse into the stinking Thames. Suits them either way.

Why vote for “other when you can nominate, you thick IT illiterate brexiteer gammons? Ed. That might be my fault 😉

PS Why did no-one vote for Smug Fiona to give me an excuse to post this picture?

Ed. We can’t afford the picture of Fiona in her stockings but I hope this video will compensate.

Wankpuffin – Science is a Cruel Mistress