This is under a Nom de Plume or rather a Nom de Pixel, but many of you will know me by my usual commenting persona.
The reason being, well why not? And you never know.
We all have peculiar lives in one way or another and, although I don’t believe that mine is particularly interesting other than to me, I’ve written this post, as I have said I would, and hope it’s not too verbose.
I’m a crap writer so you may not read this. And I, obviously, will not read your comments.

As I stood there next to my friend Karen, a lovely though ditzy Irish girl on one side, and an impossibly gorgeous Serbian woman on the other, it wasn’t a surprise who walked through the door. I knew who was coming. The surprise was the attire.

The small chap with the neat beard and pinstripe suit opened the door and in walked The President, Colonel Muammer al-Gaddafi, ( other spellings are available), wearing a shiny purple shell suit and flip-flops.
The small Penfold lookalike introduced me to him and, not bothering with all the bowing bollocks but giving my best ‘ Salam Alaikum’, I shook his hand.
He had a good firm handshake. I shake hands with people all day long and Christ, how I hate those weak, limp, slightly sweaty handshakes.
I’m of an age where I think I can tell a lot about someone by their handshake and their shoes. Usually it works well but in this case it was a toss up. Firm handshake but flip-flops; was he a good egg, or a mass murderer, international pariah, supporter of terrorism and torturer of political opponents? I had my suspicions.
But I’m getting a bit ahead of myself so a bit of background is needed to explain how I ended up in the Bab al-Azizia barracks in Tripoli, in a place where the American Military had pretty much failed to drop any meaningful bombs in 1986.

I graduated in Whitechapel in the early 80’s, and it was already changing rapidly in the time I had been there. Yes, there were great curry houses especially down Brick Lane but there was more orange betel nut being gobbed on the pavements and the Rumbelows I had rented my TV from had morphed into a Sari shop. Some of the pubs were closing down but the building of the East London mosque was in full swing.
Thus my slow motion white flight began.
Whitechapel to Stepney, ( I bought a flat there for £19500, gave it away to an ex and kicked myself when I looked up the prices in the block the other day and saw they are in the £400000 mark), Stepney to Poplar, ( 25th floor of Balfron Tower was interesting), and then Poplar to Essex where I stayed for 4 yrs rubbing shoulders with Mondeo man until I thought ’Fuck this for a game of soldiers’, stuck my white flight into full reverse and bought a one way ticket to Bombay.

The UK a racist country? We’re not even in the first division.
Indian museums, 10 Rupees entry or 20 Rupees if you are white. Restaurants, locals 20 Rupees or 30 Rupees for the same meal if you are white. Not everywhere of course, but enough places to matter. It’s not hidden either, not a surreptitious bill add on, it’s proudly announced on the price board.
British class system? Try the Caste system for keeping the buggers down.
Child poverty in the UK. How we laughed as deformed children were deposited in the road as a begging aid.

Anyway, I buggered about in South East Asia for a year or so, one of the ‘highlights’ being shot at on the Mekong River up in the Golden Triangle, and came back to the UK via Eastern Europe just as it was all starting to kick off. I never truly believed the stories of people queueing for pickled vegetables but it was true, and I’d never heard stories of how good Romanian beer is and how much black market dollars would buy. We need more socialism.

I went to work in the East Midlands. I rented a flat above ‘The Big Man Shop’, and although I had my own front door, there are only so many times you can answer the door bell at 8 at night to be confronted by a lanky 6’ 8” chap, or a 30 stone behemoth wanting to buy some extraordinarily large trousers before you’ve had enough. I’d had enough. 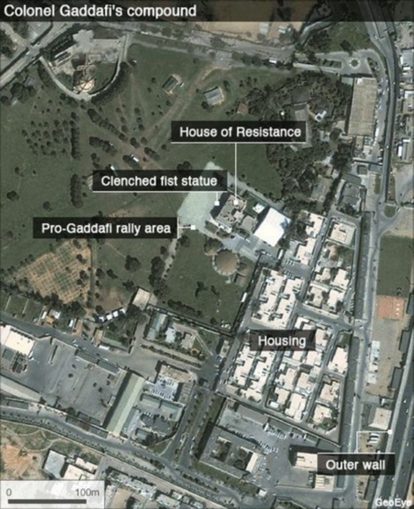 I looked for another job, and 2 stood out. One was popping down to the Antarctic aboard a British Antarctic Survey ship and the other was going to the Falklands to work. The Antarctic job wasn’t immediate, and I thought flying round the Falklands and visiting ships for a couple of years before going to Chile and up South America sounded like fun. So I applied.
There were around 250 applicants and I was one of 3 they interviewed. In my youthful optimism and arrogance, I assumed the job was mine so handed in my notice.
They gave ‘my’ job to someone else, and so I needed a plan.
The advert I replied to was for someone to go and work in SPLAJ. The Socialist People’s Libyan Arab Jamahiriya. In Tripoli.

This time I got the job. To go and work there I needed a comprehensive medical check, one thing being an AIDS, (as it was called then), test. It’s a bit easier I think if they are coming in the opposite direction. Anyway, I didn’t want this on my medical notes so a GP friend and master forger supplied me with all I needed.
I cut out all the Marks and Spencer labels from my clothes, just in case, packed an Arabic Linguaphone course, bought a load of wine gums and I was off.
At Tripoli airport they unpacked all my luggage, which I had half expected them to do, but what I had not expected them to do was open every single packet of my wine gums and help themselves to a few from each packet. Fuckers.

I was picked up and taken to my compound where there were many expats who had laid on a reception party to welcome me and suss me out. We got horribly pissed.
I spent the next couple of weeks working, finding my feet and pretty much getting trollied most nights.
Then one day I was called into the Director’s office. In the office standing in the corner was an unshaven, thick set bloke with an ill-fitting suit under which I could see a shoulder holster.
Karen appeared and we were told, not asked, to go with the chap with the gun. So off we went.
Looking back now it seems bizarre that we just went off. Imagine that today, but back then it was a different Libya.

We got in a battered up old Peugeot and set off across the City, cutting along a road that people who had driven me around avoided.
Arriving at the barracks we were waved through a checkpoint, past some tanks facing out to the main entrance, machine gun posts manned with lots of soldiers and along to a large building.
We pulled up and Penfold took us into the building and to the room where we waited.

And that is how I came to be Colonel Gaddafi’s dentist.

Part 2 maybe: The Libyan / Muslim mindset, and things get interesting.

And so to June, the first anniversary of the Desert War and it was a hot month in more ways than one in Libya and Egypt. There is also a small report on East Africa [more…]

More of the same is the best description of November. The Italians got their butts kicked both in and finally out of Greece resulting in the Duce eventually having to grovel to the Führer and [more…]

January had finished with the Allies on the back foot in Libya, the Axis was advancing. It was all going pear shaped again. Although Tobruk had been relieved, the Axis armour hadn’t been destroyed, merely [more…]