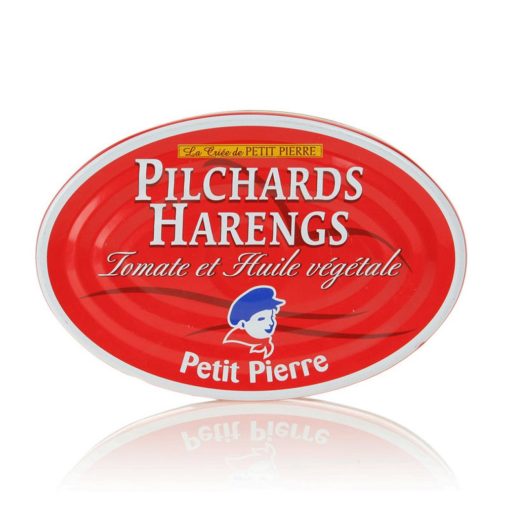 You will recall that we three intrepid cyclists, Cough, Pat and my good self, had landed in Blangy sur Bresle, a small village on the border of Picardy and Normany on the second night of our crusade to find the fine young  – and naked (we  were lead to believe) – French ladies of La Rochelle. Our initial target of St.Tropez had been quickly re-aligned on the first day by the physical experience of actually cycling on a single tandem and one highly unsuitable racing bike. So it was that we rolled in to Blangy late in the afternoon and sought out the youth hostel. For some peculiar reason and because Sod’s Law prevails in these situations the one day that the hostel was closed was Monday. And this was a Monday. With little enthusiasm we headed for the local camp site and set up the remaining one man tent which was going to house all three of us that night.

Undaunted by the prospect of having to sleep nose to nipple we headed off to a local bar for comestibles. Now, Blangy was then a small village of less than 3000 inhabitants – it has barely increased in size in the last 50+ years – and we got the “this is a bar for local people” look from the drinkers when we trooped in. Nevertheless we managed to get some food organised and embarked on our first bottle of wine. Our knowledge of wine at that time could have been written on the back of a postage stamp so we left it to Cough who had indulged in a surreptitious slurp of his mum’s wine bottle which he had found in the larder. He thus had the knowledge and the foresight to note the name of the wine, designated the “expert”, and so we ended up with a bottle of Muscadet on the table in front of us. It was joined by a second and third as the evening progressed. Oh, mais oui, mes amis, we were now fully fledged Francophiles and, zoot alors!, who should now stroll into the bar but three young ladies. Quelle surprise! Employing our very best O’ level French, Cough and I attempted to engage the pretty things in conversation. Pat, who was already three sheets in the wind and had zero French conversation just sat back, grinning inanely, and for some never explained reason resorted to singing the British national anthem. Of course we were not to know then that the region around Blangy had been well and truly battered by British bombardment prior to the Landings and any sympathies towards the British were, shall we say, a little thin on the ground unlike the bombs that had demolished more than a few houses locally.

Someone in the bar must have got word back to the father of the girls and we were warned in no uncertain terms to hop it. “He haz a gun” said one fellow, pointing his fingers in a shooting display. Grabbing Pat by the collar Cough and I legged it out of the bar and headed back to the camp site tout de suite. Hunkered down in the tent we discussed if we should pack up and leave now – at 10 at night – or hang out for the morning. As Pat was already snoring we decided we would stay and hope the father would not find us. As we hadn’t got any further than chatting to the girls I’m not sure what the problem was but we surmised that civilised discourse with an enraged Froggie brandishing a gun wasn’t going to be easy. Or without some quite unnecessary and unpleasant bloodshed. At that moment the flaps of our tent were flung open. It was the girls – and their mum. Somewhere in the far distance there was a bloke shouting. FFS. This was turning into a shitshow of massive proportions and we had only been in the country less than 36 hours.

What we managed to garner from the ladies was that we should just lay low and then disappear early in the morning before the father, who was well sauced, surfaced from his pit.  On their departure Cough and I looked at each other over the slumbering Pat, shrugged and dossed down for the night. By 6 a.m. we were up, packed and climbed aboard our trusty metal steeds heading out of town. By chance we passed the Blangy Youth Hostel and who should be hanging out the upstairs window? None other than one of the girls from last night, happily smiling and waving us a farewell. She was the daughter of the Youth Hostel caretaker we learnt later and little did we know then but our paths were to cross once again on our journey.

Our next target was Rouen. Checking Googlemap today I see it can be done in 49 minutes by car on the A28 motorway from Blangy or if one was walking in just over 15 hours. Our road was, of course, pre-motorway and entailed passing through many small towns and villages on the way.  France may be the home of Le Tour but we quickly realised that very few of the locals had ever seen a tandem bike. We were regularly assailed by shouts of “Regardez! Le tandem! Le tandem!” as we pedalled through hamlets little changed from the time of Les Misérables.

It was at one of these small villages that we stopped for lunch, picking up a baguette, a lump of cheese – and a tin of pilchards. Why pilchards you ask? Don’t ask me. Perhaps because it was always a staple of the various tins that were to be found in the larders back home that when we saw it on the grocer’s shelves we automatically chose something that we knew would be safe to eat.  Cheese was a bit of a gamble as it rarely took on the appearance of the slabs of Cheddar that we had back in England and although Camembert was a bit of a shock at first we soon got a taste for it. Pilchards was ultra safe though. No problems there. So, on a warm sunny afternoon we parked up on a grassy spot well away from any passing traffic and set to on the food.

I guess a couple of hours had passed and we were closing in on Rouen before the first of us threw up, followed quickly by the other two. Blarting pilchards, cheese and god knows what else up and down the final mile into Rouen we staggered into the Youth Hostel, signed in and fell into our beds where we were to stay for two days recuperating from food poisoning.

When we finally got back on the road our target of St.Rochelle and the awaiting naked sirens seemed further off than ever before.  Another revision of our itinerary was necessary. We were now into Day 5 of our 14 day outward journey and we had covered just 135 miles – a measly 27 miles a day. La Rochelle was another 350 miles distance and we were either going to have to up our game or choose another destination which was a shame as the day we left Rouen to cycle to Caen some 80 miles distance in one hit we really thought we could make it. But it was not to be. Two further events put a spoke in the wheel of our plans. Almost literally.

As you will read in Part 3.

(Oh, before I forget. I have never touched another pilchard from that day in 1965 to this. 54 years. And I can still taste the bastards).

Col d’Aspin Last time on Nostalgia Album the heroic Ford 8, with a hiccup or two, commenced an odd zig-zag route across the Pyrenees as part of my father and grandparent’s 1952 return journey from [more…]

Of all tyrannies, a tyranny sincerely exercised for the good of its victims may be the most oppressive. It would be better to live under robber barons than under omnipotent moral busybodies. C.S. Lewis Greetings [more…]

A Life in Three Honks, Honk the First