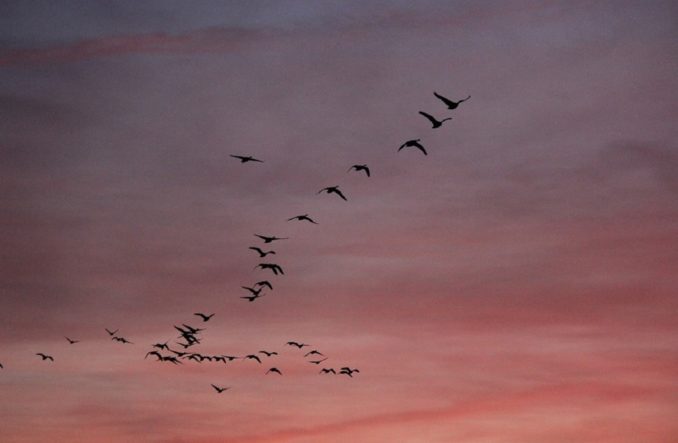 Having made my debut on this marvellous site with an article about my passion, I thought I would follow that article up with a slightly more personal account of a memorable day in my life out on the marsh. I had the fortune of winning a sealed bid auction in the summer of last year in aid of a local Wildfowling club, my prize being a dawn flight for two on a day of our choosing, and there is no person in the world I’d rather have experienced it with then my own dear father.

It had been some time since we had been out together, perhaps over a year. In recent times he has opted for quality over quantity, but I figured a first chance at moonlit geese for many a season might fire him up again. He seemed reluctant to accept at first, didn’t want to accept a gift from his son, wanted to pay his share. I wouldn’t take no for an answer, and he finally agreed on the condition that he paid half the winning bid. I never did take his money, I would never have accepted it anyway. We arranged a suitable day in late November, and made our preparations.

I was up early to make a rendezvous with our guide for the day, the chairman of the wildfowling club who had donated our prize. I picked up dad on the way, and it was about another hours drive from there to our meeting point in the carpark at a local hotel. We found the place easily enough and cracked open the thermos while we waited for our host to arrive. Looking back now, I struggle to understand how I missed the signs that something wasn’t quite right with father, but I guess the anticipation of a day out on a part of the coast I’d never visited before had my mind focused elsewhere. We sat mostly in silence and soon enough, the headlights of another car joined ours in illuminating the ivy clad wall of the still slumbering hotel.

Andy was an enormous but friendly looking chap, and his little car visibly rose up a bit as he clambered out and greeted us warmly. After introductions and a quick outline of the day ahead, we drove the short distance down to the car park at the foot of the sea wall, parked up and prepared ourselves for the journey out onto the marsh. It was still a good hour before first light, and a stiff south westerly breeze made the temperature feel a few degrees colder than that indicated on my cars dashboard. It was a clear night and the lack of artificial lights out by this lonely bit of coastline made for a stunning canopy of stars above us. The moon was a bright sliver out over the sea, and the only sound was that of the distant tide. 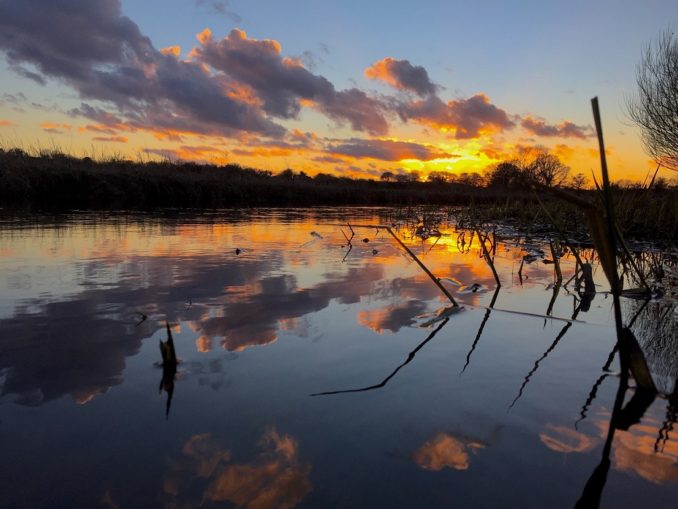 The trip out on foot wasn’t the easiest, and It took nearly half an hour to cover the three or four hundred yards to our chosen spot. We were warned not to stray from the white posts that marked the causeway, with treacherous creeks and gullies on either side ready to claim a misplaced foot. The dogs surged around us, eager to begin the hunt, but we trod carefully. Andy strode on ahead, stopping every minute or so to shine his torch back to light our way. He picked us a deep gutter, running parallel to the shore line to crouch in, and after dumping my gear on the carpet of seagrass above me, I got to work erecting a screen from camo netting to keep our heads hidden. The creek bed looked solid, but in a few minutes, I had sunk up to my knees in the sludge, so we opted to move further along where a small dry ledge afforded us a perch to sit and wait on, we would move back into position when the birds began to come.

In the scant light afforded us by the sky, I could just make out my fathers expressionless face. He was breathing quite heavily, even after five or so minutes of sitting down. He caught my eye and gave me a half smile, indicating with a touch of his gloved hand to his ear that things were stirring out beyond the tideline on the mudflats. He had been staring out into a spot in the darkness, so I switched my attention there, to the slowly growing signs of the thousands of waterfowl around us getting ready to welcome the day. We silently agreed now was the time, and slipped back along the gutter to our ambush point and readied our guns. 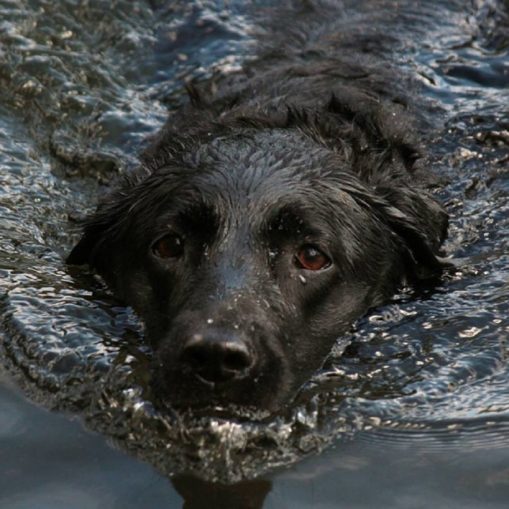 The tidal marshlands are a magical place, and the wall of sound that builds as water birds waken and begin to make their way to their chosen feeding grounds is almost indescribable. The calls of a hundred different species overlapping and reverberating, becoming a cacophony as they take to the skies in great flocks is something very special and I urge you to try and experience it just once if you are able. It never gets old even though I must have heard it a thousand times or more, and this particular day, It seemed so much louder, closer, more raw and perfect  for some reason. We were getting close to dawn now, and the geese were the first to climb into view, far out of reach of our guns.  Patience is the chief virtue for wildfowlers, and a shot before the time is right can ruin the whole flight. Time slows to a crawl as you strain every sense waiting for opportunity to knock.

It may only have been a few minutes, but it seemed like eternity. Chances were starting to come our way and crouched in his gully about 50 yards away, Andy was first in shouldering his gun and taking the opening shots of the day. Dogs duly dispatched, a fine graylag was in the bag. Next it was our turn, a mighty skein of mixed Canadian and Greylag geese, presented the trailing edge of its immense ‘V’ to us, but my shots missed their mark, and dad declined to pull the trigger. In the east, the hint of light on the horizon heralded the arrival of mixed bands of duck, but none seemed to come within shooting distance. Andy bagged another greylag, a late riser hurrying to catch his brothers and sisters, already well inland preparing for breakfast. I could hear fowl all around us, but just tantalisingly out of reach.

The water in the creek was starting to noticeably rise now, and I knew our time was getting short. What was to be our final chance came in the shape of a pair of mallard, cutting low along the main channel and heading up the bay. Dad saw them first and mounted his gun, getting off a single shot and connecting with the leading bird. I took my chance and claimed the remaining one, both dropping a short distance away on the banks of the inlet. They were both worthy kills, and as always, I saluted our prey and gave silent thanks for their bounty. I glanced at father as he sent his dog out to bring back his prize, and for a moment, all the years dropped away and I was back in my childhood, remembering the very first time I accompanied him out on a foray. Freezing fingers and toes, I stood shivering and miserable on the banks of the river Ouse while he and my uncle shot at returning fowl on an evening flight. I will always remember huddling up with our faithful old Labrador for warmth, and watching as squadrons of duck flew in from all angles, while every now and then, a momentary muzzle flash and bang would indicate another chance at a kill. From that moment on, I never wanted to do anything else. 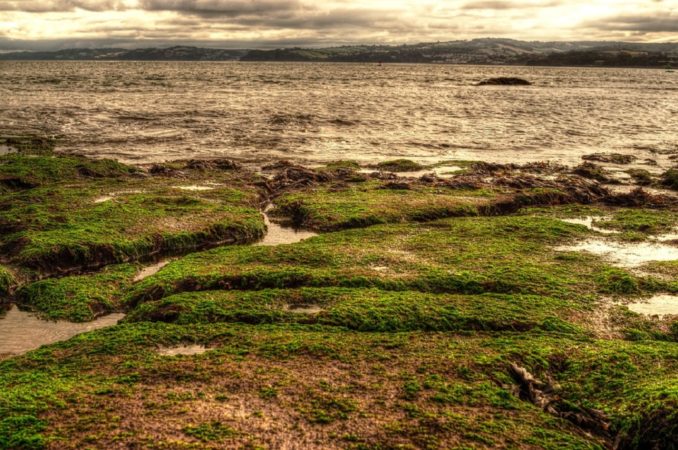 With the daylight upon us, it was time to depart, and the prospect of an easier trip back along the causeway was tempered with the knowledge that there were four heavy birds to carry. We sat for a while and the three of us chatted about the flight while we drained what was left of our flasks. Dad was unusually talkative, reminiscing with Andy about his days of fowling past, even recalling the time he was marooned for nine hours by the advancing tide on a trip to Anglesey, forced to wait out the high water on a rocky outcrop until he could wade back to dry land. We eventually made our way back to the car park at the foot of the sea wall, said our goodbyes and headed for home, with the promise of more days out with Andy if we wanted them.

Shooting as a sport is often about shared experiences, but Wildfowling is very often best enjoyed alone. This one occasion though wouldn’t have been as memorable had I been going solo, for it was the last time this father and son combo would venture out onto the salt marsh together.  Dad is now 73 and not as capable on his feet as he once was. A proud man of very few words, he nonetheless uncharacteristically revealed to me as we drove homeward in the bright sunshine that he couldn’t manage it anymore, had been thinking about giving up for some time, but that now was the right time to hang up his trusty fowling piece and retire from shooting. To say that part of me died right there at that moment is an understatement. My father has been the centre of my shooting world since I very first pulled the trigger, and to no longer have him as part of it nearly made me want to give it up too. But I owe it to him to carry on for as long as I am able.

In hindsight, It was the perfect way to end a nearly 60 year association with fieldsports, while he is still able to enjoy other things. Mum has always been very understanding about the mysterious part of his life filled with guns, hip flasks and various unidentifiable bags of meat in the freezer, but she understood what it meant to him, and what it now means to me (luckily I have an equally understanding wife). He now has more time to spend with her (not to mention money), and I can still send the odd brace of pheasants or goose his way. I should really try and record some more of his exploits while he is still able to recall them, but they will have to be tales for another time. 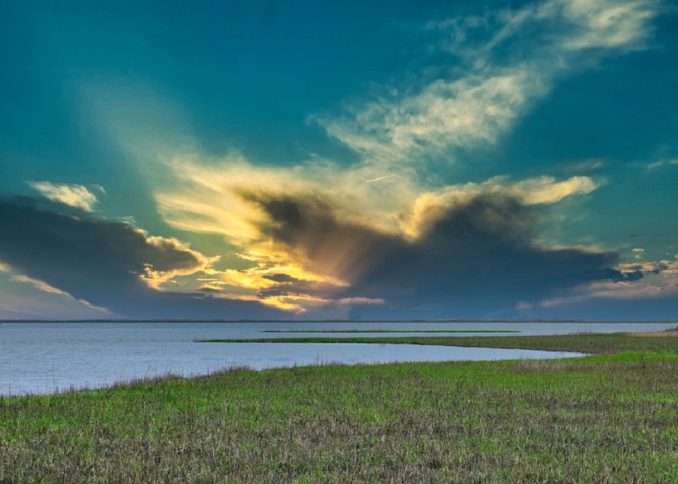 He was born in the maze of kennels and lean-tos in the back garden of an unassuming end terrace on the outskirts of Aldershot. The house was owned and inhabited by a strange and mysterious [more…]

Some of you may have not read any comments by myself regarding swifts during the Summer months, usually noting their arrival, their numbers and when they leave. I’m not quite sure why but for me, [more…]