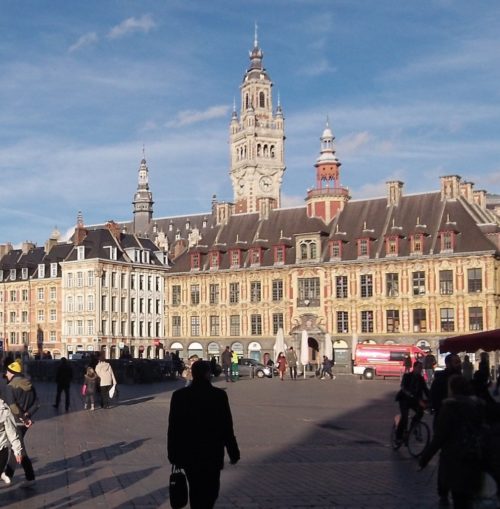 Has there ever been a stranger accession to power in a western democracy recently than that of Emmanuel Macron? In 2014, he rose from nowhere to Minister of the Economy and then in 2017 was elected president, on the back of a movement nobody had heard of, with the almost meaningless name En Marche (on the move). If you believed that a cabal of faceless international bankers secretly rule the world, you would have felt vindicated. Now France actually was ruled by an unknown, elitist international banker, and an arrogant one at that. Macron stood for little beyond a woolly globalism, evident in his support for the EU and in remarks about “building a bridge” between France and Africa and the “obligation” to welcome “all women and men who risk their lives in the country from which they come.” The simple interpretation is that he filled the void, like some expanding gas, left by the decline of established parties (Les Républicains on the right and, especially, the Parti Socialiste). The obvious and only real parallel was the success of Donald Trump a year earlier. But this was in fact starkly different. Trump was a maverick who usurped a party and almost single-handedly overcame the entire American establishment. Macron—his movement was little more than a collection of banners and slogans—WAS the establishment, and he represented its victory over France’s Donald Trump, Marine Le Pen.

How strange too that Macron’s opponent should bear the surname Le Pen. For as long as I have known France, these two syllables have had right-thinking French clutching their pearls. But then again, for as long as I can remember, ordinary French have, almost in the same breath, been moaning, loudly, about immigration. So it is perhaps not surprising that their party, the Front National (now Rassemblement National or National Rally), has ended up the great survivor in France’s traditional political landscape: never in power, but never very far away from it, despite Jean-Marie Le Pen’s dismissal of Nazi atrocities and despite the establishment’s repeated attempts to get his daughter jailed and the party defunded. As elsewhere in western Europe, the establishment, including conservatives, hates and fears the patriotic right much more than it does any far-left party or cult. French banks have refused to deal with arguably the second-most popular political party in France, forcing it to turn to Russian banks for loans. Like many patriotic parties in the western democracies, the National Rally is also shut out of coalition-building. The party has even been banned from remembrance events. Theresa May refused to meet Marine Le Pen. 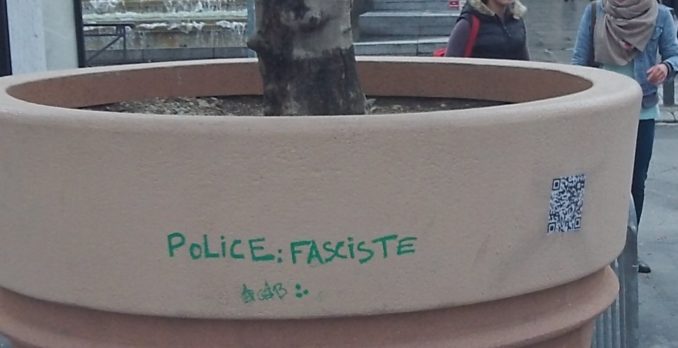 Yet although the left crowed over Macron’s victory in the presidentials, Marine Le Pen, daughter and successor of a man called a neo-Nazi, captured a third of the vote. This is not a small number, and would have been considerably larger without the systematic demonization of her and the Front National, and the fear that many older French had that Le Pen would take France out of the EU and so, somehow, destroy their pensions. Many voted Macron purely to avoid voting for what the media called an “extremist.” Marine Le Pen is, of course, no extremist. In fact, she is a charismatic, principled and persuasive politician and communicator—in short, a credible threat.

A poor debate performance seems to have sealed her fate in 2017. But the underlying problem for any party on the patriotic right in France is that the national sense of identity, to a greater extent than in Britain, derives from the nation’s view of itself as a colour-blind exporter of enlightened, universal values. Le Pen’s support base is white Français de souche (“Frenchmen to the stump”), a more insulting term in polite discourse in France, I think, than its UK equivalent, Little Englander. Proper Frenchmen do not think of themselves as a nation of plucky little people who just get on with it. They think of 1789 and the Napoleonic Code, of liberté, égalité, fraternité, the French mission of educating global society in progressive values. Le Pen’s “on est chez nous” nationalism sits uncomfortably with all this. On est chez nous—simple words that are infuriatingly difficult to render in English; roughly, “we are among our own”—is arguably the rallying cry of the National Rally. But these words are hardly inspirational. Especially to the educated young, who always want to be politically en marche—on the move somewhere. In this sense, Macron’s vague sloganeering was in fact clever.

Given the deep divisions implied by the election result, it is hardly surprising that the last few years have been depressing and turbulent. “France today is a country adrift,” writes Dr. Guy Millière, a professor at the University of Paris who I quote or paraphrase extensively below. Disorder has become part of daily life. Macron has shown only arrogance and contempt for the working classes. His brutal suppression of the Yellow Vest movement, which began as a protest against high fuel taxes and developed into a broader protest at the state of the nation, is neither forgotten or forgiven. No Western leader in modern decades has appeared so willing to blind and maim protesting citizens. To those who lost an eye or a hand to police weaponry, Macron has offered not a word of apology or gesture of conciliation.

Meanwhile, freedom of speech continues to wither in the land that considers itself the father of liberty. In May 2020, the French parliament passed a new law requiring removal of “hateful and illegal” online content within 24 hours on pain of fines rising to over a million euros (later watered down by the Constitutional Council). That was followed in June by another law severely punishing anybody guilty of “hate speech,” legislation so vague that legal scholar Jonathan Turley commented “France has now become one of the biggest international threats to freedom of speech.” It was not as if France lacked existing legislation intended to muzzle Frenchmen unhappy with immigration: The draconian Pleven law of 1972 already criminalized “incitement to hatred through public suggestion or written material.” The effect of this law, writes Éric Zemmour somewhat melodramatically, “was potentially … the programmed dissolution of the French nation. The principle of non-discrimination between French and foreign prohibits any national preference, and prohibits all distinction between interior and exterior …  blends patriotism with racism and forbids a French person from preferring a compatriot to a foreigner.”

As all this legislation implies, the cost of dissent is now very high in France. Marine Le Pen was prosecuted for tweeting public-domain photographs of victims of ISIS murders and was ordered to take psychiatric tests. Scanning the news over the last few years, it is not difficult to find cases such as that of police officer Sébastien Jallamion, suspended from his official duties for two years because of a Facebook page in which he condemned the Islamic state for the beheading of Hervé Gourdel. Coupled with a swingeing fine of €5,000, the penalties left him “without resources.” But that wasn’t enough for the state prosecutor, who had also demanded five months’ jail and a lifetime ban from public service. Oh, and compulsory psychiatric care. Les Républicains candidate Nadine Morano was removed by her party from an election after calling France a “historically white Christian country” on television. A number of right-wing broadcast and print commentators, including Zemmour, have been subject to deplatforming attempts. It would be easy but lazy of me to fill a page or two of individual cases of persecution. Let the appalling treatment of former Riposte Laïque founder Pierre Cassen stand for all them.

Riposte Laïque is a rightwing website with an uninhibited dislike of Islam, two sins sufficient to warrant the attention of the highest and mightiest in France. Then-Minister for the Interior Bernard Cazeneuve launched an investigation into them. This must have been a minor distraction for Cassen, though, compared with what was happening in his personal life. In the last ten years, he has been burgled, losing a computer and phone, had his sporting gun confiscated and his car and home vandalised (windows broken), and one day while driving was hit at 130km by a Bulgarian truck driver who had “fallen asleep” at the wheel. Less easy to dismiss as bad luck was the torching of his car as it stood outside in his street. All the while, he was being dragged through the courts on the usual “hate”-related charges. With what seems incredible bravado, he remarked: “I’m not paranoid; it’s quite possible that I am very unlucky. It is quite possible that all the episodes I’ve mentioned are just random.” He has so far refused to leave the country.

It isn’t just maverick dissidents who are being intimidated, attacked, prosecuted, bankrupted and otherwise silenced. France’s very cultural heritage is also under siege, especially the large part of it connected with Catholicism. Judges are ordering the removal of crosses and other Christian symbols, on grounds of violation of the principle of separation of church and state. Meanwhile, French churches are showing an alarming tendency to mysteriously go up in flames—twelve were attacked in one week in 2019. The most famous conflagration was of course Notre Dame, the cause of which remains unexplained. To all of this, the established church turns a blind eye. Perhaps not surprisingly, the congregations continue to dwindle. In 2012, just 7% of baptised French Catholics attended Mass. 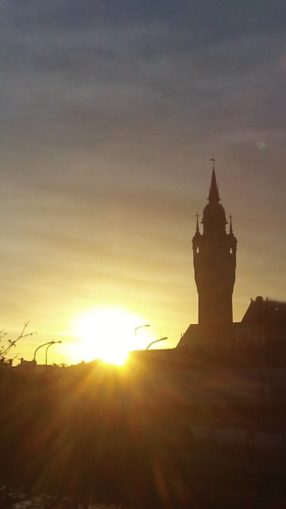 In the background, the constant drumbeat of unrest in the jungle of the banlieues never seems to go away. Arab areas are increasingly segregating themselves from the rest of the nation, and religiosity is taking the place of sense of citizenship. The explosion in the immigrant population in recent years has exacerbated these trends, as new arrivals tug established and integrated immigrant communities back into the cultural and religious orbit of the homeland.

Though he does not seem to care how many protesting Français de souche end up in hospital, Macron has tried to avoid antagonising the stroppy banlieue Arabs, illegal immigrants and leftwing street thugs. He knows these groups can and do create large-scale unrest, so the police treat them with kid-gloves. He knows too what former interior minister Gérard Collomb said in November 2018: “Communities in France are engaging in conflict with each other more and more, and it is becoming very violent… today we live side-by-side. I fear that tomorrow it will be face to face.” He will have remembered retiring president Hollande’s despicably insouciant verdict on the nation he was passing on to Macron: “France is on the verge of partition.”

And he will be aware that it will soon be impossible to win a French election without relying on the Muslim vote. So he panders to it. You don’t have to be a mind-reader to understand this. Macron’s tweets and other remarks, spell out pretty clearly what he thinks of his homeland. “Il n’y a d’ailleurs pas une culture française” (“And there is no such thing as a French culture”) “Les français doivent accepter l’islam. Le refus du multiculturalisme, c’est de la trahison” (“The French must accept Islam. To reject multiculturalism is treason”). In Macron’s eyes, populists are “lepers.” These remarks were glossed over by the establishment media, whose first priority was and remains to keep Le Pen out of power. But they are, I suppose, are the nearest thing we have to a declared Macron philosophy.