Following on from Novak and Goode’s excellent postcard from Vilnius, I thought I’d share some photos of our trip there in October last year.

I’ve been before as my mate married a Lithuanian girl and got married there. My sons were 16 and 13 and I felt that a trip to the KGB museum was a must because of the history and reality shock of the detention centre beneath.

A quick slide shows the level of losses in the country during Soviet/Nazi  occupations. 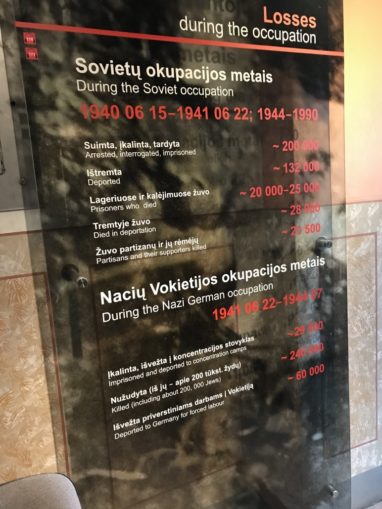 Whilst the museum above detailed the history and displayed a variety of items made by prisoners out of their hair or teeth as well as guard uniforms, the most macabre of interest was reserved for below. 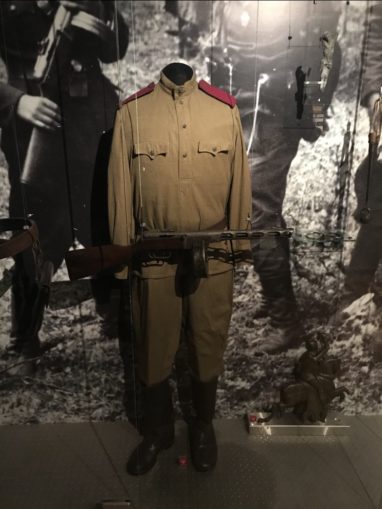 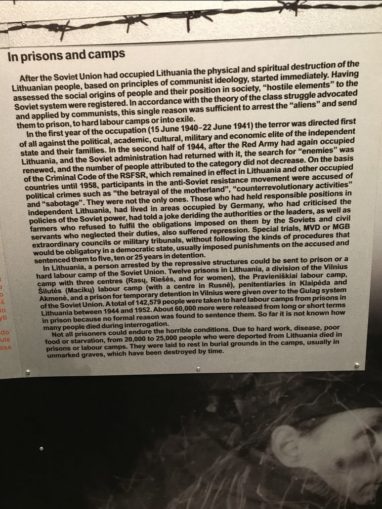 Downstairs, the first area you come to is a booking in reception area where a small hatch is used to announce new guests.  The picture is of the other side where papers and details would be recorded. 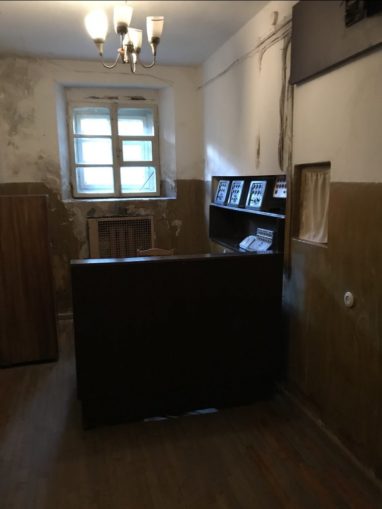 Whilst this was happening, guests were held in cell where they could only sit. These could also be used for long periods of detention as an initial torture/control technique. 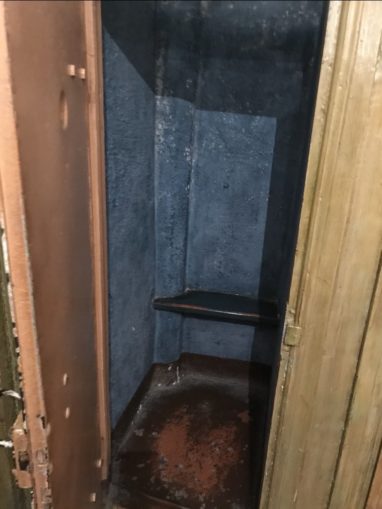 A typical cell for detainees 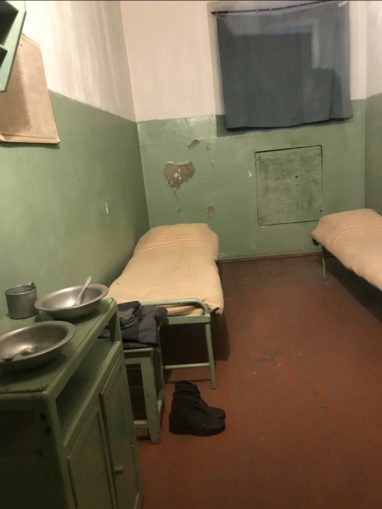 And one for families. 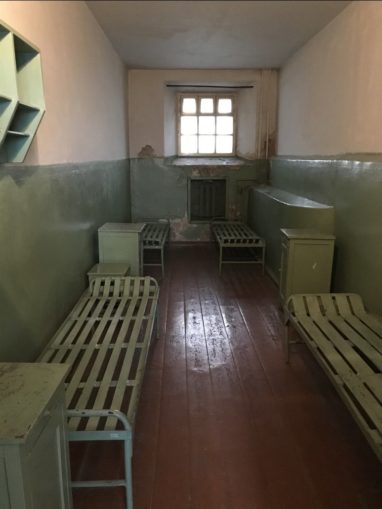 Visitors were routinely placed in strait jackets and left for days in padded cells, easy clean walls and flooring. 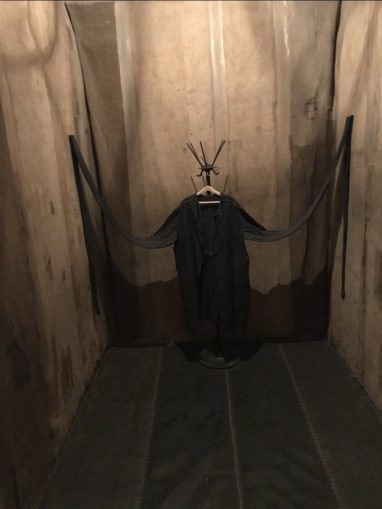 This was all pretty shocking stuff but this took the biscuit. Originally buried, the museum dug out the floor of this cell as it appeared different to the others. In the middle is a disc on which prisoners were left to stand while the water around them was electrified. 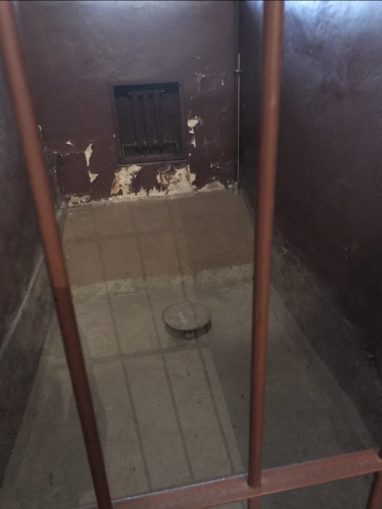 The exercise area with individual yards. A walkway for guards can just be seen above. 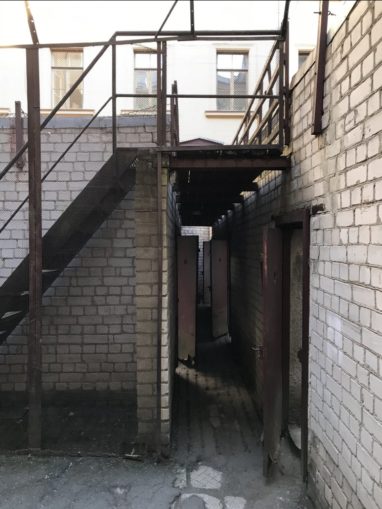 After venturing along the corridor, a door to the right leads into a courtyard with the exercise area one way and a set of enclosed steps the other. I don’t really believe in all the old ghost and occult crap but as we descended those stairs, I’ve never smelt death but I imagined that this was what it reeked of.  So you either got a breath of fresh air in the yard or a bullet. 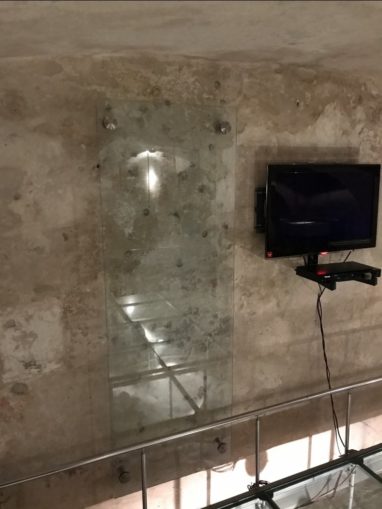 An explanation of the numbers involved. 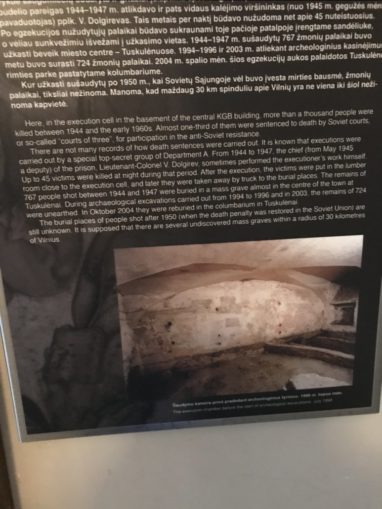 SB wanted some articles and I don’t know why, I immediately thought of this as one of the most interesting places I’ve been to. Attached to the running courthouse on Gedimino Pr., with low level guard posts with gun slots on display externally, it probably says more about me than the place itself. I know, I don’t get out much.

In his latest book (“The Body – a Guide for Occupants”) Bill Bryson highlights the limitations on what money can buy. He points out, for example, that America spends more per capita on healthcare than [more…]

Background For the last 15 years I have been traveling to Central Europe each month on business. Many of my trips are to Lithuania and Poland, so I have decided to send a postcard from [more…]