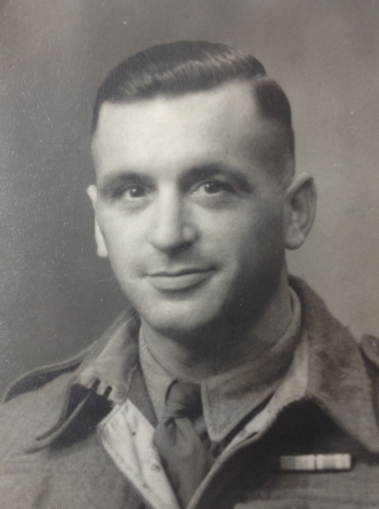 We lived together for 16 years yet I hardly know anything about him.
He was built like the proverbial brick shit house and all muscle.
He never ever laid a finger on me and I did give him reason sometimes.
Once I threw a dart at him very hard and it stuck in his upper arm.
He pulled it out and walked away saying nothing.
I loved and was terrified of him.
I know that he had a Scottish mother and both parents died when he was an infant and he was brought up by an aunt.

My uncle told me that they became best friends.
he said one day he said.
“I am going to marry that girl”
“That is my sister”
They did marry and were together all the rest of their lives but dad went first from the cancer.
He never had much of a break in life, sold his labour.
Mother was a God botherer, went to Church twice on a Sunday but dad would never step foot in there.

I assume he was conscripted into the WWII.
He was captured early on at Bir Hakeim and spent the duration in German POW camps running away 3 times.
He had a scar where a bullet went through his wrist.
He got a medal from the French but nobody knows what for, he said it was for making the colonel a cup of tea, he thought the French Foreign Legion were seriously competent guys so it might be something he did for them.

We hardly ever spoke but there was a tacit understanding of each other.
When I sometimes think about him I weep.

Gotham must be destroyed ©

Growing up in a working class family post war. Let’s try to imagine. The State made your parents go to war and risk their lives to defend the state. Doubtless most would have done that [more…]

I don’t want to sound boastful but I think I started very early. All I ever did was think. I thought within my capabilities but the important thing that you need to understand is that [more…]

A Sacrifice of Three

Robert Ryan was my great uncle. This fading photograph is the only one we have of him. He gave his life for King and Country when he died on 7th November 1942. He was 20 [more…]