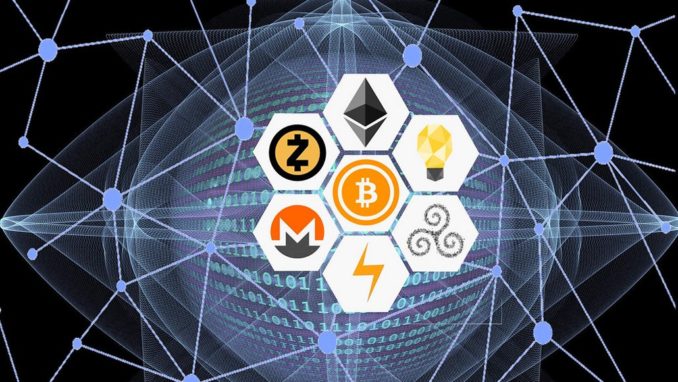 I have long thought about and written about the incredible opportunities that decentralized digital technologies have brought forward, especially when it comes to solving financial and monetary problems. The more these technologies and their applications develop and mature, the more I believe they hold many of the answers to some our most complex challenges. Chief among them is the future of money itself: the idea of a decentralized, robust and independent system of freely competing private currencies that protect their users’ privacy and allow for full financial sovereignty.

However, this vision now appears to be under threat, as statist forces and old institutions have entered this same arena, began using the same tools and started developing their own structures, all pushing towards a very different kind of future: One that is based on strict central control and the concentration of power in the hands of the few.

Ever since the last boom in the crypto space in 2016, many large banks and financial institutions expressed interest in blockchain technology and digital currencies in general. This trend went on and intensified over the next few years, with governments eagerly joining the race. While there were some early frontrunners in this space, like China with its digital yuan, over the last year, we saw a dramatic acceleration in the number of new projects and plans announced by governments all over the world. The rise of Central Bank Digital Currencies (CBDC) has well and truly began.

Sweden recently announced it expects to will have its CBDC ready in 5 years, the Bank of England is also working on one, while in early May it was reported that the US will be launching 5 pilot programs over the next year to research and generate data that could help in the development of a digital dollar. The central bank of Uruguay, Thailand, Canada, and Singapore are also among those that have announced their own CBDC programs.

A wolf in sheep’s clothing

All these governments and their central banks have presented their projects using very similar language. They try to sell them as innovative ideas, signs of great progress and the next natural step in the evolution of money. They promote them as convenient and secure alternatives, efficient and solid solutions and they promise they will make life easier for businesses, banks and ordinary citizens. They will help transmit policy decisions frictionlessly, they will bring down costs all around and they will provide real-time data on economic activity, which would help immensely in improving domestic economic planning. Most importantly though, they claim that they will keep us all safe, as they’ll make monitoring simpler for governments and offer a much wider surveillance net, to catch all the money launderers and tax evaders and other dangerous criminals.

Of course, this all sounds fantastic. The only problem is, none of it is true. You see, in order to fully understand and appreciate the severity of the risks that come with the development and wide adoption of CBDCs, we must make one essential distinction: Unlike cryptocurrencies, most of which are decentralized, independent and privacy-oriented, CBDCs are nothing more the digital version of existing fiat money. There’s nothing innovative about them. They are just digital representations of the same centrally controlled, freely manipulated, and extremely vulnerable and unsustainable state currencies we already have.

As far as the basic functions of money go, CBDCs have absolutely no advantage to offer over traditional paper money. Not for the average citizen, business owner, or saver, at least. But even though they bring no improvements to ordinary people, CBDCs definitely come with an impressive range of advantages for the institutions that control them.

The problem of direct control

One of the longest standing frustrations of central planners everywhere is their inability to make the economy and its participants do what they expect them to do and comply with their forecasts and their models. The policy transmission problem has plagued them for decades, but it becomes even more apparent in times of crisis, when “recovery” efforts and stimulus operations are needed the most.

Time and time again, all their cures and silver bullets either prove entirely ineffectual, or more frequently, they backfire quite spectacularly and they end up making the problems much worse, or even creating new ones. We saw this in the aftermath of the last crisis of 2008, after the massive waves of QE and artificially suppressed interest rates created serious malinvestments and distortions in the economy and in the markets. And we’re about to see it again, on a much larger scale, after the unprecedented global stimulus efforts in response to the covid crisis.

To any rational person, it is plain to see what is wrong with their approach. It is simply impossible to centrally control and micromanage a system as complex and intricate as the economy and it is pure hubris to try. To the central planner though, the problem is completely different. It’s not about getting their theories and models to fit the real world, it is about getting the real world to comply with their models. And to do that, one needs a direct line of policy transmission and a way to keep all other parameters constant, to eliminate unpredictable factors and to ensure the policy direction is followed to the letter. In other words, they need direct control not just over the money supply and interest rates, but also over the range of choices that citizens have.

So far, this kind of direct transmission line was available to central bankers and governments only for large, “systemic” banks. However, CBDCs are set to change this. As Denis Beau, deputy governor of the Bank of France, stated in an interview in April, they could give new types of businesses access to ultra-cheap central bank funding and open up the sphere of direct control way past the baking system. CBDCs could be distributed to private businesses of all sorts, but also directly to consumers, allowing savers to store their money at the central bank.

The implications are as obvious as they are disastrous. The kind of absolute control this would hand over to state authorities would essentially spell the end of financial freedom. We saw how much existing policies like negative interest rates already curbed these liberties, by penalizing savers and conservative investors. The damage this caused was severe, even without a direct transmission mechanism. In a CBDC scenario, that would have been immeasurably worse. In that scenario, negative rates can simply be directly enforced, straight on to the savers’ account. Other inspired policy ideas, like bail-ins and “haircuts” we already saw in Cyprus and elsewhere, become much more efficient and practical to implement. Account freezes, confiscations, unlimited monitoring, blocking certain transactions or trades and incentivizing others… the manipulation potential of the entire economic edifice is limitless. It is also certain to end in a total disaster, but we know from history this never stopped central planners from trying anyway.

A fork in the road

As more and more governments enter the fray and try to claim the digital space for themselves, it is important to understand the full scale of the threat they present, but also to be aware of the ways and opportunities we have to avoid it. We are still going through the early days of it, but there’s a battle ahead, one that is set to prove historically definitive. That battle is between the old powers that keep pushing for even more control and further centralization and the forces that seek protect and preserve liberty, individual self-determination and a truly free market, in money, but also in everything else.

On the surface, it might seem like all the legacy institutions, government agencies and state authorities have the advantage. After all, they already control so much ground and they already have all the “legitimate” tools to enforce their will and punish dissenters. However, it is useful to remember that in this day and age, most of these old tools are blunt instruments and most of state power is brute force. Even when they try to enter the digital arena, they lack the innovative spirit, the agility and the creativity to do so in a meaningful way, so they just end replicating antiquated strategies and structures that have long ceased to be seriously competitive or even viable.

On the other side, however, stand those who espouse the true principles of our new digital word and of technological progress. They’re much more nimble and they have purpose-built tools. Truly decentralized systems will always prevail, as they’re not just infinitely more resilient, but also in line with the natural order of a free market, of voluntary exchange and of spontaneous human cooperation.

For those of us who understand monetary history, and especially for precious metals investors, what happens next is quite easy to predict. We’ve seen this so many times in the past. When empires and central authorities or all sorts become weaker or threatened, they tend to overreach and embark on desperate campaigns to regain power that always backfire. The battle for the future of money is likely to be no different. And after the dust settles, we’re bound to see a new landscape. I personally expect the only thing that will remain unchanged is the role of physical gold and silver as a reliable store of value, likely dominating the physical space, while the realm of daily transactions, payments and investments will be shaped by competing currencies.

At that point, it matters not which digital coin will emerge as a leader for which function or whether there will even be such a thing as clear leader. The more important thing is the process through which we arrive there. Free competition and the freedom to choose whatever alternative one prefers is the key to a better, fairer and much more robust system.

“The seeds have been sown for unrest in 2020 in Europe”

Interview with Godfrey Bloom The latest election in the UK promised to bring about a long-overdue end to the Brexit story. Getting out the EU has been a long and winding road for Britain and [more…]

Modern society never it seems these days platforms morality debates. BBC’s Moral Maze went woke decades ago which negates the whole point of a philosophical discussion. I list here a number of moral questions on [more…]

War on Cash: EU steps up the fight

The prolonged and repeated lockdowns, business closures and travel bans have caused widespread economic devastation and changed the way all of us live, work and interact with each other. These were the most obvious changes [more…]