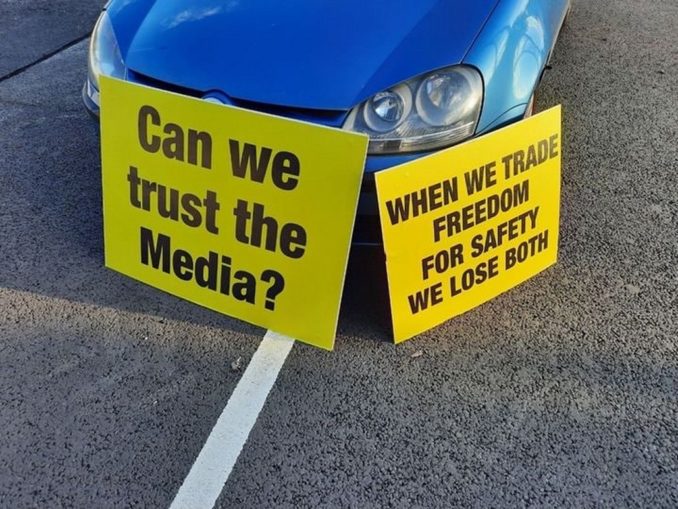 I received a picture from a cousin in New Zealand regarding the by passing of the rotten media and standing on the side of the road with placards.

This seemed such a fantastic idea I decided to discuss this with David Clews of Unity News. I had been involved in a documentary with David regarding the affect Lockdown had on people. David is pro active, intelligent and receptive to new ideas. He jumped at the chance of creating something away from city marching and involving local communities. 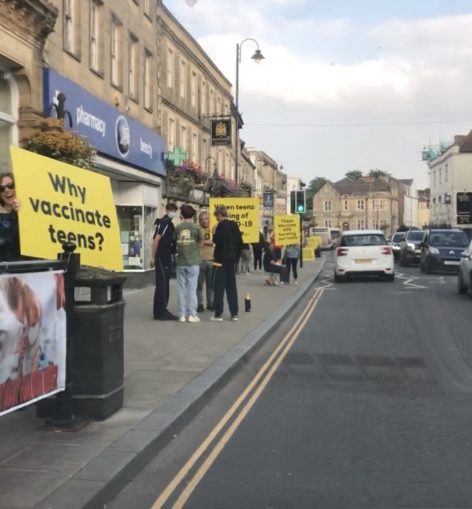 Some wording needed to be changed. OK, that was left to him and also left to him to source the boards and the printer. All done we had 15 sets of 10 boards. We thought that would be enough. Hahahaha….. the 15 sets were ordered the night he he showed them on his show. We then had to work out spacing when cars are driving 30, 40 or 60 mph. We decided 25 ft between each board would work.

That was beginning of August. 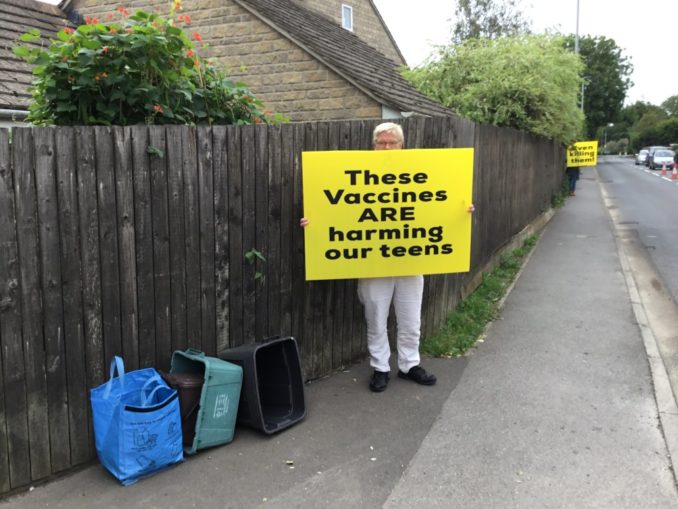 The rush was on to create another 20 sets. I had three sent down to me. We had teams ready to go in Warminster, Westbury, Frome, Bruton and Glastonbury. Our boards arrived and the first set went on the side of the road the very next day in Glastonbury.

I wasn’t concerned about standing on the side of the road. In my years of campaigning for freedom and the Veterans I was used to being ‘an idiot, bigot, racist, etc etc’. However, I was not prepared for the level of ignorance and brainwashing.

Brexit was bad and indeed brutal in the sheer anger towards the leavers. Covid was more the refusal to face the truth.

Our boards have now been out every day of the week with teams standing for an hour at each location. Usually one location at a time but as the vaccination roll out has increased we have been out twice a day. The response has been very different in each location. Ranging from utter disbelief, to laughing at us, to calling us murderers, to asking really pertinent questions. As the weeks have gone on we have seen a real shift. The teachers have become really hostile and the students have starting asking questions. 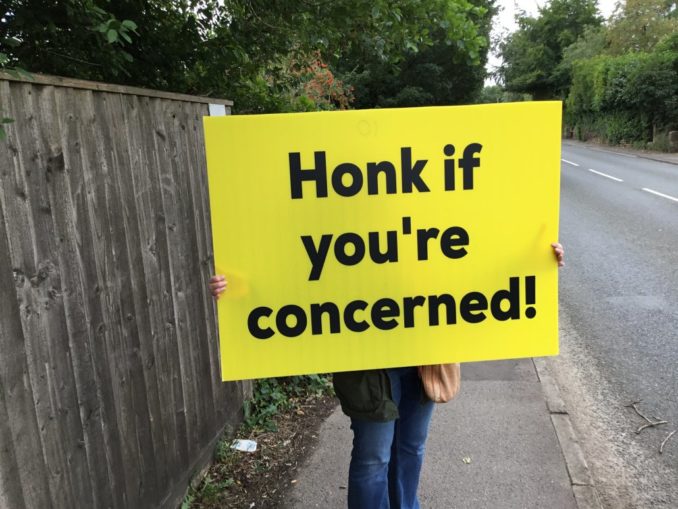 Channel 4 did a piece on one of our groups that was an outright propaganda hit. Which is why I am writing this article. Nothing they broadcast was true. The result is one of our young men has been asked to leave his rented accommodation due to ‘hanging around schools’. You know what they are inferring.

However, there has been more good news than bad. Another school, which I will not name, has asked one of our Team Leaders to give a talk about the vaccination. This was requested by the pupils themselves asking for more information and then a debate.

Our boards have become iconic. We have 180/200 boards out across the country. Kate Sherimani used them in Brighton and Piers Corbyn in London. Many groups took their boards to the London Marathon on Sunday 3 October and we now even have an amazing young women using her version of the boards to walk through a shopping centre with the holders dressed in white hazmat suits. Really wonderful.

We are winning this fight. We need more people to have the confidence to speak out and that will begin to happen as folk realise they are losing more freedoms and indeed their jobs. Personally I have never felt more alive and focused on protecting the future for my grandchildren and great grandchildren. All we need to know is the Dear Lord is with us. This is the spiritual versus evil fight of the universe. The biggest shift in humanity for thousands of years. Far bigger than people realise because if we keep our eyes closed there will be no humanity as we know it on this earth within a few short years.

Reasons to be cheerful

Having lurked around these parts for a while quietly enjoying the conversation, I know that a lot of people on here worry about what sort of world our children will inherit.  Although reports on the [more…]

I have been struggling for a reasonable historical analogy to illustrate  where the western democracies are going today. As we have clearly entered a new dark age I do not intend to  hypothesise when exactly [more…]