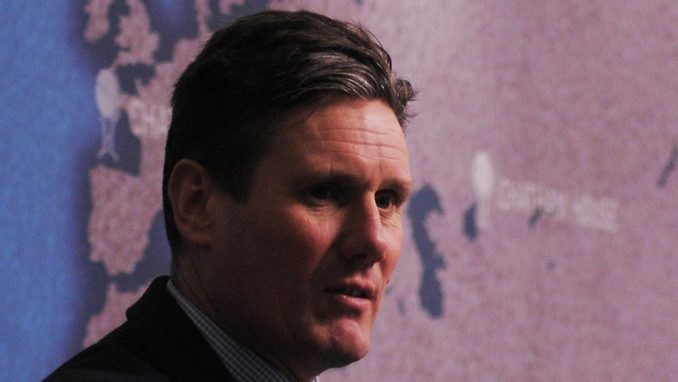 Do the math as our American cousins say. Keith has said he wants to form a Labour government but has no intention of negotiating with any other Party either before or after the election. We all know that Labour has previous when it comes to fiddling figures but this is preposterous.

Labour only ever formed governments in the past because they won most of the 50 odd seats north of the border. The exceptions to this were outliers; Atlee’s 1945 victory and Tony Blair’s first 2 victories which started with a 179 seat majority in 1997. This majority had sunk to 67 by 2005 as ever more people realised that Blair was just a snake selling snake oil. Remember that for every seat over the 326 line, the majority increases by 2.

Blair’s success was down to him being a very good actor and the Tories being in disarray. In 1997 he was up against the much discredited and derided John Major with his sleazy administration. In 2001 the opposition was led by Billy Hague, a man who regularly trounced him at PMQs but was a PR disaster. In 2005 it was Michael Howard’s turn to lose and lose he did but not as badly as the previous 2 even though he had something of the night about him.

The SNP now win almost all the seats in Scotland despite their pretty grim record in their devolved government. This deprives Labour of around 50 of the Scottish seats they considered their own property until recently.

For Labour to win a GE and avoid relying on the SNP they will need England and Wales to provide the numbers. This only happens when the opposition Tories are a shambles. We have a Tory government is such a disarray right now. With the nonentities now jockeying for the leader’s job, this shambles is likely to continue.

The other requirement is for a Labour leader who can convince the electorate to vote for him. Keith Starmer does not look like such a leader, a Madame Tussaud’s dummy would have more life. Labour, like the Tories, have nobody in the wings who looks like the type of leader they need.

At the next GE we could well end up with no overall majority leading to endless horse trading quickly followed by another GE.

Any Party looking to form a coalition with the SNP will be drawn into the dreaded IndyRef conundrum with all that entails. Would any leader dare to give the fishwife her referendum knowing full well that if she lost it, they would demand the best of 3 immediately. These SNP leaders are so desperate to be the one who leads the Scots to the land of milk and honey that is independence. The reality may not quite match the perception and the exit negotiations would be toxic.

With the cost of living crisis about to get much worse and the cost of energy about to go through the roof what are the options for the future. Blair is waiting in the wings with his new Party though the electorate seem wedded to the Tories and Labour. Will we have civil unrest in the Autumn instead of us just making a cup of tea ? Hard to tell but we haven’t suffered starvation since the 1920s/1930s. Wartime had rationing, I don’t think anyone starved but they were often hungry. Imagine these days, you will only get your ration cards if you have had all the jabs, can’t see people standing for that.

If the Tories get trounced by the LibDums there may be a chance of Keith going into coalition with them but such a government would be riven by arguments and the LibDums still remember the outcome of 5 years of coalition with CallMeDave, they got royally shafted. They got no credit and much of the blame. In fact it is to CallMeDave’s credit that he kept the coalition going. Had he not got it wrong on Brexit he would have that as his legacy, instead he is remembered as the man who gifted us Brexit.

It is a brave man who can predict what will happen later this year. Maybe we will just go and make a cup of tea.

Labour’s Tiger: The Betrayal of the Working Classes, Part Two

1997 and All That Do I have to say any more? Oh, go on then. Thus began the era of unlimited mass migration, from inside and outside the E.U. Globalists were in charge and didn’t [more…]

80 years ago this month things started hotting up. The Italians invaded Egypt and there was a fair bit of action at sea. On the 5th 6 Blenheims and 6 Hurricanes arrived in crates at [more…]

Monday Another week and the weather looks like it’s going to be grotty again. Heavy showers and even thunderstorms are forecast. I must say I have never liked thunder and lightning, I find it scary, [more…]